A German-owned supermarket chain with a slogan that promotes common sense has found itself under fire for showing the opposite.

Billa supermarkets, which have stores in nine European countries, this week uploaded a photo of peeled bananas on plastic trays covered in plastic wrap. 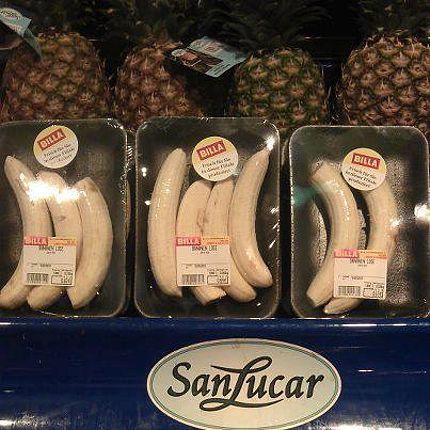 The move immediately drew criticism for what many called wasteful and unnecessary disposable packaging. The picture seems to have since been removed from the page.

Austrian Times writes that a spokesman for Greenpeace in Austria, where the bananas were sold, expressed his distaste plainly:

"If there is an easy to open ready packed food it's the banana -- peeling it only to pack it in environmentally unfriendly plastic is just madness."

A staggering number of consumers have since taken to social media to express their shock and outrage. A translated comment from Facebook user Andreas Forstinger reads:

"No doubt they should be condemned, but let's not forget: they wouldn't offer something like that if there wasn't demand for it. So it shouldn't just be Billa that is ashamed."

The supermarket has since apologized, according to the Austrian Independent, saying the "one off" mistake would not happen again.