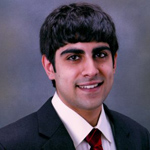 To a computer, your face is a set of points and measurements between your features, but to advertisers, these data sets mean lucrative profits and a new way to connect with customers. Facial detection technology is making it feasible to do real-time measurement and analysis of advertisements in the physical world and predict the products you will want to buy, based on who you are or what you look like. In a world full of cameras and ubiquitous gadgets, there are serious concerns of how far advertisers will take this. From the advertisements outside, to the televisions in your home - this technology will be coming to a screen near you. 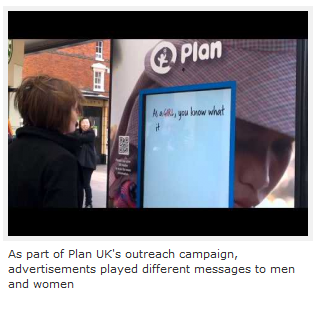 Next time you are looking up at a billboard, there's a chance it may be looking back down at you. Immersive Labs has developed software for digital billboards which can measure the age range, gender and attention-level of a passer-by, and quantify the effectiveness of an outdoor marketing campaign. Beyond just bringing metrics to the outdoor advertisements, facial detection technology can tailor ads to people based on their features. Plan UK, a children's charity group ran a bus-stop advertisement as part of their "Because I Am A Girl" campaign where women passing by would see a full 40-second clip, while if man saw the ad, it would only display a message directing him to their website. The next generation of systems could take this data collection much farther - an algorithm could judge whether you look happy, sad, sick, healthy, comfortable or nervous, and direct personalized advertisements to you.

Vending machines have been making a high-tech resurgence, selling everything from iPods to high-end cupcakes - some now include cameras that are analyzing your face. Facial detection technology can allow for the machine to present the customer with the items they would typically purchased, based on their physical characteristics. Kraft and Adidas use this to recommend macaroni recipes to busy mothers and walking shoes to older shoppers. In Japan, machines using this technology have had three times the amount of sales than the non-interactive style. Taiwanese researchers have developed machines able to determine a person's complexion, use of make-up, or frequency of shaving in order to recommend razors and beauty products they are statistically more likely to buy. Even Jell-O has their machines scanning faces in their promotional campaign for an "adults-only" pudding line - their machines don't let children have samples. 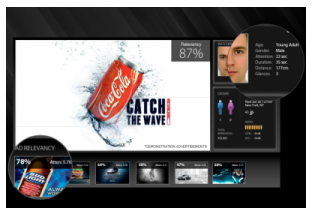 In the United States, television advertising still accounts for the largest amount of advertising expenditures. Reaching an intended audience has never been a perfect science, but with today's internet-connected TVs and attached devices, companies have a chance to peek into the living room to see who's around. Microsoft Kinect, the popular motion-sensing gaming device, has advanced abilities to identify its users, and an entire advertising platform built around "audience engagement" - being able to tell who is in the room, how old they are and whether they are paying attention to what is on the screen. Today, these types of sensors may be part of the television when you purchase it already; in the last year alone, Sony, Samsung, Lenovo and Toshiba have each introduced "Smart TVs" with facial recognition technology built-in. Intel is reportedly making this technology a centerpiece of its new push into the commercial TV sector, using it as leverage to bring reluctant media companies on board to their platform. At this rate, it won't be long before your TV is watching you as well.

These rapid changes raise important issues around permission and what consumers are willing to tolerate. Parents are not going to be thrilled about special advertisements that play for their kids only when they are out of the room. It is very difficult to "opt-out" of a billboard camera scanning your features from above. Measuring your our age and gender today could turn into marketing to your weight, race or emotional state down the line. The underlying technology enables both passive measurement and actively targeted marketing, but the privacy issues surrounding both are markedly different.

These concerns are just the beginning, with the possibility of widespread automated facial recognition on the horizon. With this, a person could be tracked and identified in a matter of seconds - complete with their shopping history and Facebook profile. But what is technologically possible is not necessarily socially and legally permissible. Consumers will soon have to decide what they are willing to accept - some will be turned off by constant deeply personalized advertisements, but others will enjoy the greater relevance of the new offers presented to them.