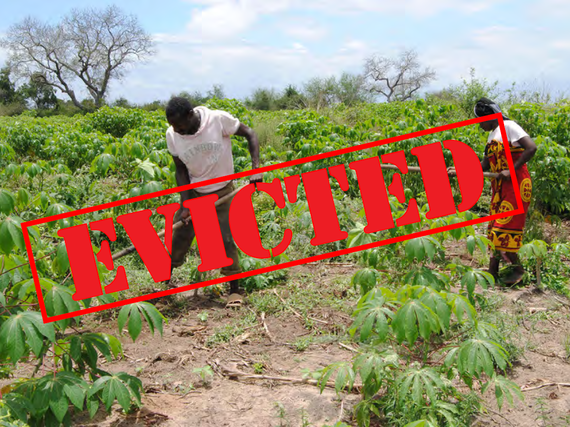 Up to 1,300 people in the Tanzanian District of Bagamoyo are facing eviction for a sugarcane plantation, as part of a billion dollar U.S.-funded initiative called the New Alliance for Food Security and Nutrition.

The $8 billion initiative, announced by President Obama at the Camp David G8 summit in 2012, promised to inject much-needed money into rural communities in Africa. Yet, the nearly $2 billion of U.S. taxpayers' money committed by the Administration to the New Alliance is being used to fund large agribusiness projects, some of which force poor farmers off their land.

One of the first of these projects to break ground is by a Swedish-owned company, EcoEnergy, which is fronted by an investor nicknamed "Ethanol Jesus" by his country's tabloids.

The company is already facing a police investigation in Sweden, following news that its head bought the rights to the project in Tanzania from his former company SEKAB for the sum of 400 Swedish Crowns (approximately $50), despite three Swedish municipalities being reported to have invested millions of Crowns in support of the project.

ActionAid's research has found that families are being forced off their land in Bagamoyo following an inadequate consultation process conducted by EcoEnergy. Many of the people affected reported that they were not allowed to choose whether to leave their land, and that they were denied crucial information about the impact of the project on their ability to make a living off the land and feed their families. 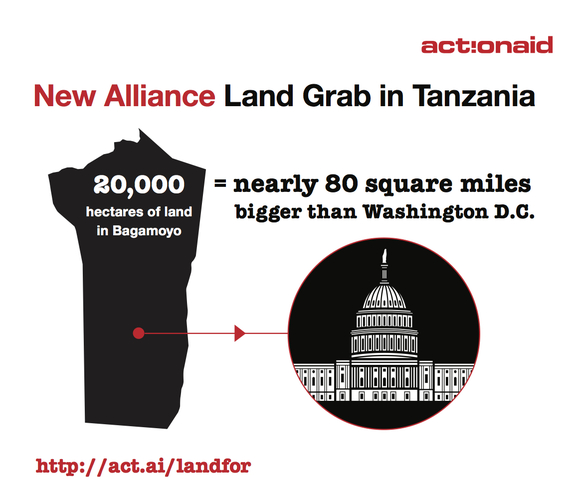 The Bagamoyo project will cover 20,000 hectares -- an area of land bigger than Washington D.C.

EcoEnergy claims that its project will inject $45 million a year into the local economy, but ActionAid estimates that it may only generate a maximum of $11.5 million per year. With the plantation likely to produce sugar for ethanol, both the product and the profits are set to leave the country.

One of the ways that EcoEnergy says the project will benefit the communities is through on "outgrower" scheme in which farmers would grow sugarcane and supply the company at an agreed price. But this will bring huge risk for the farmers, who will need to take out loans equivalent to $16,000 per person, or 30 times the minimum annual agricultural salary in Tanzania.

The company estimates that it will take at least seven years for the farmers to pay back the loan and make a profit. But even then, they will face higher costs as the food that they used to grow themselves will have to be bought, and they will have to pay for housing for their families elsewhere.

With more than 20 large land projects already in the pipeline in Tanzania alone, land in Africa is in huge demand. The large amounts of public cash on offer mean that international companies such as the tax-dodging beer giant SABMiller and other big players like food conglomerate Cargill and Monsanto, are keen to get in on the action.

This spells trouble for Africa's smallholder farmers -- the very people that produce up to 80 percent of the continent's food. Rather than allowing these farmers to be pushed aside when a big investor comes calling, countries like Tanzania and big donors like the U.S., should be providing the support that these farmers need to ensure food security and sustainable growth for African economies.

President Obama has a history of supporting constructive international programs that can reach women smallholder farmers with critical investments -- including his flagship L'Aquila initiative, some of the Feed the Future programs and the Global Agriculture and Food Security Program, but he got it wrong with the New Alliance, and it needs to be scrapped.

It's time for the administration to end its support for the New Alliance and focus its funding on supporting smallholder farmers in Africa, rather than initiatives that take away their land and livelihoods.