Cheryl Kramer was not looking for a new dog when she opened Facebook one morning in late September and stumbled on 12-year-old Billy's adoption listing.

"I needed a third dog like I needed a hole in my head," she says. "But it was his picture that stayed with me. I just couldn’t get him out of my mind."

Kramer, who lives in upstate New York, has a lot on her plate. A single mother to an exuberant 4-year-old named Ben, she has health problems that can be enervating and, at the time she found Billy online, already had two rescue dogs in her home. She even had her own personal philosophy -- which she calls her "two hands, two dogs" rule -- to help keep her pet-acquiring inclinations in check.

Still, she started emailing and calling Billy's rescue group in Virginia, rather hoping the folks in charge would tell her that Billy shouldn't go to a home with other dogs, or that he needed a nice retired couple who'd be with him all day. Perhaps living so far north would exclude her from ownership, she thought, since Billy's listing mentioned arthritis, which Kramer knew could act up in the cold.

"In the meantime, my son saw his picture and said, 'I really want him to join our family because he looks sad,'" Kramer says. 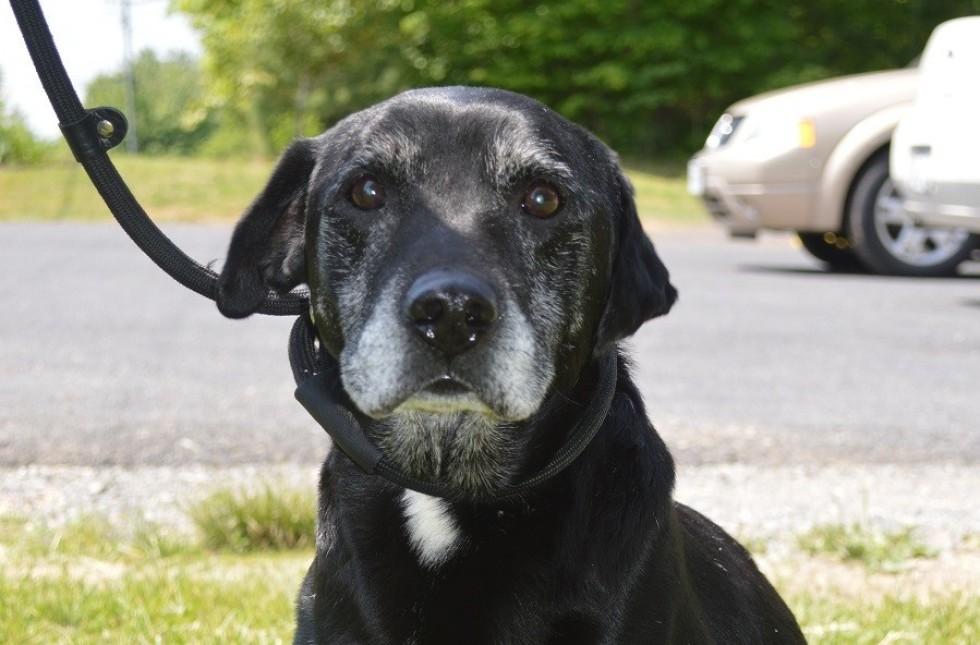 Billy's odds had not been great when he landed at a shelter in rural Virginia earlier this year.

"Billy was heartworm positive, Lyme positive, had double ear infections, worn teeth and was extremely stiff and arthritic," says Corena Huffman, who adds that the dog, then called Midnight, had been picked up as a stray.

Huffman is president of the Highland County Humane Society, which specializes in helping at-risk dogs, like Billy, get out of high-kill shelters and into homes.

"I love the underdog and special needs, personally," she says. "I think it is difficult for the senior dogs, but they do strike a chord with some people."

The group found Billy medical treatment and a foster home, where he quickly proved himself to be a "true gentleman," as Huffman puts it. Once Billy's adoption listing went up on Susie's Senior Dogs, a Facebook page for fans of grey-muzzled canines, the Highland County Humane Society was inundated with inquiries from around the country.

Kramer was among the first to reach out, and she didn't seem troubled by Billy's medical problems. But she told the center that she still had to consider making the final decision to bring Billy into her home.

"I really liked her, had a good feeling -- happy dance feeling -- at her first inquiry, but kept it to myself until we were ready to more forward," Huffman recalls.

It took about a week of fretting and ruminating -- would her other dogs be OK with this new pup? would she? -- before Kramer was ready.

"That picture," she says, again. "It just stayed with me." 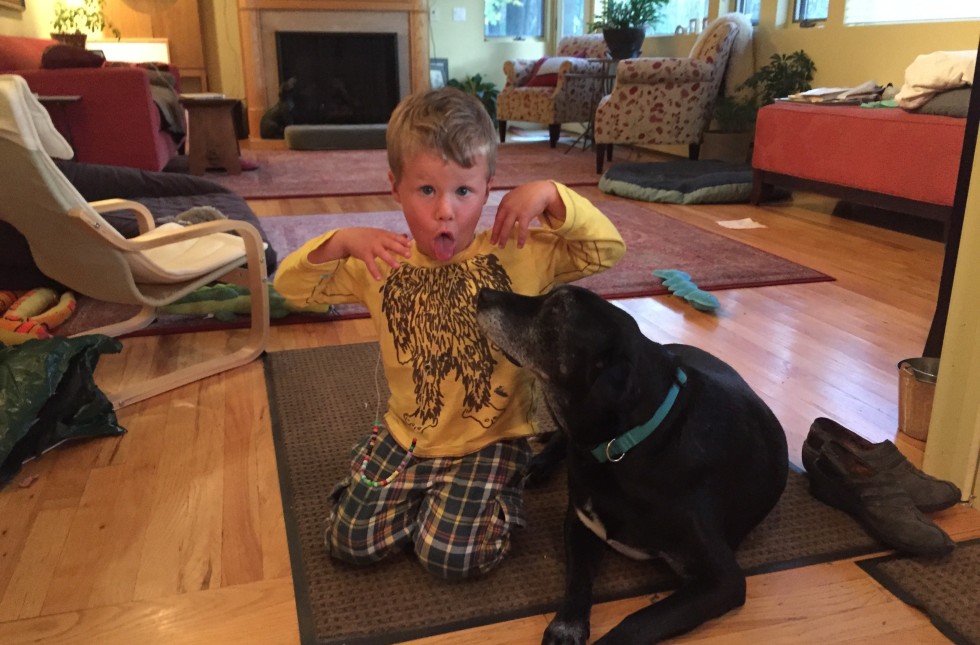 In early October, a volunteer drove Billy from Virginia to New York. (Kramer's health problems left her unable to make the long drive herself.) Once he'd settled into his new home, Billy's real-life personality proved even more compelling than his captivating photos had.

"Perhaps his most endearing quality is that he is the happiest dog ever with the dopiest grin ever," says Kramer. "He has the most loving personality, and his tail thump is to die for. Billy is love, and his presence is calming. He is an absolute joy to have around."

It's no surprise to Huffman. "Billy had a few points against him: senior, male, black dog with medical problems. But there is someone for everyone," she says. "Give an older dog a chance. They've had more life lessons and experience but just as much love to give."

It goes both ways. Kramer says that her son loves having Billy at the house, even if the dog has become a sneaky food thief.

"Ben has quickly learned the dangers of leaving any food or drink where Billy can reach it. For someone so slow, he is a stealthy little bugger who can find his way to another dog’s food bowl or any dropped food faster than we can," she says.

Billy seems to be doing well so far. He's slowly winning over Kramer's other dogs and has been accompanying Kramer and her son on their trips to and from preschool. He's also developing an affinity for chewing up stuffed toys and is even responding well to arthritis treatment. The hope is that Billy will eventually be able to go on regular family strolls, once the coldest part of the year has come and gone.

"I think it is important to state the obvious. I have no idea how much time Billy has with us," says Kramer. "I hope we have many more years with him, but, rest assured that whatever time he has with us will be filled with love." 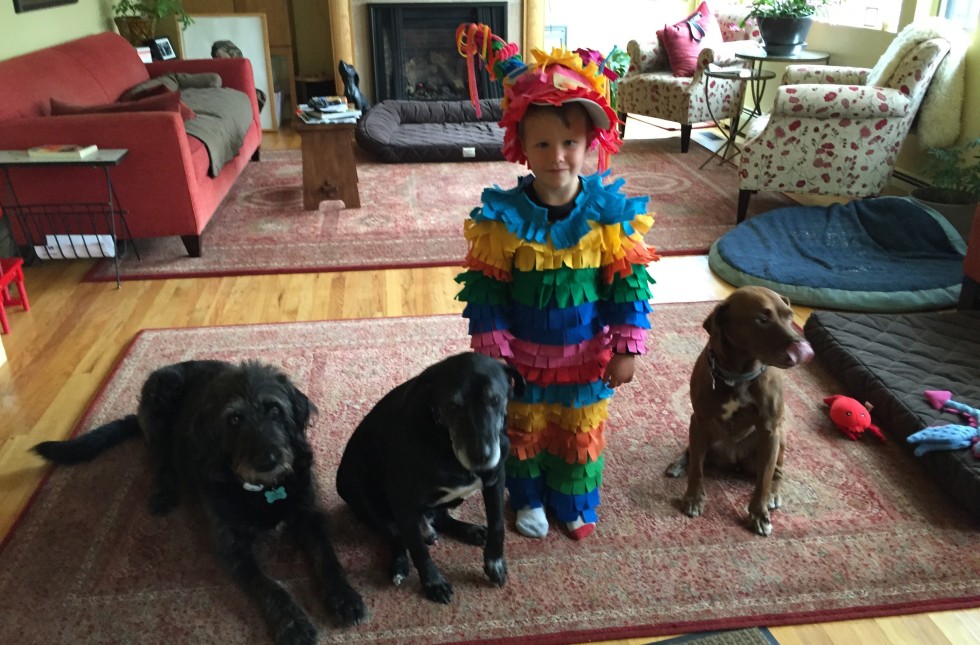 Ben dressed up for Halloween, surrounded by his dogs. (Image credit: Cheryl Kramer)