Responding to a question about equal pay during Tuesday evening's town hall style presidential debate, Mitt Romney launched into an account of the efforts he claimed to have made to include women in his cabinet when he was the governor of Massachusetts.

I went to a number of women's groups and said, 'Can you help us find folks,' and they brought us whole binders full of women.

Within minutes, Romney's answer to the question posed by voter Katherine Fenton had inspired not just a flurry of women-in-binders-related tweets (click through our slideshow below) but also the Twitter account Romney's Binder (@Romneys_Binder), which attracted over 12,300 followers by the debate's end and the Facebook page Binders Full Of Women, which had over 32,000 likes by the time the time moderator Candy Crowley concluded the event.

The piece de resistance, however, may be the Tumblr blog Binders Full Of Women. The site features numerous user-submitted interpretations of what a woman binder might look like and feelings about the concept.

There is Ryan Gosling's presumed response: 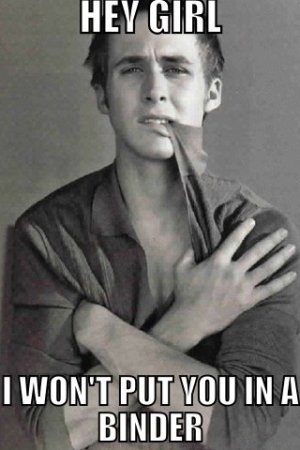 and this from Patrick Swayze's "Dirty Dancing" character, Johnny Castle: 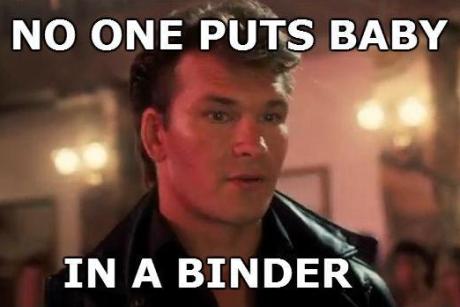 Early on, one user submitted a clever play on the Trapper Keeper brand of binders: 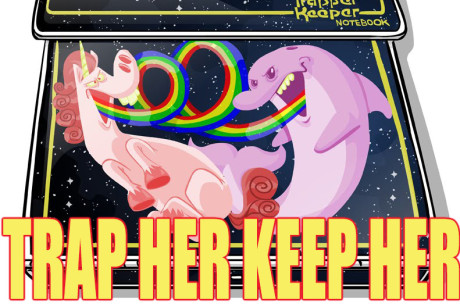 and of course, Hillz weighed in: 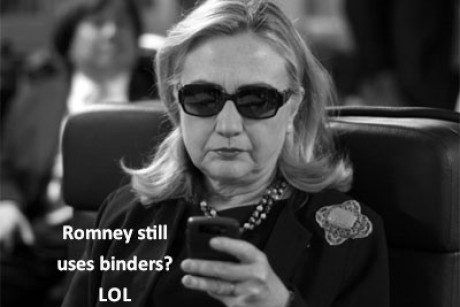 Have your own riff on the binders-full-of-women meme? Share it in the comments below!