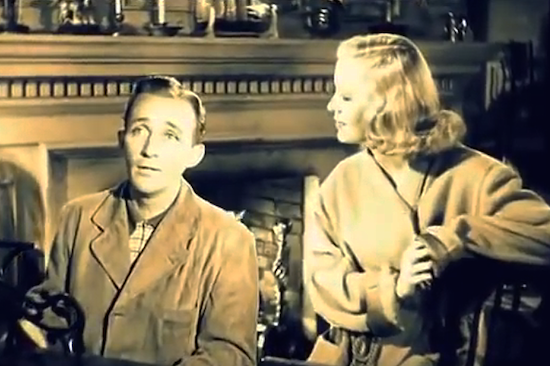 Bing Crosby conquered radio, film and the recording industry -- and made it all look easy. The celebrated crooner not only transformed the American music scene, he also played a pivotal role in the creation of the American buddy road movie.

For the uninitiated (living in a cave, perhaps), Crosby is best known for his version of the Irving Berlin song White Christmas. The tune, made famous in the film Holiday Inn (1942), and again in White Christmas (1954) is the bestselling single of all time, beating out Elton John's 1997 rendition of Candle in the Wind. The holiday classic left an indelible impression on the soul of American Christmas.

Crosby's niece, Carolyn Schneider, who lived with the singer's family for a time, recalls how "Uncle Bing" would often call her to breakfast in a "sing-songy way." And come Christmastime, he'd close down the family festivities by singing White Christmas "standing by the piano that was given to him from the movie High Society." How's that for a Yuletide experience to beat?

Yet Bing was so much more than White Christmas, as his love of jazz demonstrates. "Bing was entranced by jazz from the very start, as early as 1921 and 1922," Bill Stimson recounts. Stimson is a professor from Crosby's hometown of Spokane, Wash., who's penning a book on Bing's pre-Hollywood years. "Most people hadn't even heard of jazz that early. Bing decided it was the art he wanted to pursue."

Crosby's first musical love was the drums, which he started playing with a local Spokane band, The Musicaladers, while enrolled at Gonzaga University. (He eventually dropped out in order to pursue entertainment.) If he'd had his druthers, he could have very well finished up his career as a jazz drummer -- but the world just couldn't get enough of his vocal stylings, defined, as Stimson points out, as, "Hip-crooning. The hybrid he created. The vocal version of swing." 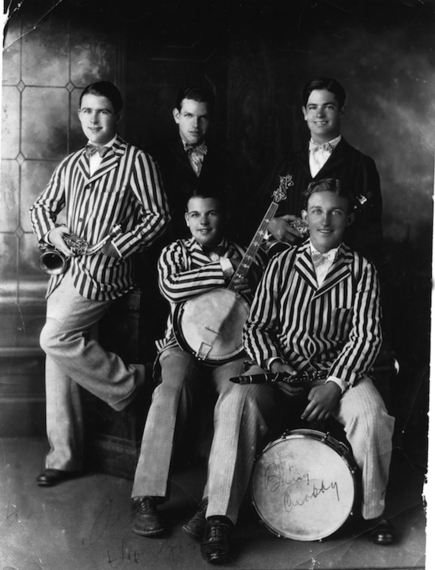 Apart from music, Crosby's lasting influence can also be felt in the cinema. The buddy road movie of today owes an awful lot to the Bing Crosby and Bob Hope road movies of yesterday. Films like The Road to Singapore and The Road to Morocco set the stage for latter-day classics, like Butch Cassidy and the Sundance Kid, Rain Man and Thelma & Louise. Even the Harold & Kumar movies owe a little something to the misadventures of Crosby and Hope.

The comedy duo, along with their ever-present onscreen love interest Dorothy Lamour (except for The Road to Hong Kong), ended up creating a 22-year film "bromance" half a century before the term had even been coined.

The premise of the films was almost always the same. Two guys hit the road and inevitably run into the girl (Lamour), tussle over her in a bantering manner, sing a few songs and ultimately strengthen their friendship.

Life "on the road" -- to borrow a title from Jack Kerouac -- afforded Crosby, the crème de la crème of crooners, and Hope, the king of comedic one-liners, the space needed to develop their enduring cinematic relationship. Bill Stimson believes the lasting attraction of the road flicks comes down to "how men, who are embarrassed at being too palsy, actually talk to each other -- an ongoing verbal wrestling match with no real hostility."

The best place to catch Crosby, of course, is in a theater. Every December, the Bing Crosby Advocates stage the Bing Crosby Holiday Film Festival at Spokane's Bing Crosby Theater -- on the very same stage where the actor first perfected his craft.

While this year's festival has already been held, come May, the theater will put on Bing's Big Birthday Bash (he was born May 3, 1903), celebrating all things Bing, including his road movies. Memorabilia from Gonzaga's Crosby collection will be a part of the centennial festivities taking place in the vintage theater palace -- which happens to be older than Hollywood's Chinese and Egyptian theaters. The man's enduring legacy, made apparent by the lives (and theaters) he's touched, lives on today.