Bing has a new tactic in its effort to catch up with its much more popular search engine rival, Google: tiny smiley faces.

The Microsoft search engine announced in a blog post Monday that it now supports emoji, so you can incorporate your favorite broken hearts, dancers and smiley faces into your searches. The trick will work in all English markets on desktop and mobile.

Bing isn't the first search engine to integrate emoji. Yahoo apparently already offers emoji support, and Yelp introduced support back in April. So when is Google going to catch up? Who knows, but the company did not get back to us when we tried to ask.

When could emoji searches possibly be useful? Maybe when you’re unclear what a particular emoji means, or if you were just too lazy to type out the actual word.

In case you didn't know what those giant stone head statues were.

Bing gave a few examples of possible search in a blog post: 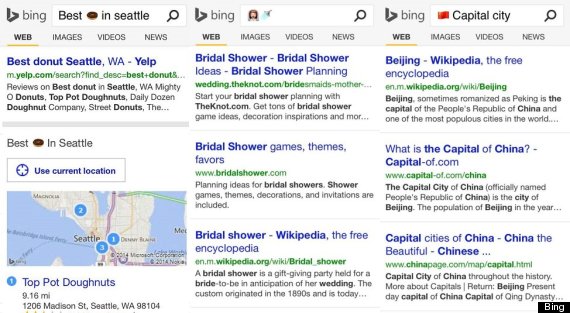 Typing the word donut just would have taken too long. 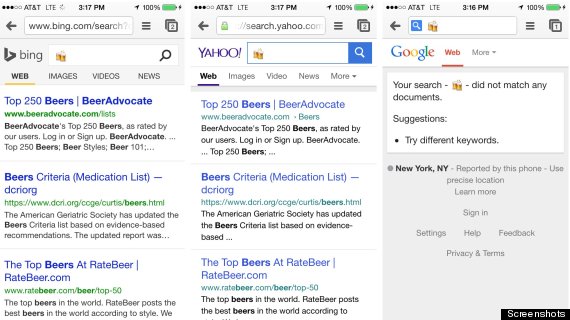 Bing and Yahoo support emoji, but Google hasn't taken the hint, yet.

Download
Calling all HuffPost superfans!
Sign up for membership to become a founding member and help shape HuffPost's next chapter
Join HuffPost
Voting Made Easy
Register to vote and apply for an absentee ballot today
Register now
Kerry Flynn
Kerry Flynn is a former fellow with HuffPost Tech.
Suggest a correction