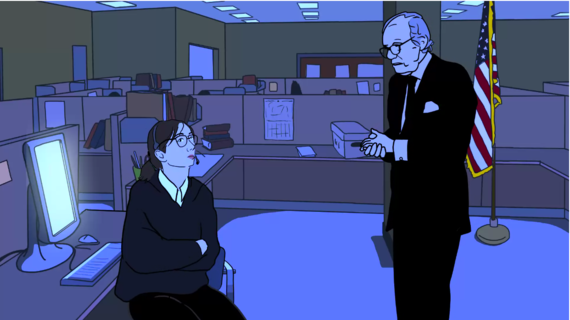 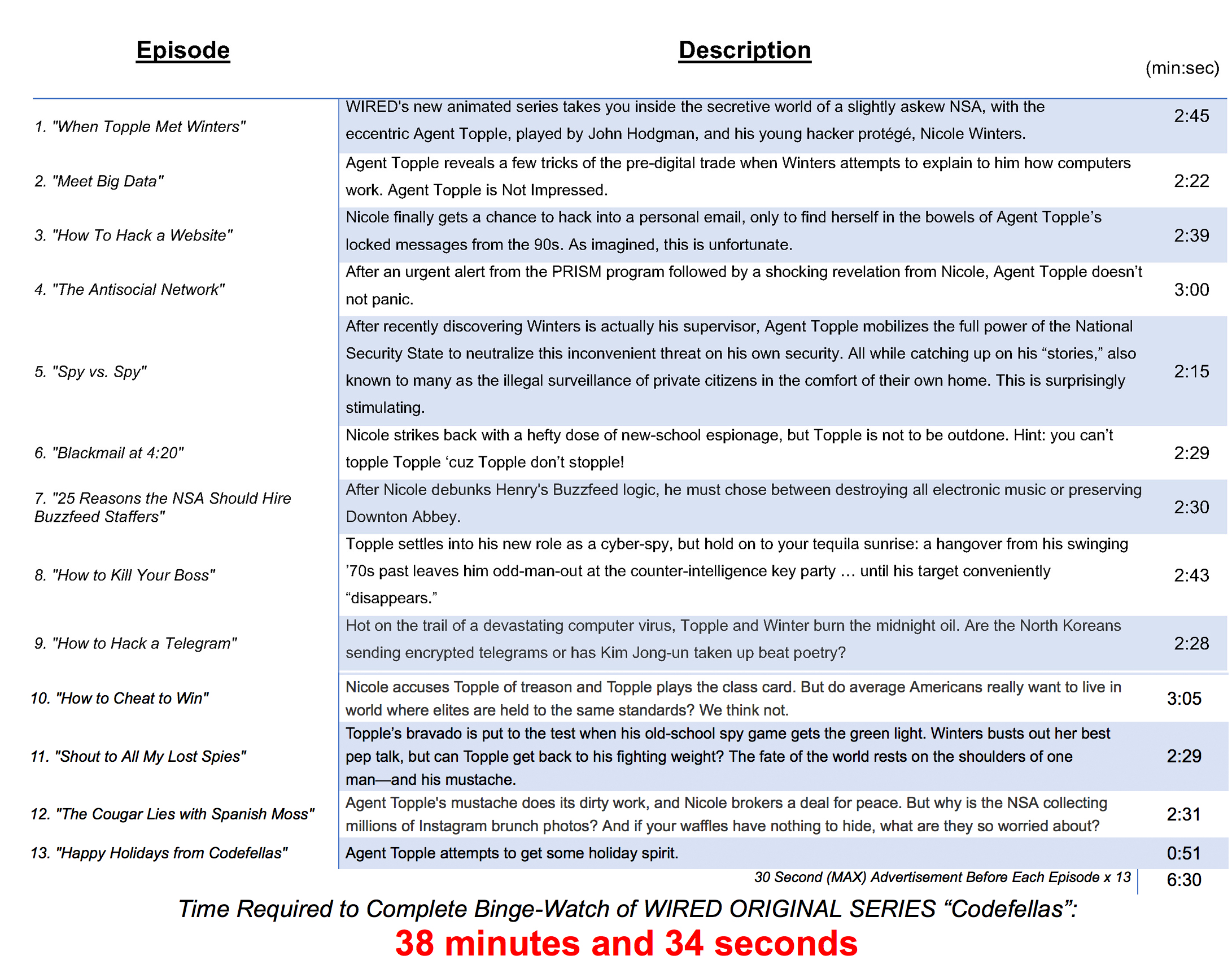 For the past year, I considered WIRED's greatest accomplishment to be The Untold Story of Silk Road. I was wrong. The best thing on WIRED is this information technology satire! It is worth the 39 minutes binge-watching will cost you. Start your "Codefellas" binge now!

WIRED's new animated series takes you inside the secretive world of a slightly askew NSA, with the eccentric Agent Topple, played by John Hodgman, and his young hacker protégé, Nicole Winters.

Agent Topple reveals a few tricks of the pre-digital trade when Winters attempts to explain to him how computers work. Agent Topple is Not Impressed.

Nicole finally gets a chance to hack into a personal email, only to find herself in the bowels of Agent Topple's locked messages from the 90s. As imagined, this is unfortunate.

After an urgent alert from the PRISM program followed by a shocking revelation from Nicole, Agent Topple doesn't not panic.

After recently discovering Winters is actually his supervisor, Agent Topple mobilizes the full power of the National Security State to neutralize this inconvenient threat on his own security. All while catching up on his "stories," also known to many as the illegal surveillance of private citizens in the comfort of their own home. This is surprisingly stimulating.

Nicole strikes back with a hefty dose of new-school espionage, but Topple is not to be outdone. Hint: you can't topple Topple 'cuz Topple don't stopple!

After Nicole debunks Henry's Buzzfeed logic, he must chose between destroying all electronic music or preserving Downton Abbey.

Topple settles into his new role as a cyber-spy, but hold on to your tequila sunrise: a hangover from his swinging '70s past leaves him odd-man-out at the counter-intelligence key party ... until his target conveniently "disappears."

Hot on the trail of a devastating computer virus, Topple and Winters burn the midnight oil. Are the North Koreans sending encrypted telegrams or has Kim Jong-un taken up beat poetry?

Nicole accuses Topple of treason and Topple plays the class card. But do average Americans really want to live in world where elites are held to the same standards? We think not.

Topple's bravado is put to the test when his old-school spy game gets the green light. Winters busts out her best pep talk, but can Topple get back to his fighting weight? The fate of the world rests on the shoulders of one man--and his mustache.

12. "The Cougar Lies with Spanish Moss"

Agent Topple's mustache does its dirty work, and Nicole brokers a deal for peace. But why is the NSA collecting millions of Instagram brunch photos? And if your waffles have nothing to hide, what are they so worried about?

Agent Topple attempts to get some holiday spirit.