You know that sitting for long periods isn't good for your body, but what does sitting in front of the TV do to your head?

What we're doing: Devouring a month of TV shows in a weekend. A Netflix survey published last December found that 61 percent of about 1,500 online respondents say that they binge-watch TV regularly (which was defined as watching between two and six episodes of the same TV show in one sitting). Netflix has also found that three out of four members who streamed the first season of "Breaking Bad" finished all seven episodes in one session.

Why we're doing it: For a couple of reasons, says Robert F. Potter, PhD, director of the Institute for Communication Research at Indiana University: Because companies want us to (Netflix offers up the next episode as soon as the previous one ends); because writers want us to (they structure dramas with cliffhangers at the end of each episode) and because we want to. TV captures our attention in more ways than one, Potter says. Plots, subplots and dialogue require us to pay close, controlled attention; scene changes, even when simple (Don susses out the kitchen, prepares to enter -- will he say anything to Betty?!) capture our autonomic attention. Our brain is hard-wired to monitor changes in our environment as a survival mechanism (it goes back to a slight shift in savanna reeds signifying a predator lying in wait), so it's hard for us to tear our eyes away. As long as something's moving onscreen, we're watching from the couch.

Why 5 hours in front of the TV can wear us out: Lounging slows circulation and metabolism, making you feel sluggish. At the same time, great TV shows, with complicated narratives and emotionally complex characters, are both cognitively and emotionally taxing.

Why it can make us feel good afterward: Cliffhangers leave us in a heightened state of arousal and excitement, Potter says. Then, if something positive happens (e.g., your husband looks at you with bedroom eyes), that excitement will carry over into your real life and make the experience all the more intense.

Why it can make us feel bad afterward: Sitcoms don't have cliffhangers, per se; they just end, and then you miss the "friends" you spent all afternoon with, says Potter. Your emotional state at the end of a show is also affected by how you felt when you queued it up. People who tried to forget about their anxieties by watching television had a 4 percent increased risk of developing insomnia, found one recent study. This is similar to any addictive behavior, Potter says. If you use something (alcohol, drugs, TV) to help you block out problems, you almost always feel worse later. The trick is to use TV as a reward for confronting and dealing with an issue.

Best binge strategy: Research shows that the longer you stay in the world of a TV show, the more it influences the way you see the real world. After a season of "Breaking Bad," you’re more likely to view the world as an unpredictably bleak, nihilistic place. So choose your post-binge activity carefully (now may not be the best time to go to the DMV).

Best way to break a binge: If your drug of choice is an hour-long drama, watch the first 20 minutes of the next episode. This will likely resolve the previous episode's cliffhanger but won't get so deep into the next storyline that you won't be able to turn off the TV -- and your longing to find out what happens next.

PHOTO GALLERY
Why You Should Turn Off The TV 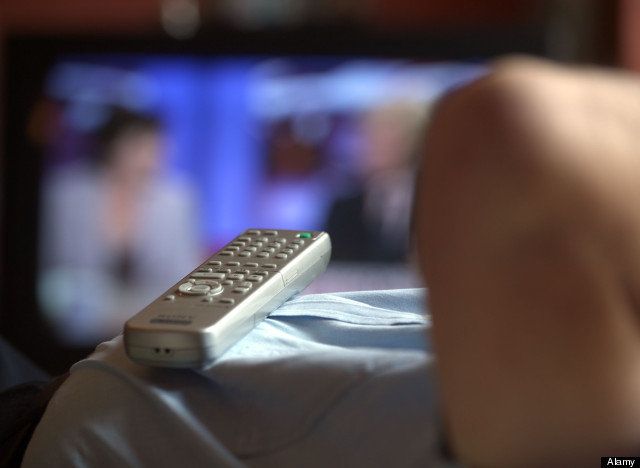 1 / 7
Improve Fertility
A Harvard study found that men who watch 20 or more hours of television (within the national average for men, <a href="http://economix.blogs.nytimes.com/2012/06/26/the-old-and-uneducated-watch-the-most-tv/">per the 2011 American Time Use Survey</a>) had a 44 percent reduction in sperm. But not to worry: turning off the tube and getting active could help. In the course of the same study, researchers found that <a href="http://www.sciencedaily.com/releases/2013/02/130204184531.htm">men who work out at least 15 hours per week</a> have 73 percent higher sperm counts.
Alamy