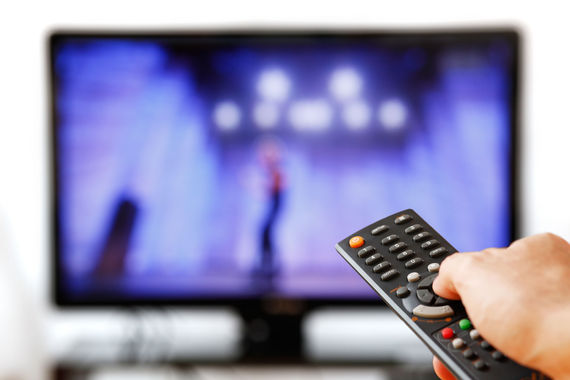 There have been a number of articles circulating the media in response to a research study which suggested there was a link between binge watching television programs with depression and loneliness. As a psychologist and researcher, I don't disagree with the finding, but I have some concerns about the media message that people shouldn't do this behavior in case it leads to harm. This study also reported that binge watching was associated with obesity, lack of self-control and addictive behavior. As a response, a number of people have been concerned that their watching behavior may be harmful, and articles in popular culture media are encouraging these fears. This blog addresses some of these issues and some frequently asked questions.

What is binge watching?
It's important to be clear about what we mean by the term "binge watching" because the basic definition just means spending a longer time than normal watching television. Most commonly, binge watching involves streaming content via an internet service, such as Netflix, which provides immediate access to all episodes in a series once the show is released. The more extreme versions of binge watching occur when an individual watches an entire series in a single day, most often going without sleep; however, this is usually only a rare occurrence. Netflix conducted a survey in 2014 where viewers defined binge watching as viewing between two to six episodes of a show in one sitting. For some people it's a normal part of their lifestyle to watch two episodes of a show back to back a couple of times a week, but does that meet a definition of a "binging" behavior? Now, television sets have been in people's homes for decades and it wasn't uncommon that a person would come home, switch on the television, and watch whichever programs came on for three to four hours before going to bed. Was that binging? Perhaps, historically there have been a number of critics on the effect television had on society (for example, George Gerbner). Binge watching would appear to be our current complaint about the possible negative effects of television on audiences.

Binge watching also frequently occurs in social situations -- for example a group of friends getting together to watch three or four episodes of a program --and this type of binge watching is not likely to be associated with loneliness or depression. The Netflix survey also found that the majority of viewers preferred to watch a show with someone else and the majority also reported that it made the experience more enjoyable. A recent survey with TiVo viewers revealed that only a third of the respondents reported any negative views towards binge watching.

Why do some people binge watch and others don't?
People tend to go through phases of intense television watching, and it's often dependent on their engagement with a particular series. Binge watching might occur for a number of reasons -- it can be a way to fill time due to boredom or loneliness, it can be because someone is committed to the series and wants to continue watching it because it's enjoyable. Transportation theory explains how when we watch a program that we enjoy we lose all sense of time and normal reality and become "transported" into the fictional world, understandably people who enjoy this experience would want it to continue for as long as possible.

There are also individual differences in media preferences, so those who binge watch are more likely to be those who gain more enjoyment from watching television programs, in particular certain types of programs than someone who has other hobbies or interests, such as outdoor sports. A person's social situation is also an important factor -- to be able to binge watch television a person needs to have the time available to sit down and watch a program for a long period of time. So people who have children or spouses, or those who have very busy work or social lives outside of the home are not likely to have enough time to engage in frequent periods of binge watching. For that reason, binge watchers tend to be younger persons, most likely adolescents or younger adults.

Are there negatives of binge watching television?
Yes, there are risks associated with spending too much time doing any single activity. The main risk of binge watching television is due to the increased amount of time spent watching the program and not attending to other important daily activities. Most often binge watching disrupts sleep, and as a result of sleep deprivation the person might not function well the next day at work or at school. Other negative effects might also include poor diet choices (i.e., unhealthy foods, too much or not enough food), lack of exercise, and, depending on how frequently the binge watching is occurring, a lack of socializing with others and becoming withdrawn and isolated.

It's also been shown through research that some people experience grief or sadness when their favorite television series ends, or their favorite character leaves the program. Grief is a normal response to loss and allows a person to adjust to different circumstances. Distress and sadness is the way our emotions tell us that there's something that we care about and value, something that we will miss when it's gone. Feeling sad when a series has ended is part of the process of letting go and moving on, so it isn't in itself a negative reaction. Ongoing grief when the distress impacts on a person's functioning or when it continues for longer than normal may be problematic, however this only happens for a small number of people. The majority of people are psychologically resilient and bounce back fairly quickly. The intensity of distress experienced by a person when a series ends is predicted by a number of factors, including the intensity of connection between the viewer and the characters in the series, how long they've been watching the series for, how many other series or characters they're engaged with, and the degree of loneliness can also be a factor.

Recommendations for balancing television watching
As with any behavior, the key is always moderation. As long as there are no negative effects and the behavior isn't disrupting important functions in a person's daily life, there are no problems with binge watching television. If media are always focusing on the negative aspects of contemporary life, we risk making people feel guilty for harmless behavior or for sensationalizing something that only affects a minority of the population. Having said that, if a person has any concerns that their television viewing is impacting on them negatively or they don't feel that they have control over their behavior, it's advisable to discuss this with someone or seek help from a professional.