If you're one of the estimated 5.7 million U.S. adults dealing with bipolar disorder, you know the potent control it can have on your moods, energy and emotions. What you may not know is how much power you have to control it.

Thanks to an emerging science called epigenetics, researchers have learned that DNA is no longer destiny and that each of us has the ability to influence how our genes express themselves to the rest of the body. With healthy lifestyle choices and environmental changes, we can actually alter our own destiny. 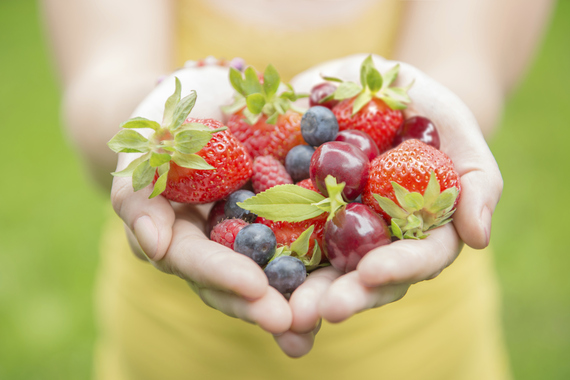 For those with bipolar disorder, it's an empowering message: No longer are you a prisoner of your genetics, thought to play a key role in the disorder. And through healthier lifestyle choices, you may be able to decrease your reliance on medication to manage your illness, although this remains a critical part of the overall treatment equation. By taking a holistic and integrative lifestyle approach that includes the practice of mindfulness and stress reduction, using nutrition based on whole foods, and adding a more active lifestyle -- what I like to call my Mind, Mouth and Muscle blueprint -- you can reduce the effects of the bipolar condition and improve the quality of your life.

This isn't just theory. I work directly with those with mood disorders and have seen firsthand the benefits that can result from choosing the apple over the doughnut, meditating rather than obsessing and ruminating over a life stress, and going for a walk instead of sitting for hours watching mindless TV. With each healthy choice that's made, you're influencing the proteins that switch genes on and off and affecting the messages that are delivered throughout the body. Consistently good choices translate into a better reading of your genetic script. You're also carving neural highways that lay down a foundation for new lifestyle habits.

This attention to Mind, Mouth and Muscle can also help with a condition highly associated with the diagnosis of bipolar disorder: weight gain. A 2011 review found that 68 percent of those who seek help for bipolar disorder are overweight or obese. The medications are partly to blame for the extra pounds, but the psychobiology of the disorder itself also plays a significant role as well. Those with bipolar disorder are believed to have lower levels of the chemical messenger serotonin, which can spark a craving for carbs and sweets.

Bipolar disorder also goes hand in hand with stress, which can cause a buildup of the hormone cortisol. When cortisol levels rise, our appetite for sweetness intensifies. And top that with new research that indicates that brain circuits involved with reward are more strongly activated in people with bipolar disorder. If reward is perceived, a tsunami of the pleasure neurotransmitter, dopamine, is secreted by the brain's reward center. The good news is that this dopamine-driven push for reward helps people with bipolar disorder become high achievers. The bad news is that they can also become side-tracked by short-term, pleasurable rewards like overeating. Not surprisingly, the foods that are over-consumed are the "hyperpalatables" -- sugary, fatty, salty food combinations. One result of these psychobiological interplays is that the self-soothing and rewarding behaviors can contribute to strong, addictive-like eating behaviors that may become destructive to mental and physical health and well-being. 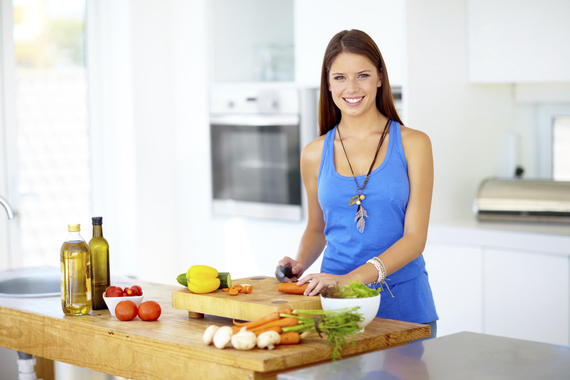 Here's what science says about what should be in and out of your daily nutrition in order to help control your weight and moods, as well as manage those cravings while reining in addictive-like eating behaviors. As you plan to integrate these tips, remember to practice mindfulness, being present and aware of your daily nutrition, and taking the time to savor each bite:

Omega-3 essential fatty acids -- A mountain of studies confirms it: Omega-3 fats, such as those found in fatty fish like wild Alaskan salmon, are not only great for general health, they can also help lower the incidence of depression. In fact, the more fish the population of any country eats, the less depression. If you need more proof of their power, consider this: At least one study has found that bipolar disorder is the No. 1 illness associated with lack of omega-3s. These are other fatty fish with high levels of omega-3 fats: arctic char, Atlantic mackerel, sardines, black cod, anchovies, oysters, rainbow trout, albacore tuna, mussels and Pacific halibut.

Refined sugar -- You are already on a mood roller coaster with bipolar disorder. Refined sugar throws your ride into further chaos. Processed refined sugar sends insulin levels soaring, which in turn sparks a roaring craving for more sweet stuff. Sweet begets sweet. When you don't get your sugar fix, a crash follows. Instead, satisfy yourself with moderate servings of the natural sugars in fruits and vegetables. A warning about artificial sweeteners: Ditch the Splenda and agave; they affect insulin levels in exactly the same way as processed sugar. Instead, use stevia, an herb that provides sweetness with no effect on insulin levels.

Magnesium -- Magnesium has been found to function similarly to lithium, which is often prescribed for bipolar disorder as a mood stabilizer. Adding magnesium to your diet may help to decrease the symptoms of mania or rapid cycling. Magnesium also supports good sleep, another problem spot for those with bipolar disorder. Top sources for magnesium include pumpkin seeds, spinach, swiss chard, soybeans, cashews, black beans and sunflower seeds.

Vitamins -- Vitamin deficiencies, especially of vitamins C, D and the B vitamins, are common in those with bipolar disorder. Vitamin B9, also known as folic acid, is especially crucial. A deficiency of vitamin B9 can increase levels of homocysteine, and higher levels of homocysteine are linked to depression. Low levels of vitamin D are also associated with mood disorders and depression. Here's another reason to make sure you get your full requirement of vitamin D: Research shows it may help prevent some cancers such as ovarian, colon and breast. Look for vitamin C in citrus and other fruits; vitamin D in fatty fish, beef liver, cheese, egg yolks and from sunshine; and vitamin B9 in foods such as beans, spinach, asparagus, mango and whole wheat bread.

Carbs -- Carbohydrate cravings come with the territory in bipolar disorder. The goal is to ditch the processed, refined carbs, usually found in manufactured foods, and stick with whole foods like vegetables, fruits and whole grains such as quinoa, barley and oats. Go for long-acting complex carbohydrates such as those found in sweet potatoes and whole grains. Try this tip for cutting carb cravings: Mix a serving of lean protein with fiber. Some examples are slices of apple and peanut butter, hummus and carrots, low-fat cottage cheese with berries, a peach and low-fat string cheese, and vegetables and salmon or chicken.

Alcohol -- Drinking alcohol is a bad idea on multiple levels for those with bipolar disorder. For one, the alcohol-drug interaction can make you very sick. For another, alcohol can disrupt sleep, and so many people with bipolar disorder already have sleep problems. Finally, alcohol can affect mood swings, sending them spiraling even further out of control. If you're socializing, opt for a glass of sparkling water with a twist of lemon or lime.

Caffeine -- Any kind of stimulant can precipitate mania, so it's best to pass on the coffee, Red Bull or any heavily caffeinated beverage. Tea, which has about one-fourth the caffeine as coffee, is a better choice than that $20 venti-size triple shot mocha. Top of the better option charts, though, are non-caffeinated herbal teas and refreshing water. If you want to jazz up your H20, buy an inexpensive infuser and add fruits, vegetables or herbs to your water. Infused water is not only delicious, it provides plant nutrients to help you kick sugar and caffeine cravings.

Fat -- Healthy fats, such as those found in avocados, fish, low-fat dairy and nuts, provide vitamins and minerals and are so satisfying you won't want to overeat.

Experts agree that bipolar disorder has no cure. However, we now know that simple lifestyle choices like opting for whole food nutrition can make a significant impact on the daily management of mood, energy and sleep. Combine that with improved stress coping abilities, along with regular physical activity and the result is a more optimized, effective and long-term treatment plan. There's no need to feel helpless, hopeless and defeated as so many with bipolar disorder do. You can make a significant difference in improving the quality of your life. And it all starts with being mindful of every mouthful.

Pamela Peeke, MD, MPH, FACP, is a Pew Scholar in nutrition and metabolism, assistant professor of medicine at the University of Maryland, and a fellow of the American College of Physicians. She is a New York Times bestselling author, including her latest book, The Hunger Fix: The Three Stage Detox and Recovery Plan for Overeating and Food Addiction. As Senior Science Adviser for Elements Behavioral Health, Dr. Peeke has created integrative nutrition and holistic lifestyle programs at Malibu Vista women's mental health center in Malibu, California, and Lucida Treatment Center in West Palm Beach, Florida.