As the snow melts and retreats, a spectacular variety of birds species finish their migratory journeys (sometimes over 22,000 miles or 35,000 km) and as if by magic, find their way back to the exact spot where they last nested. The Arctic Tern is one such bird to do exactly that, and interestingly, even if a young bird is separated from its parents on the return journey – it is instinctively able to find its way back to the area from which it came. 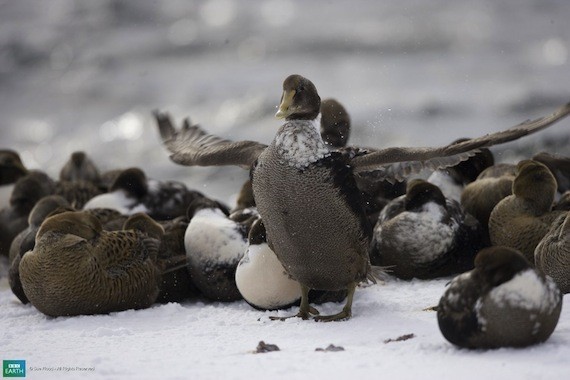 Scientists and explorers alike have questioned how birds like the Arctic Tern are able to do this for years. When you first consider that often the parents of a young bird will leave the nest before them, meaning that they migrate unassisted, then that most birds will take flight under cover of darkness or take a route across the sea – this takes away the opportunity to create landmarks like the ones we use to remember our way. So how do they do it?

One theory focuses on the birds ability to tap into the force of the magnetic lines that run between the north and south poles. Another assesses how the angle of the sun and the stars can help it monitor its location and find its path. However none of these theories have ever proven whether it is a skill we have not yet uncovered the existence of or whether it’s a clever combination of landmarks, light, and magnetic force all working together. All we know is that a human would find it a much harder task if plonked down in the middle of nowhere and told to accurately find their way home! 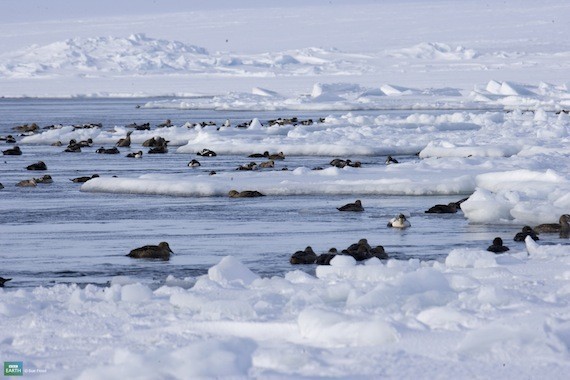 Although for only a few short months, the Arctic sun shines day and night and the food is plentiful, which explains why over 100 different species make it their place to nest every year. Species ranging from our favourite with the largest wingspan, the albatross; to bald eagles, eider ducks, kittewakes, and little auks. It’s a busy place to say the least, and to keep your spot you have to be on guard!

The large and dense concentration of activity is great for those breeding, in consideration of the power in numbers against the decidedly savvy prey. However it also means that competition for a spot is rife and aggressive behaviour is not unknown while each different nesting couple tend to their young. In the video below you can get a good idea of how noisy these colonies can be, as well as the dangers that are faced even by the cliff-nesting kittewakes, who because of a choice to move up away from the ground, are still very much at risk of attack.

If a successful summer has been had each birds body fat and reserves will have increased greatly, so much so in fact that they will have reduced the size of some of their organs. And once the adults are ready to go the newly hatched chicks are not far behind them. In fact the Arctic Tern - as mentioned above – takes only 25 days to gain strength and start its life in the air.

Just like waking up in the morning from a good night's sleep, these birds are rested and ready to set off on what is one of the longest commutes of any animal. With a life spanning many more years than that of land birds (anywhere between 20 and 60 years), they’re definitely not a species who are taking the easy route through life.