This post contains spoilers about the end of "Birdman"

If you're still trying to figure out exactly what to make of the last shot in "Birdman," you've made its screenwriters very happy.

The film ends on an ambiguous note after protagonist Riggan Thomson (Michael Keaton) lands in the hospital. His daughter, Sam (Emma Stone), returns to find the room empty, and the rest is up to the viewer. HuffPost Live's Ricky Camilleri discussed the thought-provoking climax on Monday with Alexander Dinelaris Jr. and Nicolas Giacobone, two of the film's four writers.

Dinelaris said "a few different approaches" were considered, including finishes that felt satirical or dramatic, before the writers settled on what made the final script.

"We're not going to sit around and explain the ending. I guess my thing is, if you can silence the voice of mediocrity, then what is possible? [That] is good enough for me," Dinelaris said. "But we thought if we answered that question at the end, it would seem very, very small. Is he famous because he shot himself? That's small. Is he still miserable? That's small. Everything seemed small."

Ultimately the writers decided to go with an ending that felt in keeping with the film's central questions and lined up with the elements of magical realism established by director Alejandro González Iñárritu.

"It goes back to Alejandro because he starts the movie on ... this character Riggan Thomson floating in his underwear three feet above the ground. That's inexplicable. At that moment, it's inexplicable. The last moment is inexplicable. They have to be, because in a way that's Alejandro just trying to express that sense of confusion about what he is in his own life," Dinelaris said.

And if you need more proof that there's no single answer about what it means, look no further than Giacobone. "I'm still trying to figure it out," he said.

Click here for the full HuffPost Live conversation with the writers of "Birdman." 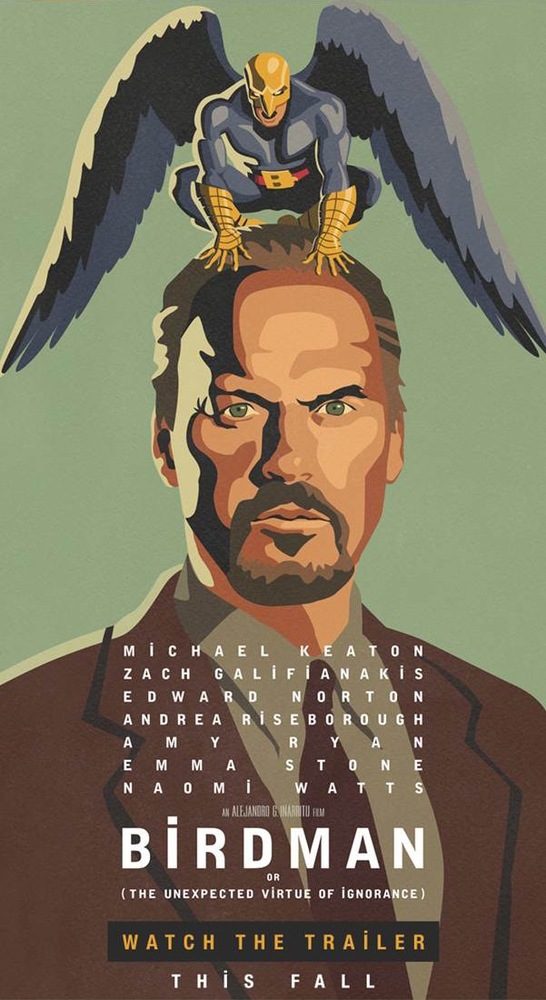