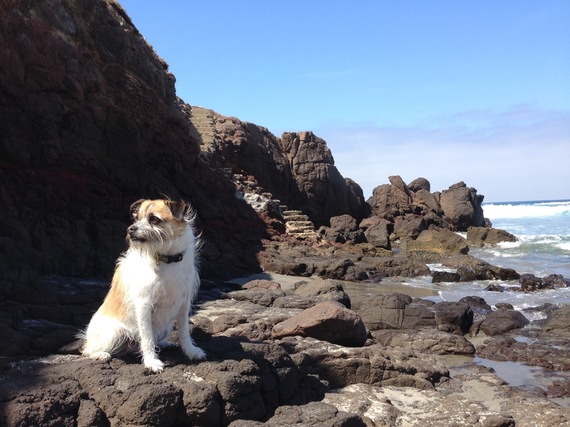 Several months ago Thom and I went to see the movie Birdman. The plot, the symbolism, the acting, the humor and cinematography all create a movie with enough going for it to have won the Academy Award for Best Picture of the Year. But while all the elements made for an entertaining movie experience, what attracted me most were the questions it raises about the universal quest for relevancy. After all, don't we all want to believe our lives matter? Don't we all want to grow older thinking we've achieved something of distinction? And if yes, what steps are we willing to take to insure it happens?

For anyone who hasn't seen the movie, Birdman is the story of a washed-up actor named Riggan Thomson. After leaving behind his super-star, action-hero character named Birdman to pursue a "real" acting career, Thomson struggles to mount a Broadway play. In the days leading up to opening night he battles his ego, his doubts, and his sanity, all the while trying to become relevant and matter to himself, his family and the world. As might be expected, his daughter, and other actors around him mirror his struggle with their own quest for relevancy and meaning.

Offering a brilliant perspective on Thomson's quest is a rant by his daughter Sam after Thomson confesses, "This is my chance to finally do some work that actually means something."

Sam replies in scorn, "That means something to who? You had a career, dad, before the third comic book movie, before people started to forget who was inside that bird costume. You are doing a play based on a book that was written 60 years ago for a thousand rich old white people whose only real concern is going to be where they have their cake and coffee when it's over. Nobody gives a s*** but you!"

Then before Thomson can answer her, Sam continues, "And let's face it, dad, you are not doing this for the sake of art. You are doing this because you want to feel relevant again. Well guess what? There is an entire world out there where people fight to be relevant every single day and you act like it doesn't exist. This is happening in a place that you ignore, a place that, by the way, has already forgotten about you. I mean, who the f*** are you? You hate bloggers. You mock Twitter. You don't even have a Facebook page. You're the one who doesn't exist. You're doing this because you're scared to death, like the rest of us, that you don't matter and, you know what, you're right. You don't! It's not important, okay? You're not important! Get used to it."

I won't go into what happens with Thomson as he attempts to find the relevancy he seeks. Hopefully our individual search for relevancy will be much less dramatic. But what does it take for the rest of us to believe our life matters in 2015? According to a survey done a couple of years ago by the Burna Research Group, around 26% of teenagers surveyed said that they believed they would be famous and/or well known as an adult. At the same time 93 percent of them felt they would have a college degree, 81% of them felt they would have a "great paying job," with 80 percent of them saying that they would be serving in "a job where they would be making a difference." But even if it were possible for them all to reach their dream of fame, a college degree, a "great paying job" and to make a difference at the same time, is that a guarantee of relevancy? Not according to Riggan Thomson.

There is a quote by Jim Carey that says, "I hope everybody could get rich and famous and will have everything they ever dreamed of, so they will know that it's not the answer." This reminds me every time I read it is that the answer to relevancy and feeling worthy is, in the end, nothing we can find in the world outside ourselves. Most of us frequently agree that the best things in life aren't "things." Yet over and over again we see examples of people spending the precious moments of their life in mad pursuit of fame, fortune and more and more stuff.

I also know many women who believe their sole purpose on the planet is to have children. And while I consider that a valuable and important role, is merely reproducing another, hopefully well adjusted, human make one's life more relevant than another's? I'm sure there are some who believe so, but where does that leave any who are childfree by choice or fate? Does a biological imperative dictate the value of our lives?

When it's all said and done, I personally believe that the gift of life itself fulfills any requirement for relevancy. Does my little dog Kloe's life matter any less that she doesn't have a Facebook Page or can't (and doesn't want to) mount a play on Broadway? Does a tomato growing in my garden care that it doesn't smell like a rose. Why should any of us as humans compare the worth of our lives with any other? As author Richard Bach said, "Here is the test to find whether your mission on Earth is finished: if you're alive it isn't."

Of course a big problem is that there are plenty of other people more than willing to tell us what we must do to be relevant. Philosophy, religion, advertisements and society all have a strong and sure opinion about it. And while some of those opinions may very well prove to be satisfying at least for a while, unless they resonate with us authentically, it is only a matter of time before we, like Riggan Thomson in the movie, run around like a mad man attempting to force the issue.

Obviously Riggan Thomson cared very deeply what others thought about his relevancy. He was willing to stake his money, his sanity and even his very life on how others viewed him. I won't deny that every single one of us needs to answer the question -- only that we must answer it for ourselves and then believe the answer -- before we will ever find the peace and self acceptance we seek. Ultimately it is smart to realize that no one, except ourselves, can make us feel truly worthwhile or relevant. The one and true place to find the answer is within.

Kathy Gottberg believes in living healthy, authentic, fearless and SMART. This post originally appeared on her blog with a number of related comments. For more on this topic go to SMART Living 365.