It's a convivial if embarrassing juxtaposition when you witness a bird in flight in this brutish man-made city environment, so unrefined are all of our efforts next to his. He rewards us with a song or a soaring performance in air, and despite our heavy slow selves anchored to this pavement, we shield the sun with our hand and follow him with our eyes, paying some respect for his gift and his splendor. 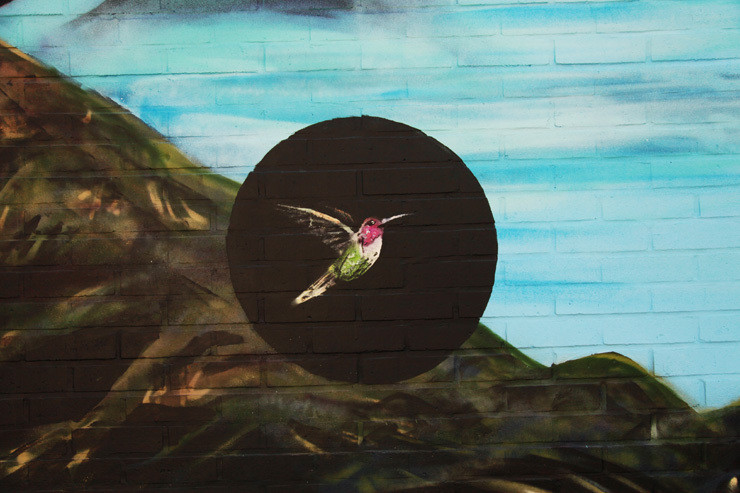 Another crosses his path mid-air. Her wings are so tempered and fine, allowing her to glide with grace, cutting across the chorus of perpendicular and parallel lines, shapes and epochs that rise and fall and crash clumsily into one another in this hard-edged city.

How do they do it, these birds -- especially when it seems like we do very little to help them? Why do they persist in this city that seems often to be unconscious of nature? Is it just our nature to be so unconscious? They should have abandoned us long ago. Yet they persist, and street artists here pay them tribute for all that they give us. 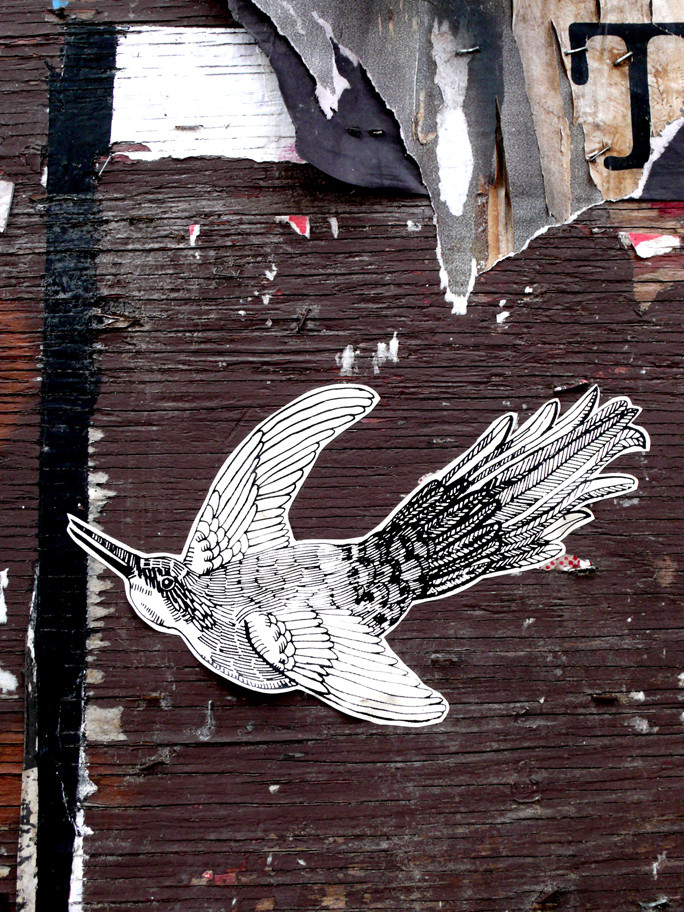 "Fly on, sea-birds! fly sideways, or wheel in large circles high in the air," says Walt Whitman as he crosses on the Brooklyn Ferry. 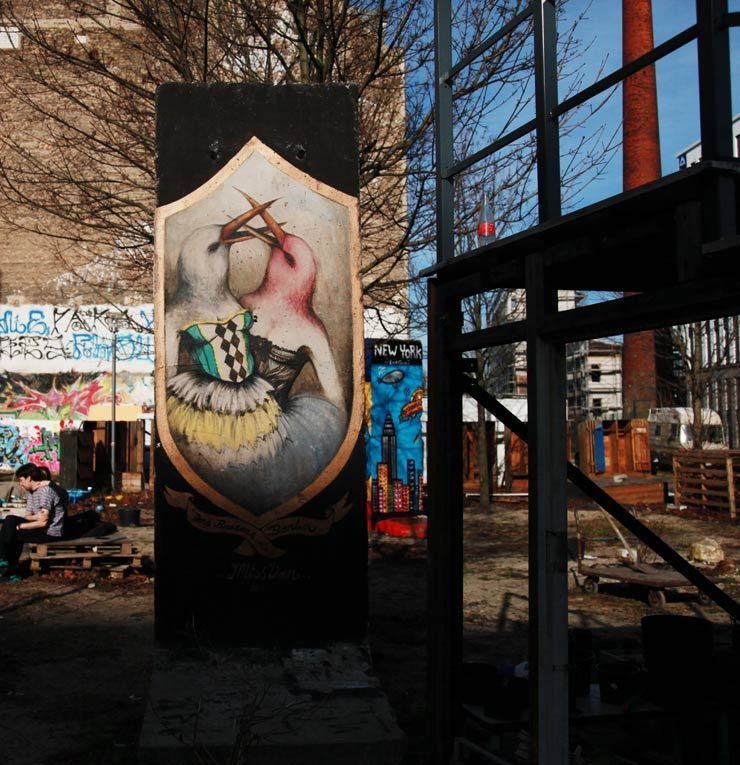 Emily Dickenson writes, "A Bird came down the Walk -- He did not know I saw -- He bit an Angleworm in halves And ate the fellow, raw," 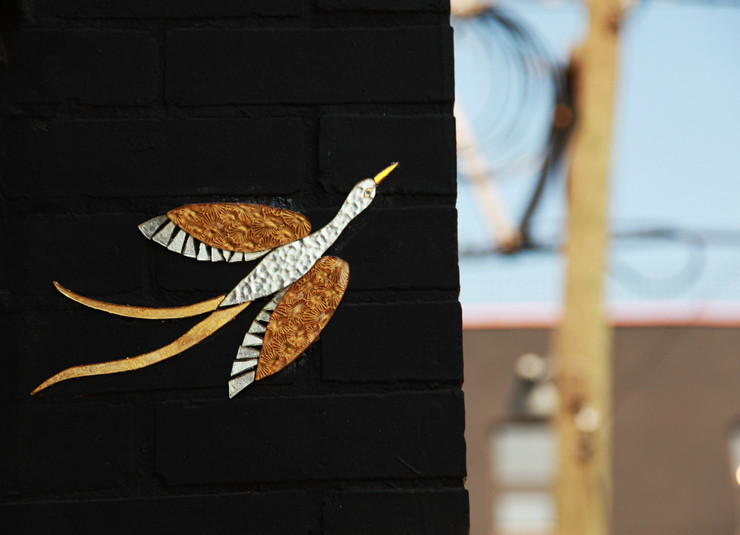 And William Blake paints a couple as love birds here:

"He. O thou summer's harmony, I have liv'd and mourn'd for thee; Each day I mourn along the wood, And night hath heard my sorrows loud.

She. Dost thou truly long for me? And am I thus sweet to thee? Sorrow now is at an end, O my Lover and my Friend!

He. Come, on wings of joy we'll fly To where my bower hangs on high; Come, and make thy calm retreat Among green leaves and blossoms sweet." 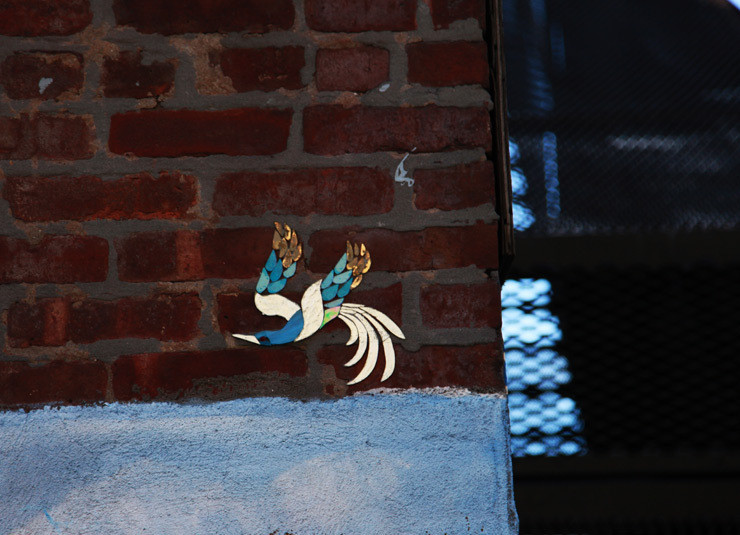 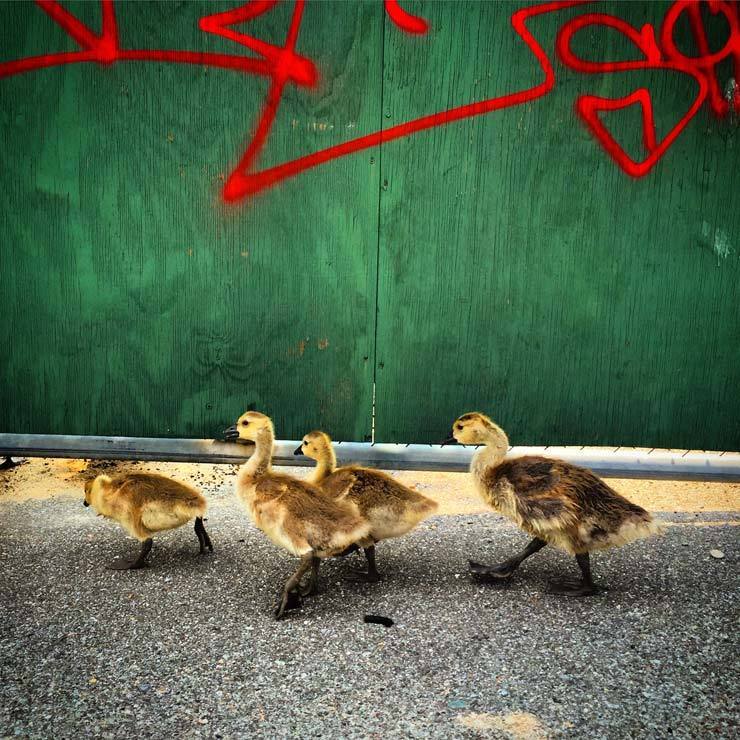 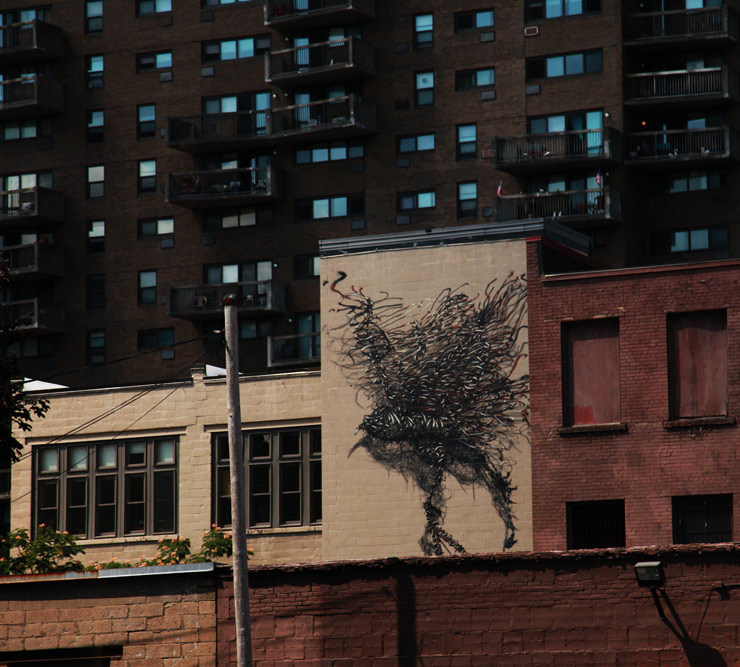 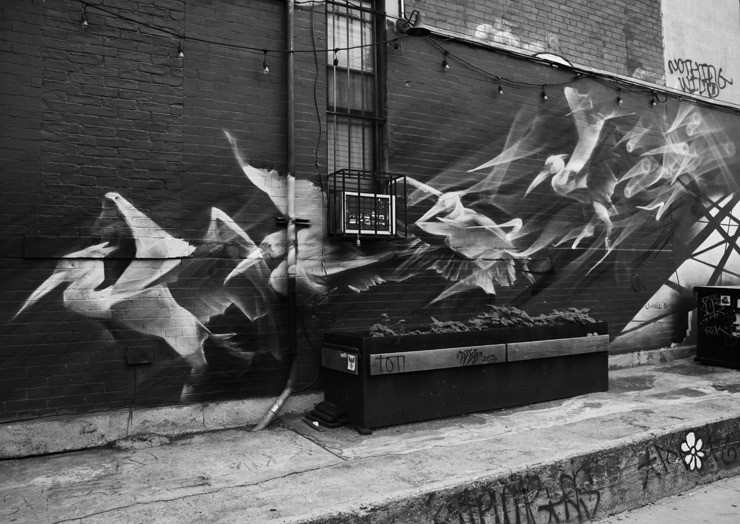 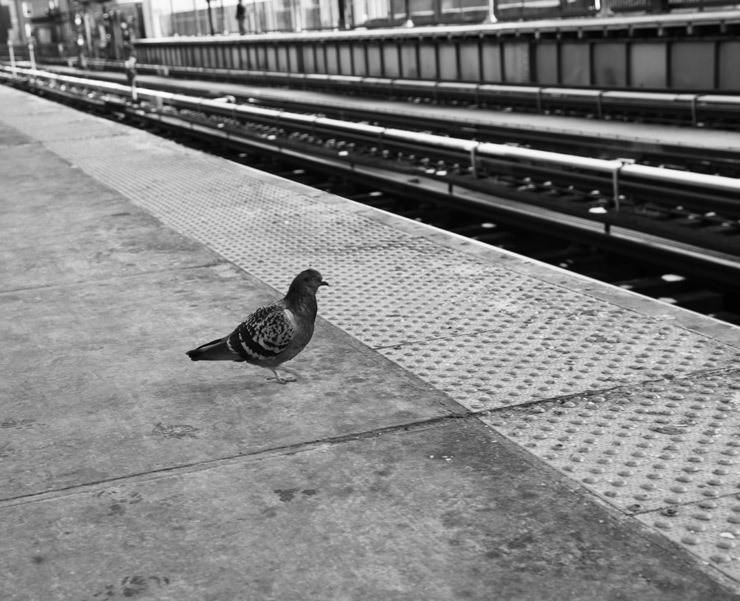 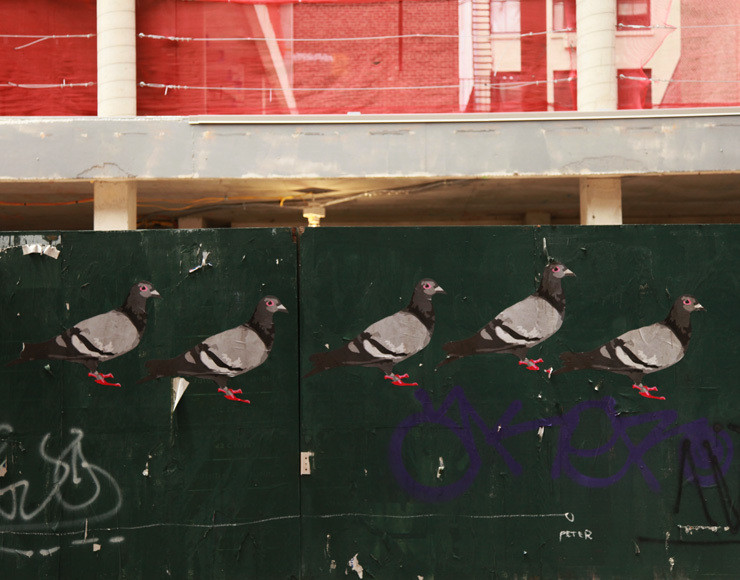 These pigeons appeared on the streets of NYC at the onset of Summer. Was it an ad campaign? (photo © Jaime Rojo) 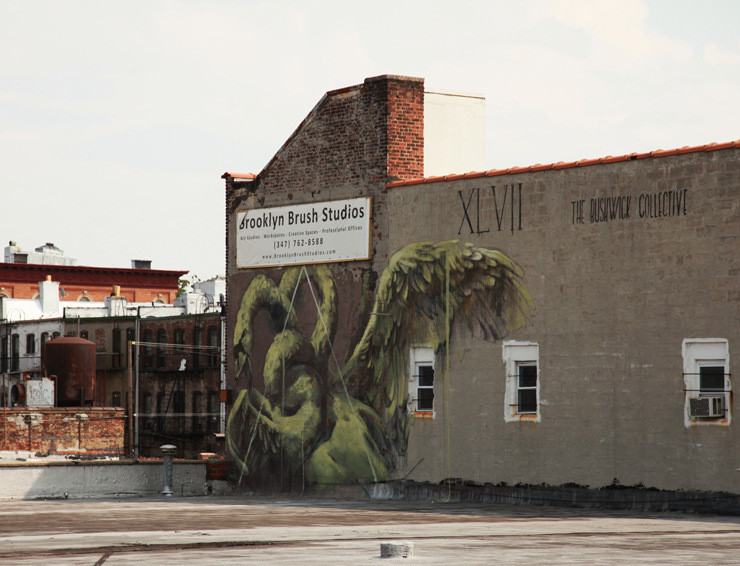 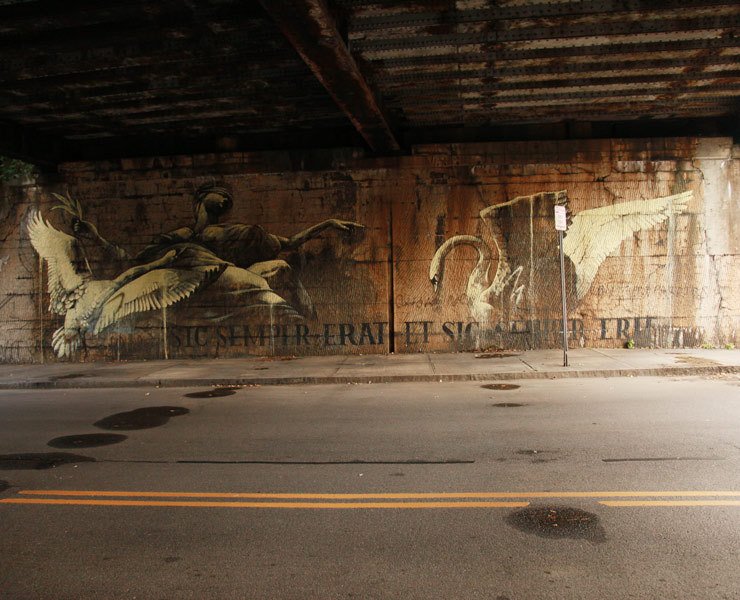 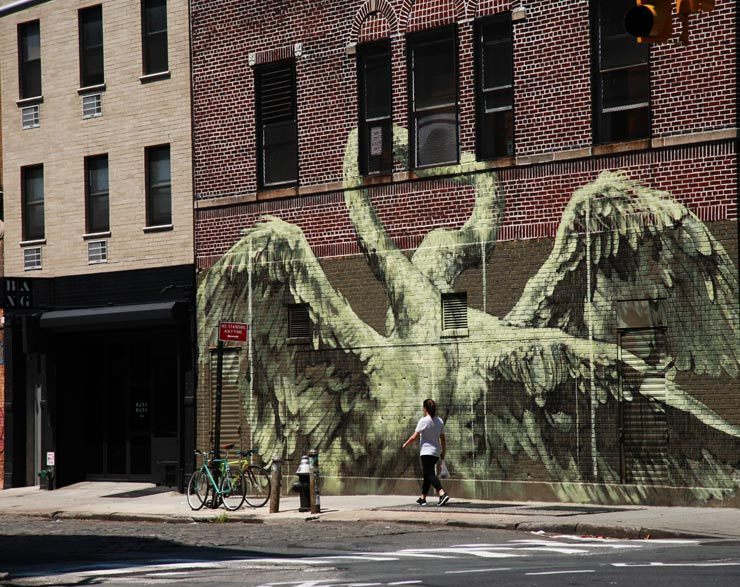 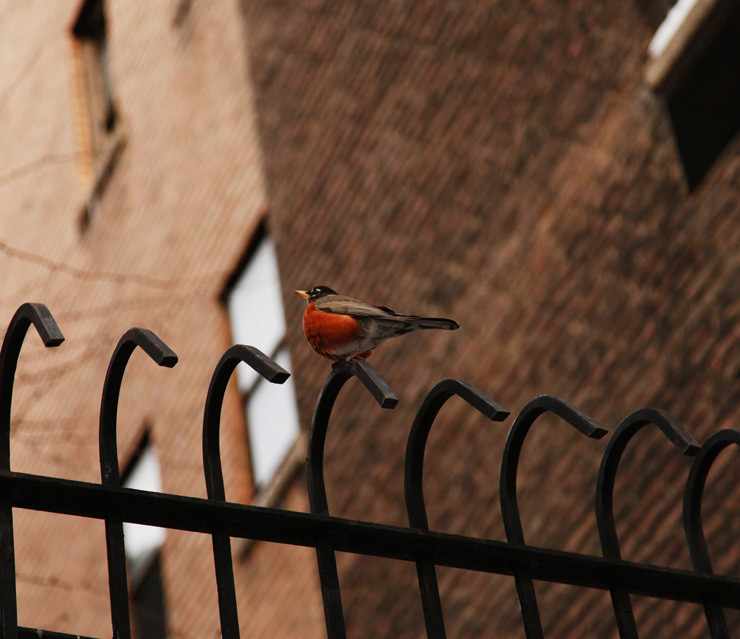 A Robin on a fence in Manhattan. (photo © Jaime Rojo) 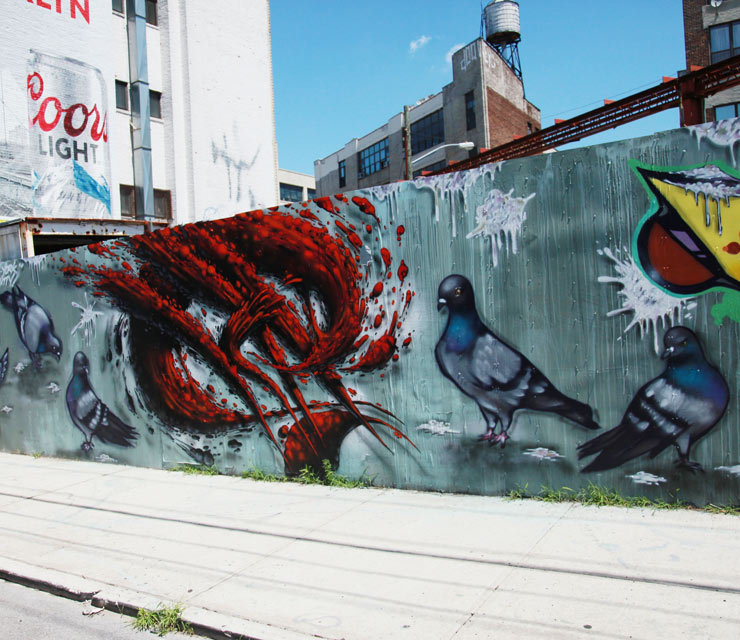 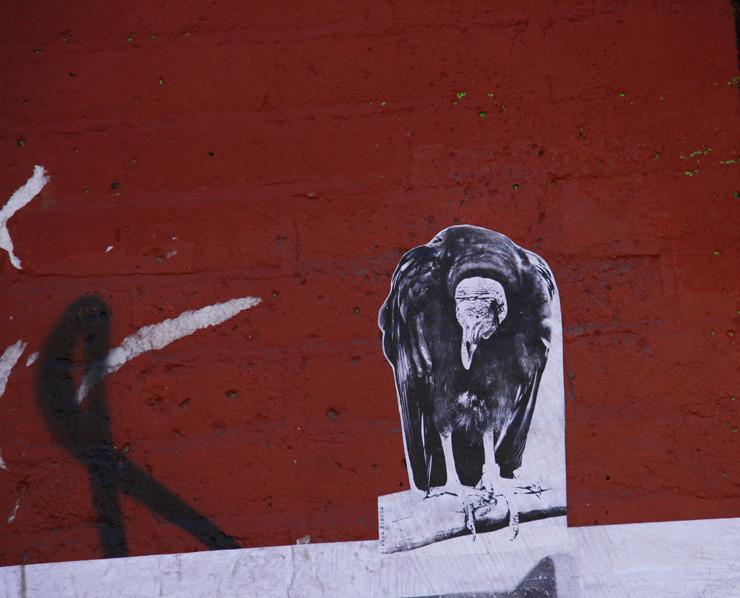 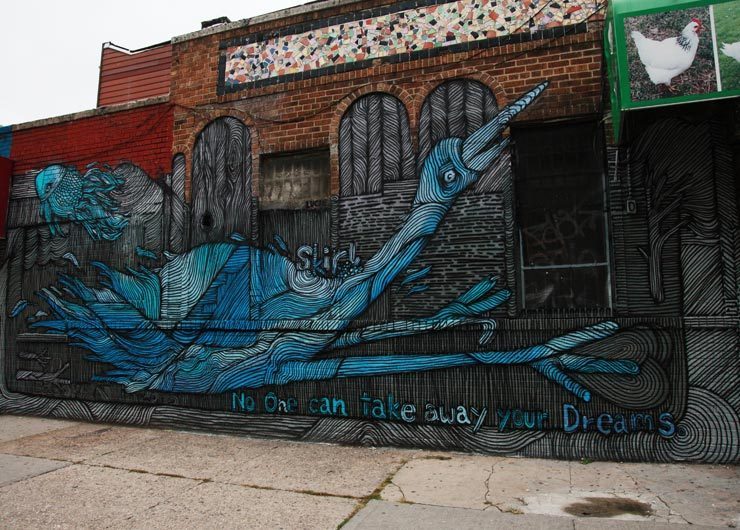 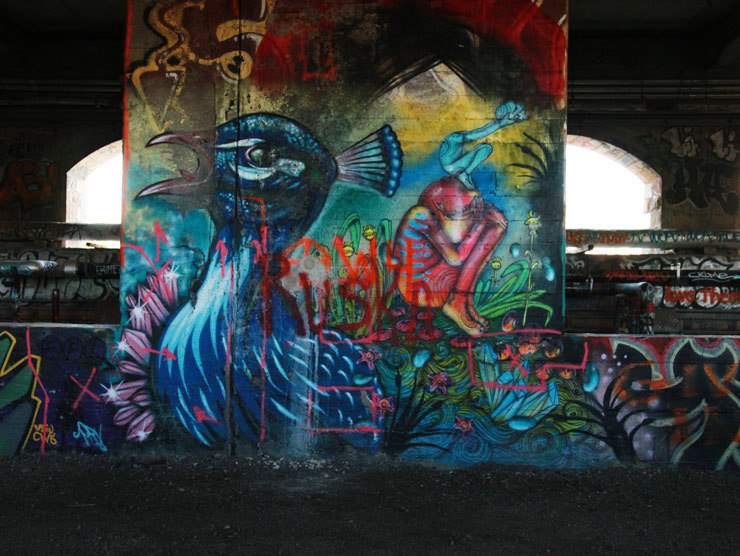 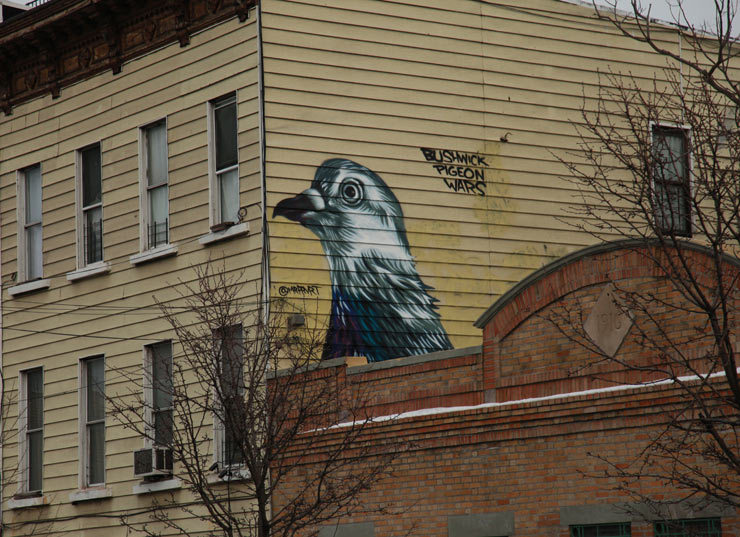 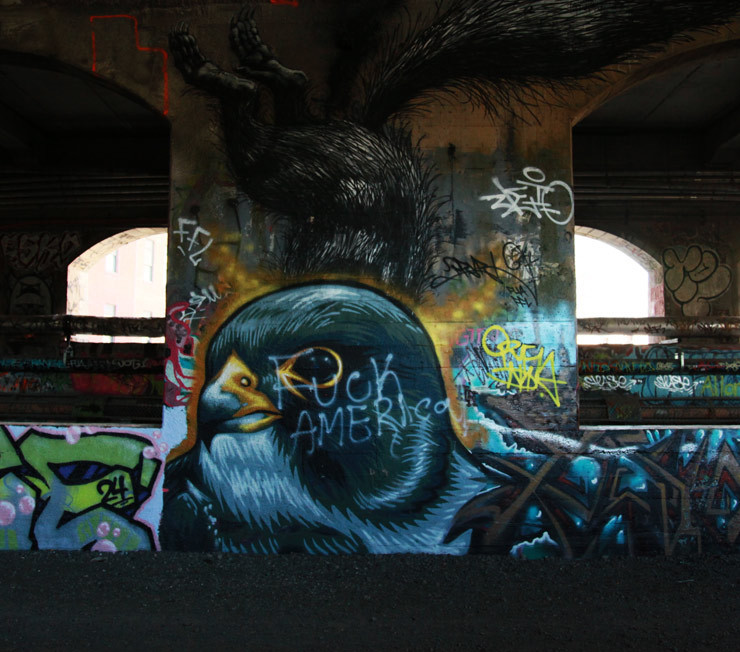 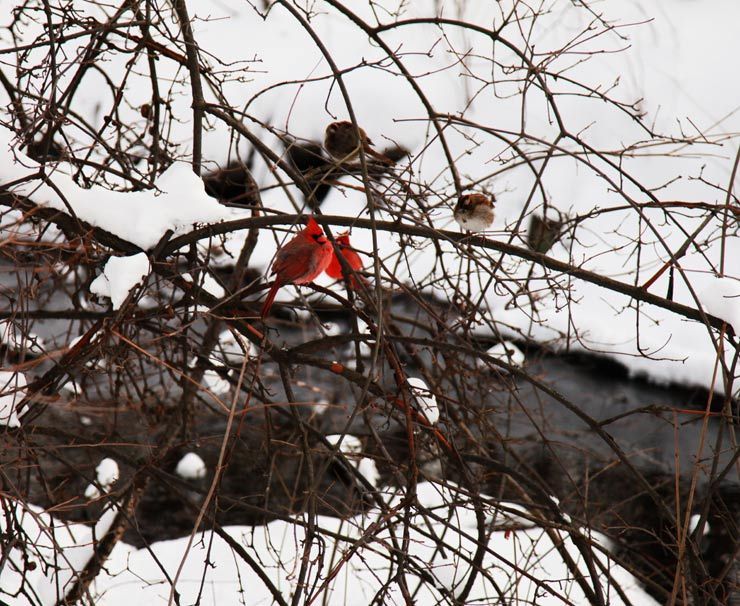