Baby Boomers like me can directly relate to two proposed markers of the current geological epoch, which has been increasingly referred to as "the Anthropocene" due to the unique stamp humans have made on the planet that sustains them. The markers, global radiation and plastics, arose dramatically in the mid-twentieth century and represent the dawn of this new era of our own making.

The mention of "plastics" reminds us boomers of the iconic scene from the movie The Graduate, in which the adrift post-graduate Benjamin (played by Dustin Hoffman) gets a quick glimpse into a petroleum-drenched future from a business associate of his father. 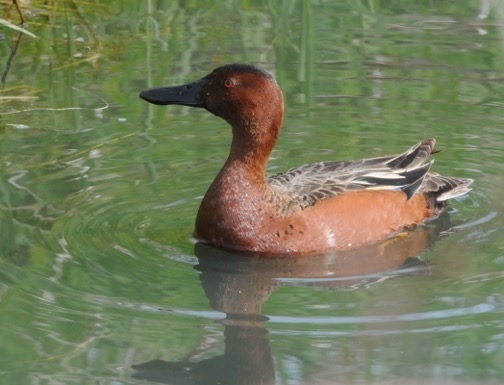 The male Cinammon Teal is one of the more striking and familiar waterfowl species in the western United States. It is among the common species in steep decline. Photo by Steve Zack.

"Radiation," meanwhile, conjures grade school drills of the 1960s in which we lined up against the hallway wall and hid our heads in our raised arms. Those school drills seem contemptible to me now, the carefully choreographed preparations sadly irrelevant to our likely fates had the bombs dropped. Only collective action to avert such a crisis seemed relevant then and remains the only responsible option now.

So here we are in the Anthropocene, with plastics all around us -- in the land and in the sea and affecting not only humans but the multitude of other species that share our fragile planet. We also know only too well the grim toll of the nuclear age on all living things from events ranging from the Hiroshima and Nagasaki bombs to the Chernobyl disaster to the more recent Fukushima catastrophe.

But the Anthropocene is about so much more than plastics and radiation. It's a time of growing resource depletion worldwide and of concerns regarding how we have changed the climate and how those changes will in turn change the planet. The Anthropocene is ours of the making with the consequent un-making of our natural world. There is growing evidence of widespread declines in all kinds of species, including insects, amphibians, mammals and birds. 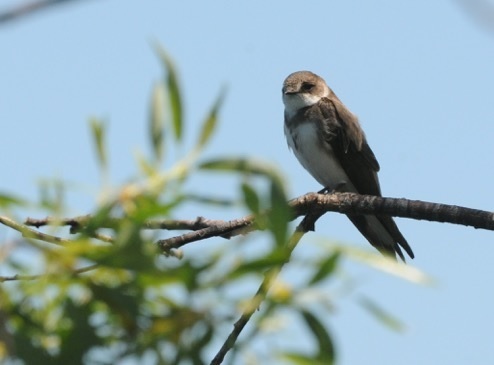 Swallows, like this perched Bank Swallow, are among the many North American birds once common and now in widespread decline. Photo by Steve Zack.

I have studied the world of birds closely for the better part of nearly four decades. What are they telling us about this new geological epoch? The most evident pattern I see from the Anthropocene is not only the pending risk of extinction for different bird species (some 20 percent of the 10,000 bird species are presently considered at risk by the IUCN) but also what is happening to our common and conspicuous species.

Rare and endangered species are often in corners away from our collective view, but the common species around us give us a reflection of our immediate environment and changes therein. And its not a pretty picture.

The trend for our common birds -- the everyday birds around us - is that many of them are in decline, even steep decline. This reflects grimly and poorly on our actions in the world we are modifying. We have been poor stewards of our natural resources and our natural world, and it is getting worse. 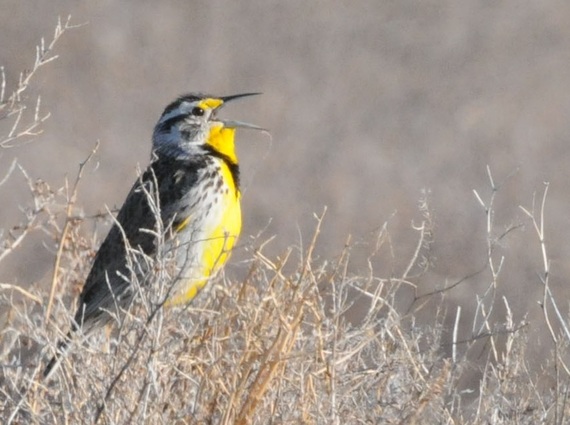 The resplendent song of the Eastern Meadowlark is becoming less common as this common bird is in steep decline in North America. Photo by Steve Zack.

These patterns of decline among common birds are found almost wherever one looks. You can see it in our North American birds, a broadly diverse and popular group that is sadly dwindling in number. Whether it is the transcendent song of the meadowlark, the summer aggregations of swallows over water or the bouncy flights of larks above grasslands, the conspicuous world of the birds around us is in broad decline.

The story is the same in Europe, where farmland birds and migratory birds in particular are becoming far less common. In Puerto Rico, the wintering bird community in one of the last important forest tracts is fully one-third less common than it was twenty years ago. Likewise, Amazon forest fragments created more than 30 years ago are losing birds, particularly so in the smaller fragments. And so on. 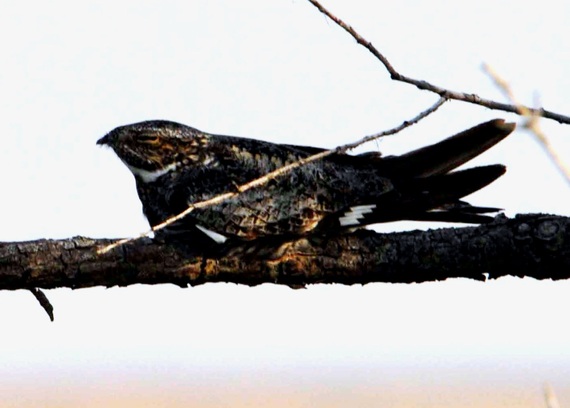 The Common Nighthawk is increasingly less common. Its nasal "peent" call while in flight is a familiar crepuscular sound over much of North America. Photo by Steve Zack.

The changing world of birds around us makes clear the consequences of our accelerating patterns of resource use and depletion. That which was common is in decline, and there is no end in sight to the trend. There is a world of alternatives available enabling us to adjust our patterns of consumption. These development alternatives can create a more sustainable Anthropocene for humans and the natural world around us.

Yet instead we have opted to collectively hide our heads in our arms, hoping that the pending catastrophe of the Anthropocene is instead just another cynical drill. The diminishing song of the meadowlark suggests otherwise.