What ever happened to birds' teeth?

Ever since a fossil of the ancient bird Archaeopteryx was discovered in 1861, scientists have known that avian ancestors once had teeth while birds today lack those pearly whites. But when birds "lost their teeth" has remained a mystery -- until now.

A new study suggests that the common ancestor of all living birds lost the ability to produce teeth, and the answer to exactly how this happened can be found in modern-day birds' genes.

For the study, the researchers examined the genomes of 48 living bird species, taking a close look at six genes associated with tooth formation.

What did they find? It turns out that all of the bird species share genetic mutations that inactivate genes involved in the formation of both tooth enamel and the portion of the tooth called dentin.

Based on the mutations, the researchers think that a common ancestor of the birds lost the enamel caps on its teeth around 116 million years ago. And around that same time, birds' beaks came into play.

Birds aren't the only "edentulous" (or toothless) modern-day vertebrates. Since turtles and pangolins are also missing teeth, the researchers examined their genomes and found similar results.

“All edentulous vertebrate genomes that we examined are characterized by inactivating mutations,” Springer said in the statement. “The dentin-related gene DSPP is functional in vertebrates with enamelless teeth -- sloth, aardvark, armadillo. All six genes are functional in the American alligator, a representative of Crocodylia, the closest living relatives of birds."

The study was published in the journal Science on December 12, 2014. 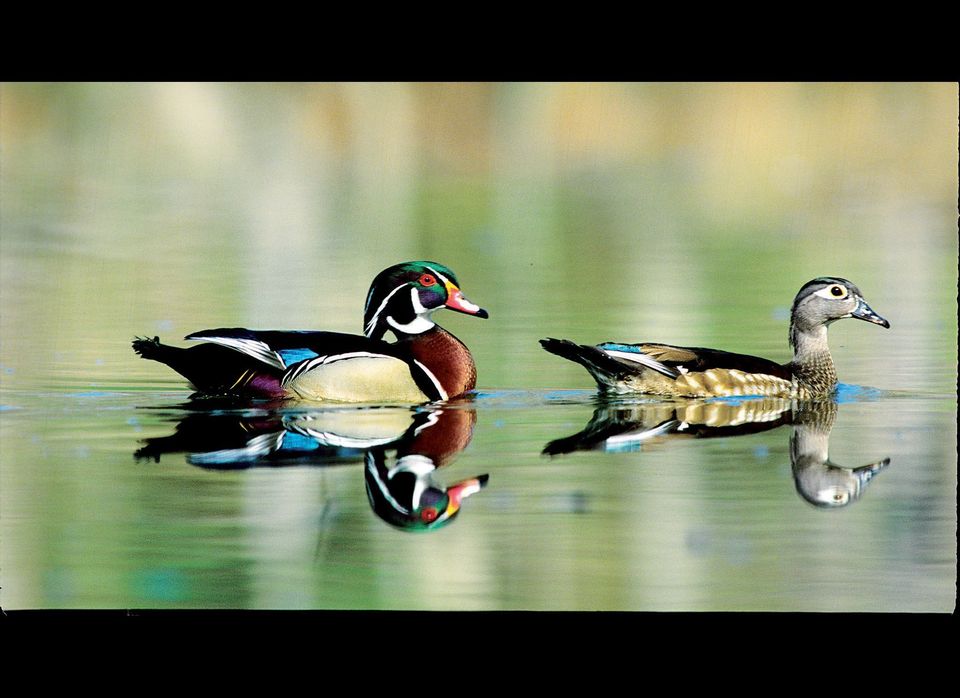 1 / 11
Wood Duck
Just one day after they hatch, Wood Duck babies leap from the nest cavity.