As Americans mourn Wednesday’s horrific shooting at a historic black church in Charleston, South Carolina, it's perhaps worth looking back at the country's response to a similar tragedy decades ago. One of the most notorious cases of a white supremacist murdering black churchgoers was the bombing of the 16th Street Baptist Church in Birmingham, Alabama, on Sept. 15, 1963. The bombing itself killed four young African-American girls. Two African-American boys were killed while demonstrating later in the day -- one by civilian vigilantes, and another by police under suspicious circumstances.

It was the height of the civil rights movement, and the Birmingham attack was one of many intended to snuff out the struggle for racial equality. Authorities spoke about the need for justice, but the perpetrators were never found. It was later revealed that the FBI had withheld information about the bombers.

And yet, then as now, the sheer brutality of an attack on black worshipers shocked the nation.

For a window into the public reaction to the 1963 bombing, below are some of the front pages of local newspapers from across the country the day after the attack. Virtually all of the articles themselves are the same Associated Press or United Press International wire stories. But the headlines, photos and placement of the stories hint at the varying degrees of shock, grief, fear and indifference with which different communities reacted to the crime. 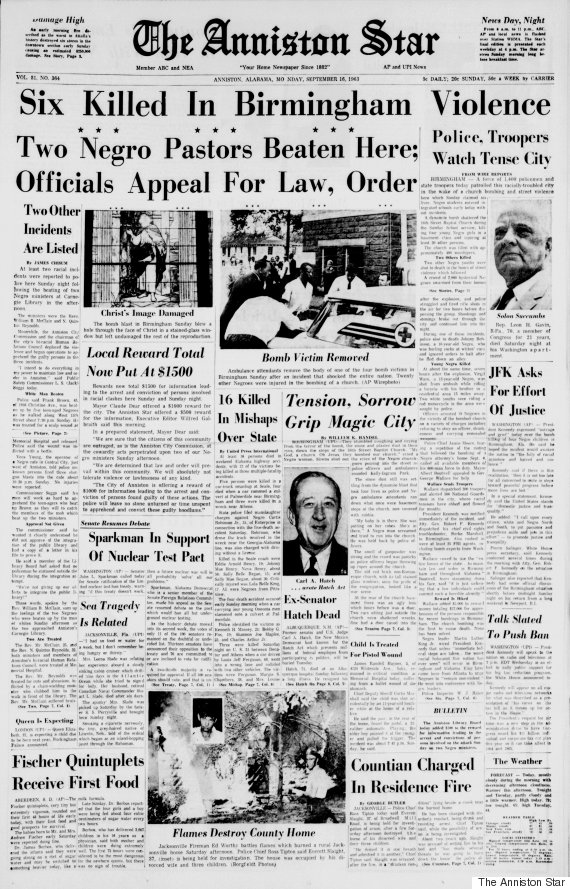 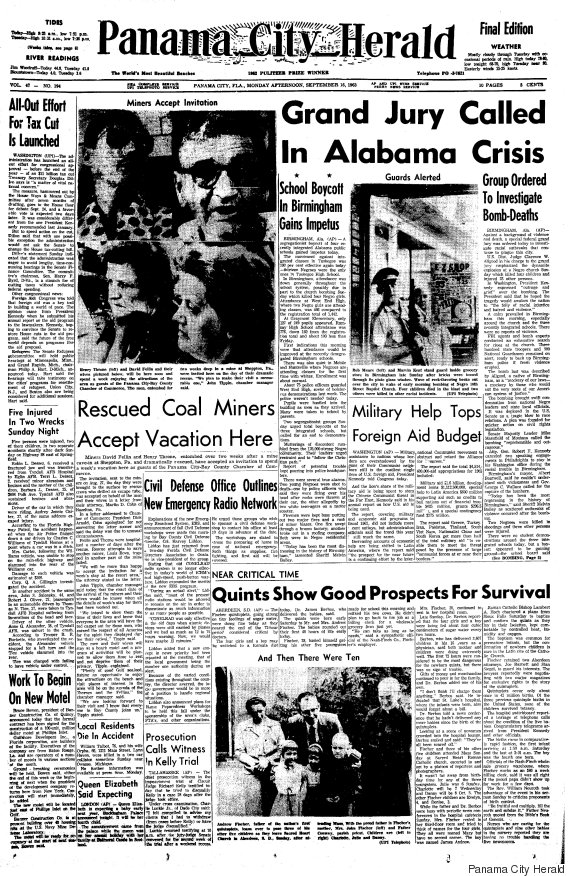 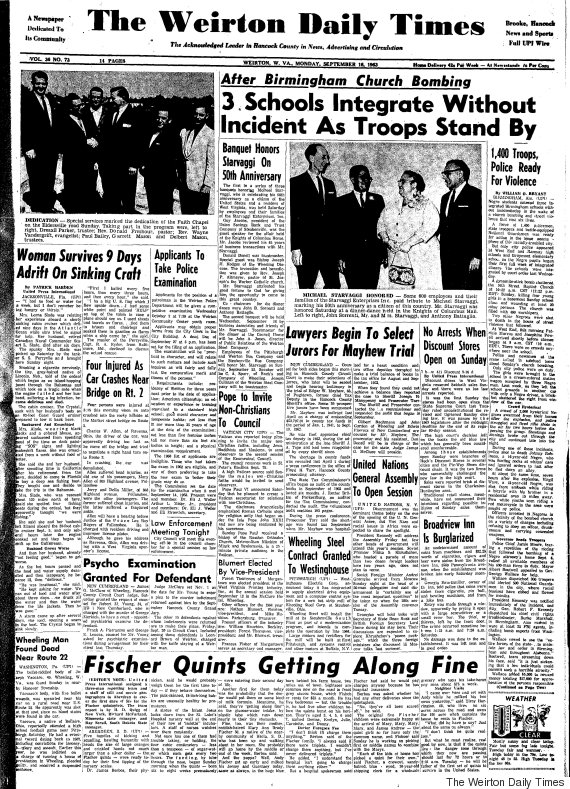 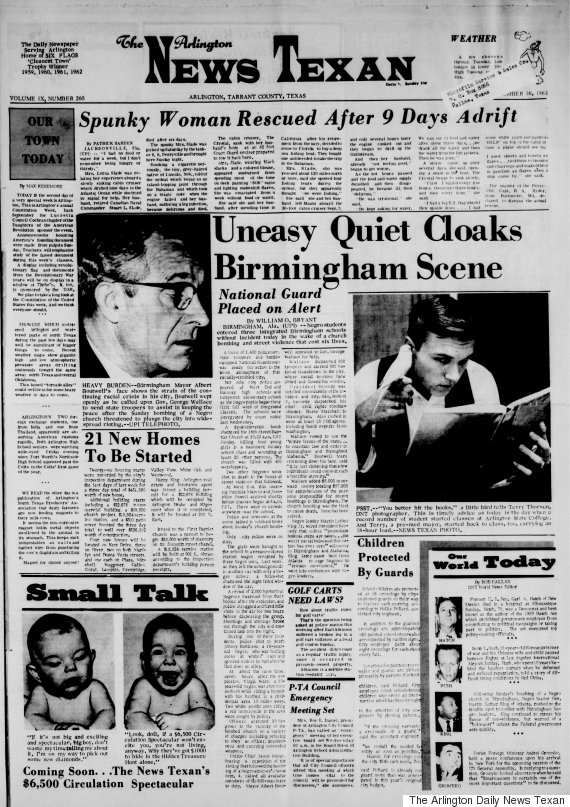 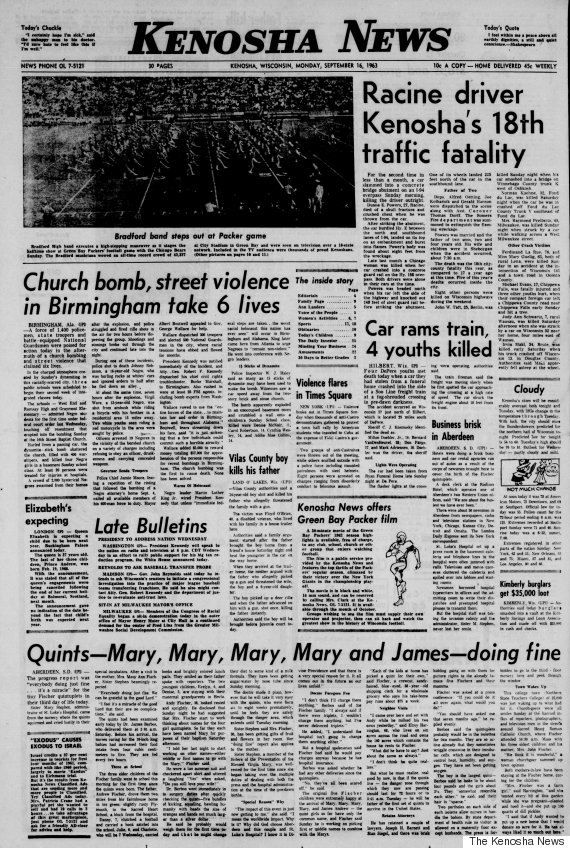 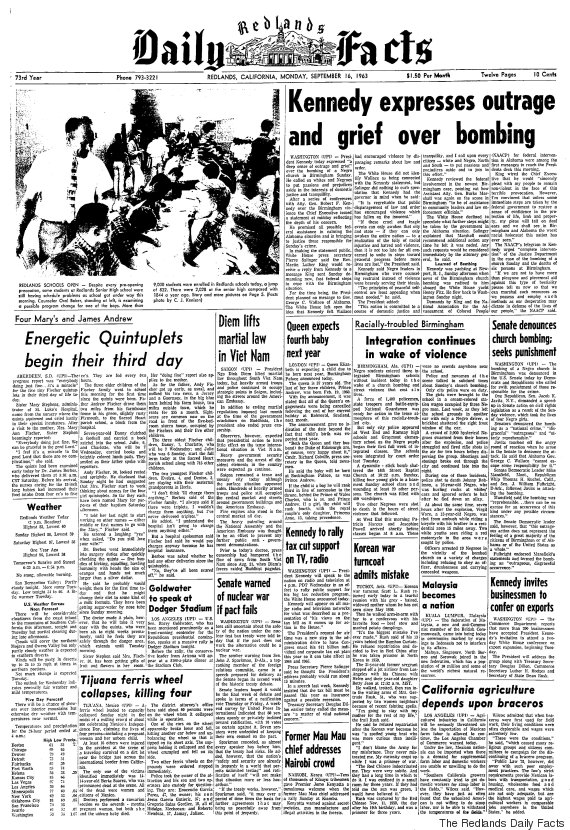 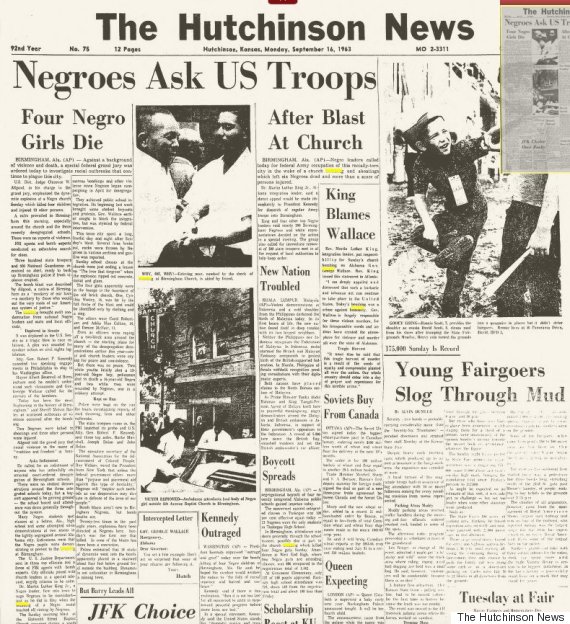 Here's How The Media Covered The Most Heinous Attack On A Black Church In U.S. History
Politicians On Charleston Shooting