On Sunday, Sept. 15, 1963, in Birmingham, Ala., at 10:22 a.m., a bomb exploded at the 16th Street Baptist Church. The blast, erupting from the church's east side, sprayed mortar and bricks, caving in the building's walls.

Of the nearly 200 congregants inside, attending Sunday school classes and preparing for the 11 a.m. service, about 22 were injured. But perhaps most notably, four little girls -- three 14-year-olds and one 11-year-old -- were killed, putting the bombing among the most well-known and heartbreaking tragedies in the fight for civil rights in America's Deep South.

In a bittersweet irony, the Birmingham church bombing catapulted the civil rights movement to a new stage, and ultimately helped influence the passage of the Civil Rights Act of 1964. But the immediate effect of the deaths, in the face of vaunted American ideas like justice and liberty, was to reveal a country that had refused to take an honest look in the mirror.

For centuries, society had relegated African descendants to second-class citizenship, and as a result, created a complicated perception of black physicality. The subjects of fear and fascination since their first interaction with Europeans, blacks, over time were dehumanized and subjected to unjust treatment as a result.

"Black bodies are complex signs that represent something both appealing and repulsive for the society in which we dwell," Anthony B. Pinn explains in his essay, "DuBois' Souls: Thoughts on "Veiled" Bodies and the Study of Black Religion."

The images that circulated right after the Birmingham church bombing not only put the hypocrisy of American liberty into the spotlight, it also humanized African-Americans. But while the pictures of the destruction that killed the four girls helped fight the long-held perception at that time that black bodies are less-valuable, it is a battle that still carries on today.

Chains Of The Past

One main reason it was possible for Ku Klux Klansmen Robert Chambliss and his accomplices to carry out the bombing was the sociological tension created by centuries of American slavery, said Sherwin Bryant, associate professor of African American Studies and History and director of the Center for African American History at Northwestern University.

The institution of slavery ultimately developed a need for white colonists to establish dominance over black bodies, which largely still exists today, he said. Race and racism are byproducts of that slavery.

"Slavery had everything to do with, first and foremost, a kind of social and political status that one had, or more precisely was denied in the colony," he said. "What happens in Atlantic slavery is slavery becomes tethered, almost exclusively, to Africans and the very idea of blackness and particular kinds of labor, the very kinds of labor that no one would want to do. So as those things become practices tethered to blackness and African descendants, or black bodies, there you begin to see the way in which slavery was a part of making race."

But the abolishment of slavery and the end of the Reconstruction Era created a kind of anxiety among whites about the position of power, he said. That resulted in a desire to control the activities of African-American citizens through acts of terror.

"What you have cropping up, after the federal government sort of abandons black Southerners, you basically have white vigilante violence that begins to emerge to subjugate blacks," Bryant said. "There’s a certain attempt to subjugate and keep black folks in place, and one of the main ways that was attained was through black terror."

Examples of this terrorism ranged from calling a grown black man "boy," or refusing to call a married black woman "Mrs.," to violent rapes and lynchings -- or the bombing of the 16th Street Baptist Church. But how does society justify such inhumane treatment? The answer lies in whether the victim is seen as a human being.

"Racism is the most powerful force that can completely erase the humanity of human beings," Dorothy Roberts, a law and sociology professor at the University of Pennsylvania Law School, told The Huffington Post. "It’s a perverse sickening combination of very deeply embedded assumptions and experiences, but also the stake that people have in their privileges."

These psychological effects of racism made it possible for large groups of whites, women and children included, to gather to watch lynchings -- a horrific scene captured in photos throughout history and recounted in James Baldwin's fictional stories in "Going to Meet the Man."

But the lack of empathy among those crowds is a far cry from the feelings that photos from the church bombing evoked in Americans nationwide. Those dark images and what they represented were in stark contrast to the droves of whites who stood with black activists fighting for equality.

As images of brutality against peaceful protesters and unjust killings circulated both nationally and internationally, pressure mounted for the U.S. to respond. However, Bryant said he's unsure whether empathy played a larger role than embarrassment during the civil rights movement.

"One of the things that really helped the civil rights movement to break through, was the fact that the United States was fighting a war against fascism around the globe and yet at the same time treating its black citizens as less than human," he said.

"So being embarrassed and called out on the world stage, that sort of inconsistency, questions of human rights violations being raised on the world stage, that is what began to help turn the tide for civil rights. I don’t think that it was 'empathy,' but a particular kind of shaming, or showcasing the absurdity of liberty, the absurdity of the American democracy and the ways in which the black experience actually gives lie to that kind of rhetoric and discourse."

In the aftermath of the bombing, the city of Birmingham and then-Alabama Gov. George Wallace feigned attempts to track down the perpetrators. But to many proponents of the civil rights movement, the suspects were only a small part of a much bigger problem.

"The blood of four little children … is on your hands," he said. "Your irresponsible and misguided actions have created in Birmingham and Alabama the atmosphere that has induced continued violence and now murder.”

The day after the bombing, the Milwaukee Sentinel published a story effectively scolding the nation, saying that "the Birmingham church bombing should serve to goad the conscience. The deaths ... in a sense are on the hands of each of us.”

Also the day after the bombing, a white Alabama lawyer, Charles Morgan Jr., delivered a speech against prejudice and injustice at a lunch meeting of the Birmingham's Young Business Men's Club, and was forced to leave the city as a result.

Four little girls were killed in Birmingham yesterday. A mad, remorseful worried community asks, "Who did it? Who threw that bomb? Was it a Negro or a white?" The answer should be, "We all did it." Every last one of us is condemned for that crime and the bombing before it and a decade ago. We all did it.

In 1963, Addie Mae Collins, Denise McNair, Carole Robertson and Cynthia Wesley became soldiers in a war they didn't fully understand, and died for a cause beyond the reach of their young minds.

But the bombing of the 16th Street Baptist Church, and the deaths of four innocent little girls forced Americans to confront the ideology that black lives were not as valuable as white lives -- something the nation still grapples with today.

"You might argue that we won the war, but we lost the peace in some ways. Many of the civil rights gains have been gutted and marginalized, and it really is difficult to get a handle on where we are," Bryant said. "There’s a way in which white privilege continues under a veneer of black liberty." 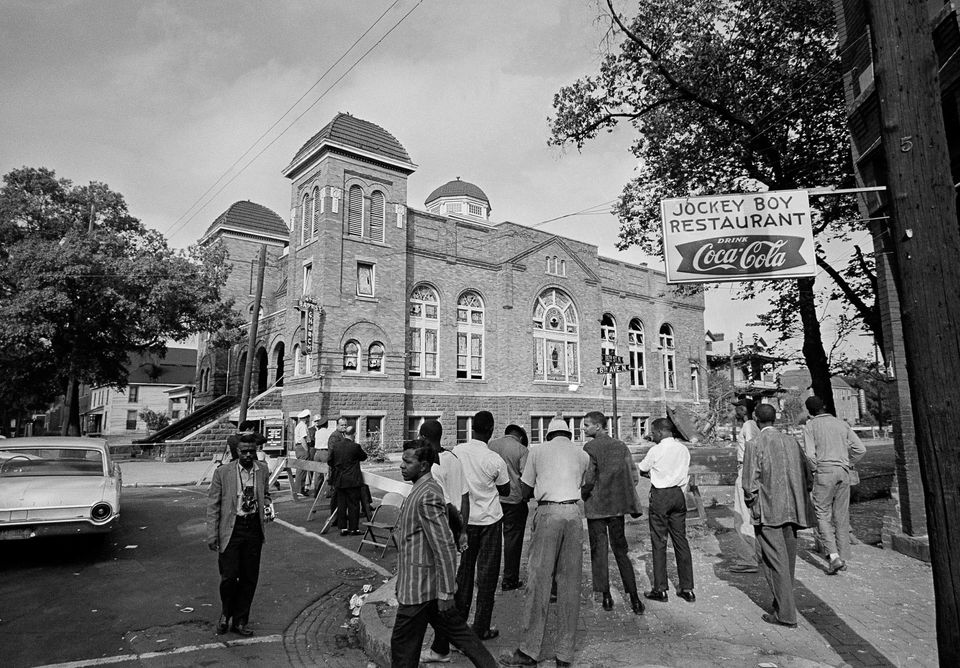