It was my fifth birthday the day JFK was killed in Dallas. I remember nothing about it. My mother was very close to the president and his family -- the Lawfords and the Shrivers -- and had performed with my father at JFK's famous snowed-in inaugural. I understand my birthday party went on because, in those days, the children were left out of the harshest realities of life; or so our parents thought. There are pictures from that party with shock seen in many faces of adults. What I remember is a lingering sadness around my birthday ever since. An avoidance of joy as it marked a terribly sad day in our history, no different than those born on 9/11 or even whose birthday fell on that harrowing day. Never again can it not be linked to great sadness -- great national, global sadness. I look back and see not many smiles on my face after. My parents had divorced in an acrimonious, public shame fest the year before and, for a four-year-old, I'm sure it was as shattering as the effect the actions in Dallas would yield the next year.

I think now about the half a century I have been alive since his passing. What have I done for my country, not what it could do for me? What and where have I epitomized the goals and ideals of that great man and carried them forward?

I have thought about him and as we all now know, he was human and therefore flawed and contradictory, as are all our leaders, as are we all. Why we expect more is rooted somewhere in the collective unconscious that we want everything to be okay, that father does know best, that we want no disturbances in the field.

"Life is pain, Princess, and any one who tells you different is selling something." So says the man in black to a grieving Princess Buttercup in William Goldman's The Princess Bride. Life is pain and people are human and people will try to sell you on the idea that a product can save you from that pain.

Can you still want to follow a great man's words and ideas and not his own marital actions? Do his actions matter? How can we accept the mayor of Toronto's consistent lying and obfuscations and the single greatest non-SNL skit ever played out in real time? Where is Chris Farley when we need him most? He too was sadly human and addicted and lost to his own battle against alcoholism and addiction? Perhaps the mayor will think about that sad, cold fact: that the one man born to parody him is dead from the same behaviors the mayor is still deluding himself about and perhaps that, above all else, might jar him into facing the deep, dark truthful mirror of his life and try to save his own as Mr. Farley wasn't able to.

But what to do? Take the good, forget the bad. Is anything all good? No, of course not; but "I have a dream that my four little children will one day live in a nation where they will not be judged by the color of their skin but by the content of their character."

Do we judge someone on the content of their character based solely on their lives in the bedroom or by a lifelong commitment to human rights and the betterment of mankind?

Everybody is human and the half a century has brought us countless examples of great men and women doing amazing things for the betterment of the world amidst their own personal issues and crimes and misdemeanors.

John Fitzgerald Kennedy said, "A man may die, nations may rise and fall, but an idea lives on."

I am sticking with the ideas. Ideas into actions. Start small. Charity begins at home. Then your schools, communities, hospitals, local initiatives and then spread the concentric circle of care outward into the rest of your state and country and the world.

That is the Kennedy I like to think of when I am reminded year after year when everyone asks... "Where were you when you heard JFK was shot."

I was at my own birthday party with balloons and a Barbie cake with five glowing candles and presents and games and an understanding that something enormous had shifted in the universe and my happy birthday would never be truly happy again. 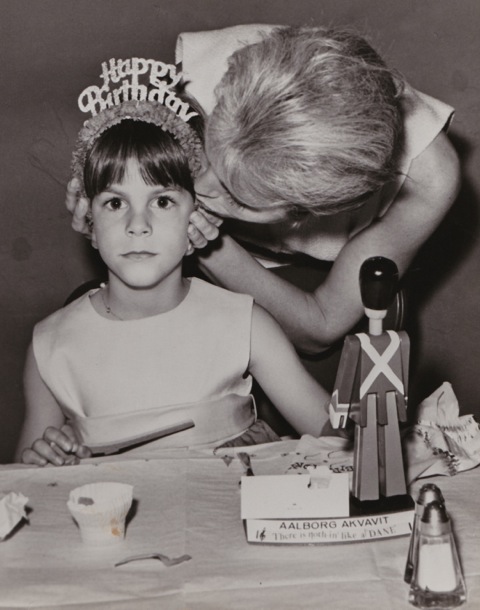