Americans largely disagree with the Trump administration’s decision to allow employers to opt out of covering birth control in their health insurance plans if they have moral or religious objections, a new HuffPost/YouGov poll finds.

Respondents to the poll say, 45 percent to 32 percent, that they support requiring employers to provide health care plans that cover the cost of contraceptives for their employees. They also say, 43 percent to 35 percent, that private businesses should be required to provide plans covering contraceptives even if the owners object to birth control on religious grounds.

The responses represent a modest drop in opposition to the contraception mandate since 2014, when a poll taken shortly before the Supreme Court ruled on a case involving Hobby Lobby. In that survey, 36 percent of Americans opposed requiring employers to provide health plans covering contraceptive costs, and a 44 percent plurality said private businesses shouldn’t have to provide such plans if the owners object for religious reasons.

Nearly half the public opposes President Donald Trump’s decision to roll back the rule, the latest poll finds. Forty-eight percent of Americans say they disapprove of it, and just 36 percent approve.

MORE OF THE LATEST POLLING NEWS:

TRUMP’S BASE RALLIES BACK AROUND HIM ― The percentage of Trump voters who say they “strongly approve” of his job performance ― a number that dipped to 43 percent in early August after the Senate’s failure to repeal Obamacare ― is now back up to 58 percent, according to YouGov/Economist polling released Wednesday. That’s the highest it’s been since late June.

TRUMP’S ‘REAL-WORLD POLITICAL SCIENCE EXPERIMENT’ ― Brian Resnick: “If prominent Republican leaders start breaking away from Trump because they don’t like his ideas or temperament, will the base also break? In essence, Trump is providing an unprecedented opportunity to test the ‘follow the leader’ theory of political science — and to see if Trump will push his followers to a breaking point….Other research has found that many of us will change our opinions merely from learning a leader supports an idea….When a party leader vocalizes a strong opinion on an issue, many people will just accept that view. In the mind of the voter, it’s replacing a hard question (‘How do I feel about international trade taxes?’) with an easy question (‘What team am I on, and how would they answer this question?’).” [Vox]

CASE IN POINT ― Kevin Quealy: “About three weeks ago — before President Trump said that N.F.L. owners should fire players who kneel during the national anthem — Democrats and Republicans held relatively similar views about the league. About 60 percent said they viewed it favorably, while about 20 percent said they viewed it unfavorably, according to daily online surveys conducted by Morning Consult, a polling, media and technology company. Since Mr. Trump’s remarks, though, many of his supporters have changed their attitudes. Trump voters are now much more likely to say that they view the N.F.L. negatively, reflecting a sharp change around Sept. 23, when Mr. Trump criticized the players at a speech in Alabama. The views of Hillary Clinton voters have not changed appreciably over the last few weeks.” [NYT]

THE CENSUS IS IN TROUBLE ― Michael Scherer and Tara Bahrampour: “Commerce Secretary Wilbur Ross plans to ask Congress for a major increase in funding Thursday to salvage the 2020 Census, a program beset by cost overruns, poor preparation and a population of Americans who are less likely than at any point in recent history to self-report their existence to the federal government….At the hearing, Ross is expected to warn of declining national interest in participating in the census. In 2010, 63.5 percent of people voluntarily responded to the initial mailing. In the 1970s and 1980s, initial response was more than 75 percent. The projected self-response rate for 2020 has fallen to between 55 percent and 60.5 percent, according to the document.….Typically, in the years leading up to the decennial count, funding is ramped up significantly. But in recent budgets, funding flatlined, sparking predictions that to get an accurate count the bureau would later have to play catch-up, costing more in the long run.” [WashPost]

ONE PROJECT ALREADY DELAYED ― Danny Vinik: ”The next Economic Census was supposed to start in January, five years after the previous one, as usual. But earlier this year, the Census Bureau quietly changed its deadline, pushing it back at least six months. The agency told POLITICO that it has not publicly announced the delay but confirmed that aspects of the Economic Census were ‘re-planned,’ and the results would be out six months late….In a tight budget environment, the bureau was effectively forced to choose between two of Washington’s most important efforts to collect data on the country. Even if it’s conducted on the new schedule, the delay of the 2017 Economic Census will have negative effects down the line; it leaves outdated baseline numbers in place for policymakers, and creates problems for companies that need to comply.” [Politico]

WHAT THE POLLING AVERAGES SAY AS OF WEDNESDAY AFTERNOON:

‘OUTLIERS’ ― Links to the best of news at the intersection of polling, politics and political data:

- New polls find Americans are optimistic about the economy, but concerned about Trump. [USA Today, Quinnipiac]

- Views on gun control weren’t always as polarized as they are today. [HuffPost; see more on reactions to the Las Vegas shooting and opinions on gun silencer regulations]

- American trust in the media has risen 9 points since last November. [Reuters]

- A Cosmopolitan/SurveyMonkey poll finds women are discouraged about running for office. [Cosmopolitan]

- Steven Shepard reports on the Clinton campaign’s decision to stop doing deeper-dive surveys toward the end of the 2016 campaign. [Politico]

- Anna Brown reports on a study of survey respondents’ assumptions about their interviewers’ race. [Pew]

Find the latest polling stories, updates and charts here. Want to get stories like this in your inbox? Sign up here.

The HuffPost/YouGov poll consisted of 1,000 completed interviews conducted Oct. 6-8 among U.S. adults, using a sample selected from YouGov’s opt-in online panel to match the demographics and other characteristics of the adult U.S. population.

HuffPost has teamed up with YouGov to conduct daily opinion polls. You can learn more about this project and take part in YouGov’s nationally representative opinion polling. More details on the polls’ methodology are available here. 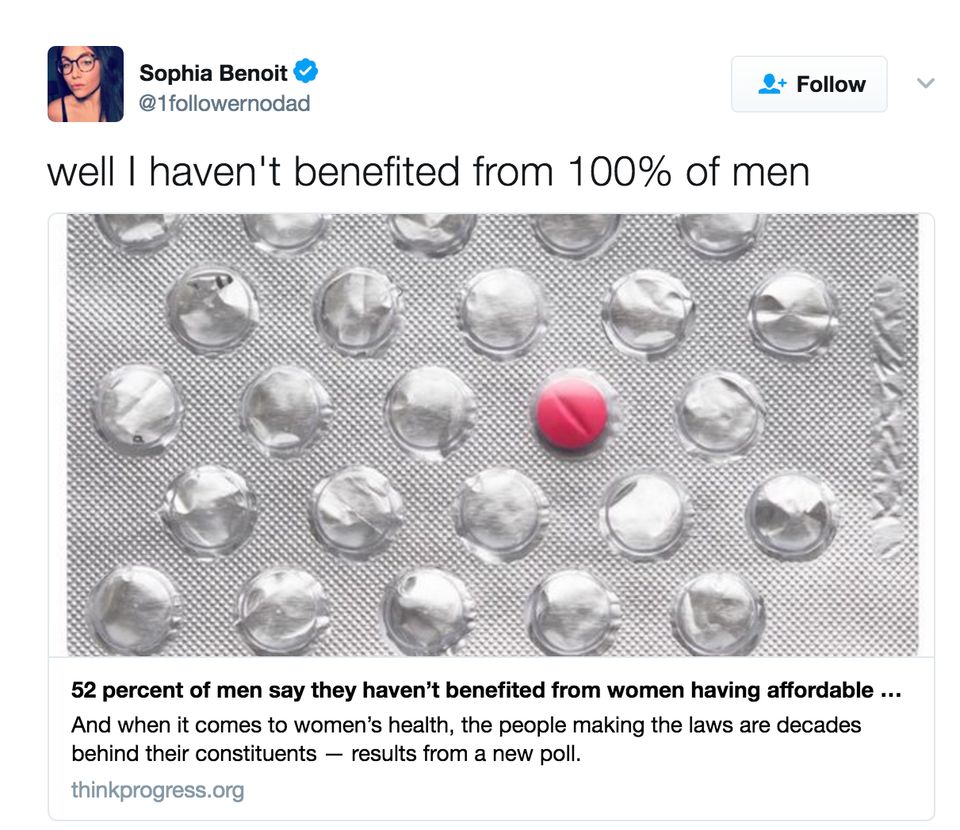