It looks like middle children are getting the short end of the stick again. New research says the order in which you were born may impact your likelihood of finding love later on in life, with middle children faring the worst.

A new study from dating website Plenty Of Fish analyzed data collected from 7.6 million singles in the US and Canada and discovered that first borns are more likely to find relationships than only children, middle children or the babies of the family.

Check out the graph below to see how all the different birth orders stack up: 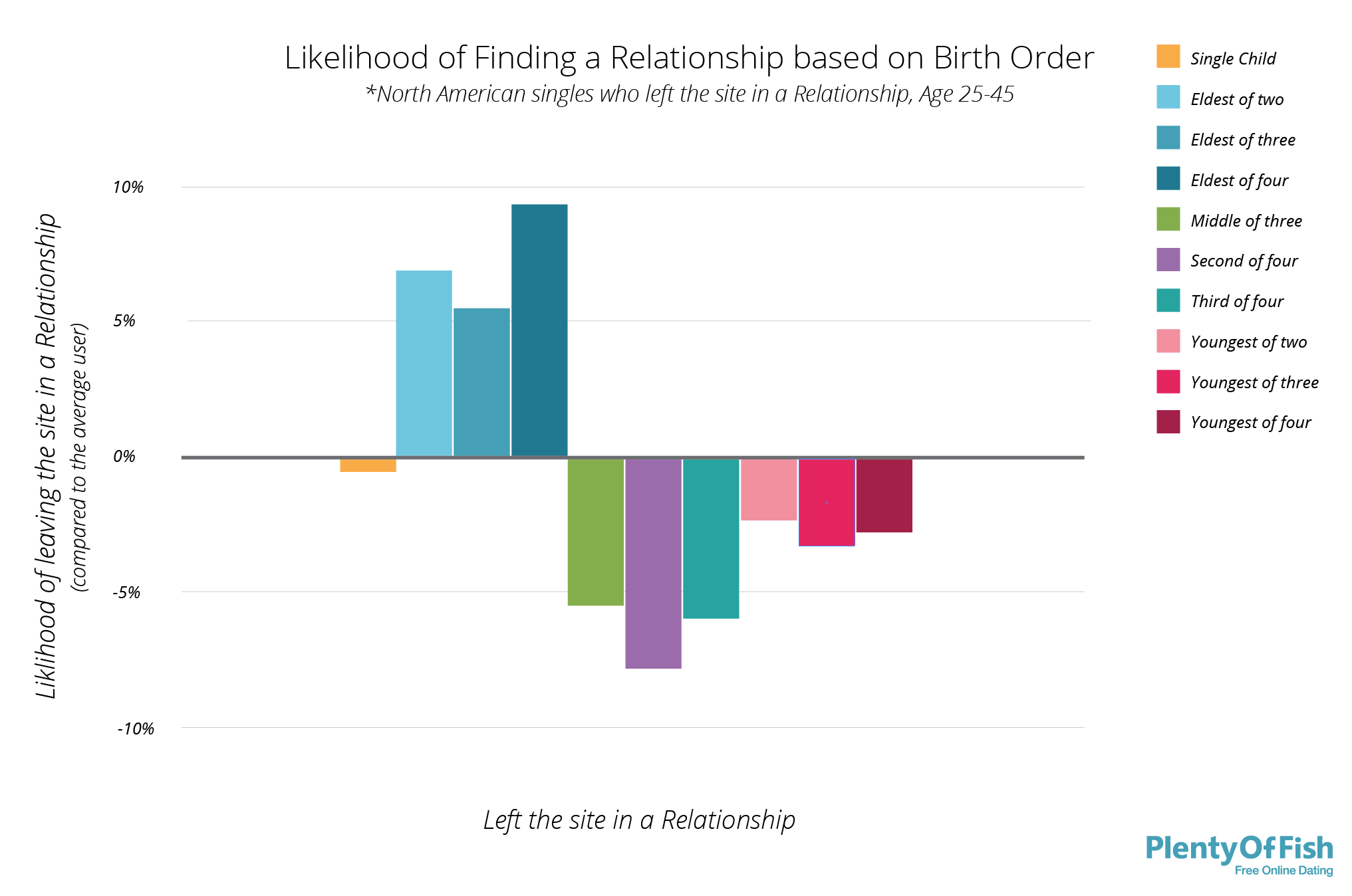