Only children have a reputation for being perfectionists and high-achievers, constantly seeking attention and approval from their parents and from others.

But children with siblings, too, express unique personality types based on their birth order.

While a number of factors play a role in a child's development -- including genetics, environment and parenting -- birth order can also influence their defining traits and behaviors.

Since the 1970s, thousands of scientific studies on birth order have been conducted, but psychologists often disagree about how much of a role birth order actually plays in development. However, some common aspects of the personalities of oldest, middle and youngest children that are consistent across the literature.

Why do these differences occur? Many psychologists have suggested that siblings' personalities differ insofar as they adopt different strategies to win their parents' attention and favor. By this theory, the oldest child may be more likely to identify with authority and support the status quo, while younger children are more likely to seek attention by rebelling.

"Kids learn their role in their family," Dr. Kevin Leman, a psychologist and the author of The Birth Order Book and The First-Born Advantage, told The Huffington Post. "Firstborns are held to a higher standard. As kids come into the birth order, parents loosen up."

Here's more on what science says about the personalities of youngest, middle and oldest children:

Firstborn children tend to be achievement-oriented, often performing well in school and thriving in leadership positions, according to Leman.

"Firstborns are the first of everything ... and they are the standard-bearers," Leman said, adding that most U.S. presidents have been firstborn or only children.

Indeed, there is a good deal of research to support this personality profile, including a 2012 paper reviewing more than 500 studies from the past 20 years. In the paper, psychologists from the University of Georgia showed that the firstborn child (or the one who has taken on the psychological role of the "eldest") is the most likely to hold leadership roles and to strive for achievement. A 2009 study published in the journal Child Development also found that firstborn children are more likely to conform -- which can manifest as seeking to please their parents and others by doing well in school or in work.

"Firstborns tend to be responsible, competitive and conventional, whereas laterborns have to 'distinguish' themselves and create a specific niche by being playful, cooperative, and especially, rebellious," Belgian psychologists Vassilis Saroglou and Laure Fiasse wrote in a 2003 paper published in the journal Personality and Individual Differences.

Studies have shown that the baby of the family tends to be more creative, rebellious and attention-seeking. This makes sense, considering the way parenting can often change from the oldest to the youngest child. Mom and dad are often more hands-off and lenient once they've become more comfortable in their role as parents, and have gone through the process of raising a child at least once.

"Youngest children are manipulative, social, outgoing, great at sales. ... They got away with murder as kids and know how to get around people," Leman said.

While the baby may be prone to attention-seeking behaviors, one study noted that there does not appear to be a link between youngest children and delinquency or problem behavior, as is sometimes suggested.

The oldest child gets Mom and Dad's undivided attention, while the baby of the family can often get away with doing whatever they want. So where does that leave the middle child?

The middle child tends to be the family peace-keeper, Leman noted, and often possesses traits like agreeableness and loyalty.

A 2010 review of birth order literature also found that it's common for middle children to be sociable, faithful in their relationships and good at relating to both older and younger people.

Because middle children are often stuck in the middle, quite literally, they tend to be great negotiators and compromisers, Leman said.

"Middle children are tougher to pin down, but they tend to be very loyal and to highly value their friendships," he added.

So how can parents help oldest, middle and youngest children thrive? A parent's most important job is to support a child's unique journey, according to child development expert Dr. Gail Gross.

"Children need to be allowed to find their destiny, whatever their role in the family may be," Gross advises parents in a HuffPost blog.

"Treat your kids differently," he said.

PHOTO GALLERY
Listen To Your Nana

How Being An Oldest, Middle Or Youngest Child Shapes Your Personality
Listen To Your Nana 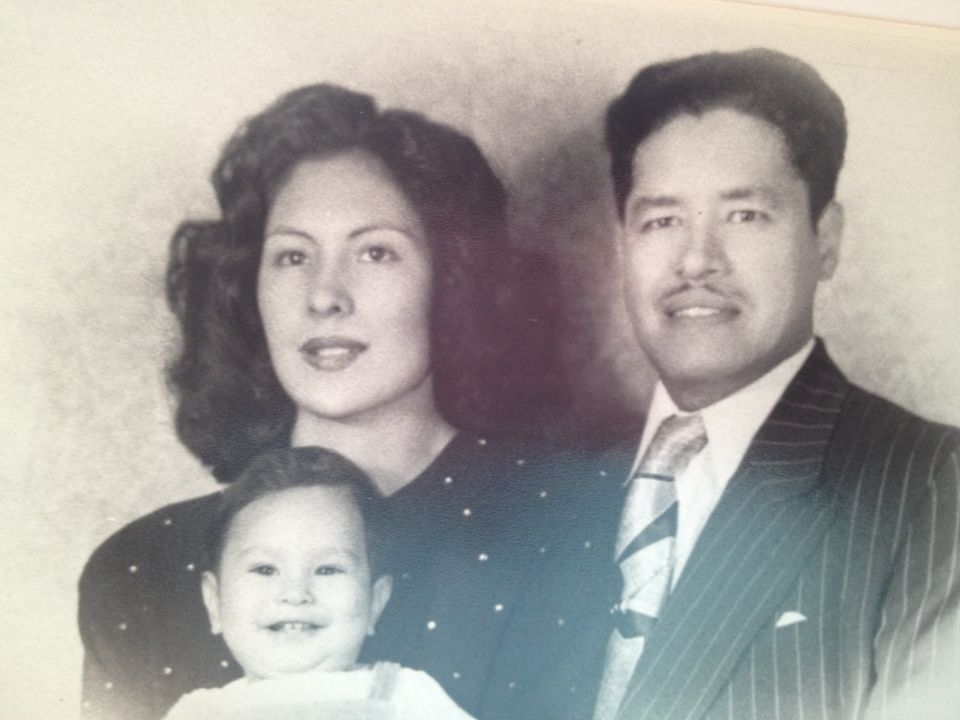