If the text of the citation for the honorary degree Notre Dame bill bestow on President Obama that has been leaked today by anti-abortion extremist Randall Terry is accurate, the university is making much the same case as I did below for why Mr. Obama deserves this recognition.

"This degree reeks of the harlotry spirit shown by a teenage girl who is about to throw away her honor with a pervert," Mr. Terry declared. Huh? How can anyone who seeks to be a Jesus Follower side with such a crazed, hate-filled man and against Barack Obama? 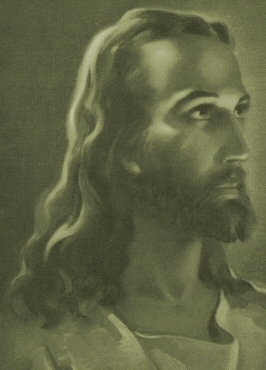 At the last count I have seen, 68 American bishops have come out in public opposition to the University of Notre Dame's decision to invite President Obama to be its commencement speaker and to grant him an honorary Doctor of Laws degree this Sunday.

More than 350,000 people have signed petitions against the invitation. John D'Arcy, Bishop of the Fort Wayne Diocese, which includes South Bend, will boycott the Notre Dame commencement.

Last Friday, at the National Catholic Prayer Breakfast in Washington, Archbishop Raymond L. Burke, the prefect of the Vatican's Supreme Tribunal of the Apostolic Signatura, the church's highest court, proclaimed that Notre Dame's granting of the honorary degree to the president is "a source of the gravest scandal."

As an American Catholic, I find these actions by the Hierarchy and "conservative" elements within the laity to be more than a little disturbing.

Referring to the president of the United States (one who so far is in most respects doing a better job of trying to adhere to the teachings of Jesus than have many of his predecessors) speaking at and receiving an honorary degree from a major American university as a "scandal" is . . . well, scandalous.

But here is the comment that really got my notice and deeply angered me:

"The toxic residue from this scandal will be the perception that Notre Dame has made dissent in the Catholic Church respectable," said Bishop Lawrence Brandt of Greensburg, Pennsylvania. "This cannot be looked upon as a paradigm to be followed by others."

Bishop Brandt's comment on the poisonous nature of the idea that dissent within the Catholic Church is "respectable" is the real scandal.

In fact, making dissent within our Church respectable is exactly what is needed--desperately. For far too long, we have had to suffer under a group of old men following a centuries-long tradition of ignoring the teachings of Jesus and imposing the practices and prejudices of their own time and place as official Church doctrine.

Bishop Brandt is reinforcing the perception long held by many Protestants that Catholicism is diametrically opposed to the essence of Americanism. Dissent is far more American than apple pie. Dissent is what this nation is built upon. Dissent is patriotic.

The belief that Catholics must follow the dictates of the Hierarchy and may not think for themselves was one of the major impediments that John F. Kennedy had to knock down to convince non-Catholics that a Catholic could be president of the United States.

Dissent is not only patriotic; dissent is Christian. Can anyone seriously argue that Jesus was not a dissenter?

According to an Associated Press story at the beginning of this month, the Catholic bishops have made "abortion the paramount issue for their activism."

Well, Jesus was an activist if there ever was one, and he certainly didn't make abortion the paramount issue of his activism. Abortion by various methods was widely practiced in Roman times, yet Jesus never mentioned it. That silence on the subject plainly does not mean that he was "pro-choice," but it certainly indicates that it was not the most important issue to him. It is also very relevant that Jesus was totally silent on the other issue that conservative "Christians" insist is most important (and one that was very widespread in the ancient world), homosexuality.

What Jesus did talk about, over and over again, was helping the poor, caring for the sick and prisoners, opposing greed and the accumulation of wealth, and rejecting war and violence.

Unlike many of those who loudly proclaim themselves to be "Christians" today, the Catholic Church is generally with Jesus on social and economic questions, but the bishops should listen to Jesus when it comes to setting their priorities and not place abortion ahead of the issues Jesus actually addressed and on which President Obama is at least as close to Jesus as they are. Among them are: providing health care, restraining materialism and the accumulation of excessive wealth, opposing torture and preemptive war, and assisting "the least of these."

Because of his very Christian positions on those issues, Barack Obama is a most worthy recipient of an honorary degree from Notre Dame, and if the bishops would listen to Jesus they would agree.

Dissent is not only American; dissent is also Catholic, particularly when the Hierarchy fails to heed what Jesus said.

has just been published in paperback by Three Rivers Press.}