Researchers are expressing astonishment over the mummified remains of an extinct bison discovered recently in eastern Siberia, and no wonder: the 9,300-year-old mummy has been so well preserved by the region's cold weather that its brain, heart, blood vessels, digestive system and even its fur are intact.

“The exceptionally good preservation of the Yukagir bison mummy allows direct anatomical comparisons with modern species of bison and cattle, as well as with extinct species of bison that were gone at the Pleistocene-Holocene boundary,” Evgeny Maschenko, a researcher at the Paleontological Institute in Moscow and a member of the team that's studying the mummy, said in a written statement. 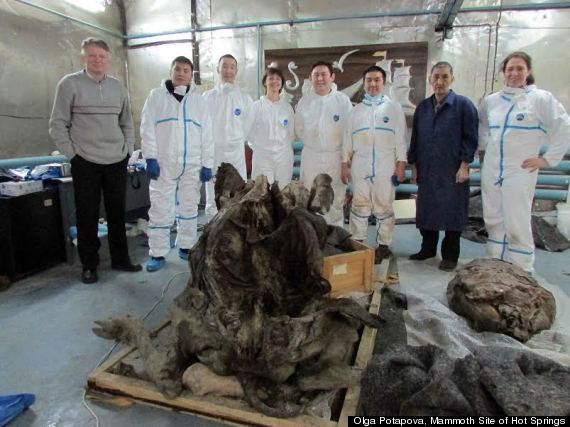 The Yukagir bison and the research team that examined it 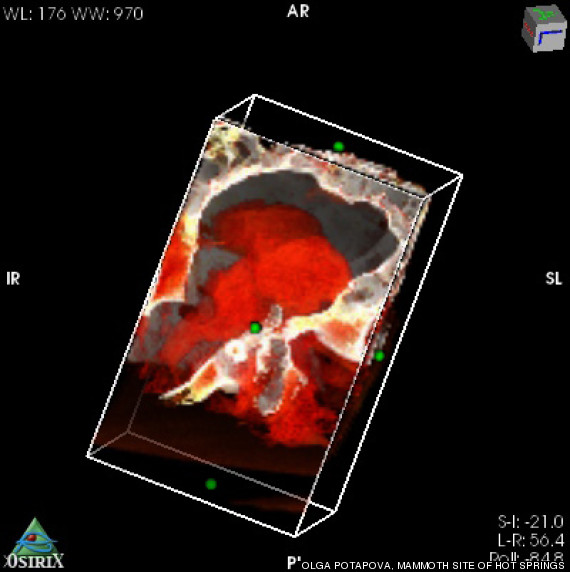 A scan of the bison's skull showing an intact brain. 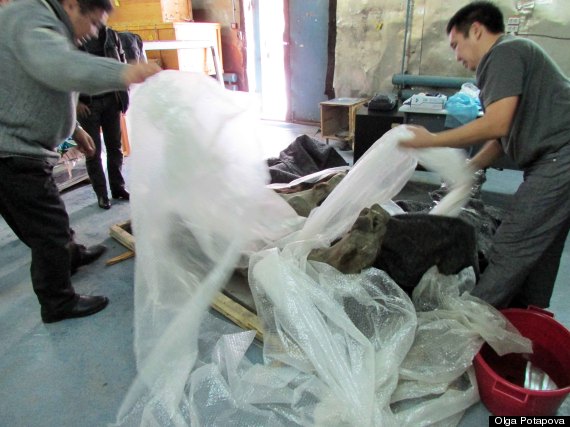 Researchers preparing the Yukagir Bison for the necropsy

The mummy is of an extinct Steppe bison (Bison priscus), a species that went extinct shortly after the end of the Ice Age.

The researchers -- who presented their findings this week at the annual meeting of the Society of Vertebrate Paleontology -- said they hadn't yet determined what killed the bison but said the lack of abdominal fat suggests the animal died from starvation.

This isn't the first time that the remains of a prehistoric bison have thrilled scientists. In 2012, two University of Alaska researchers found an almost complete skeleton of a Steppe bison that died about 40,000 years ago.