Bitcoin, the new digital currency, remains a mystery to many. There is no better way to lift the fog surrounding bitcoin than to let the data speak. And data speaks loudest through charts. Yes, topological analysis is often the best route to comprehension.

I have constructed -- with my assistant, Mazin Al-Rayes -- a series of charts that contain illuminating data about bitcoins and brief directions for use following each chart. 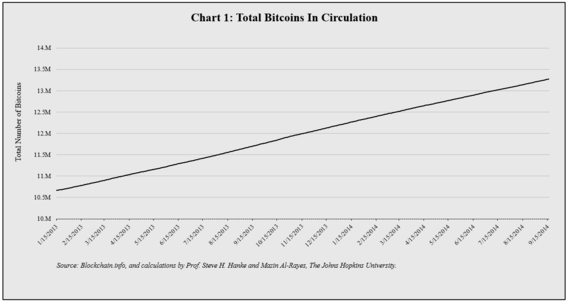 How to interpret: Currently there are 13.235 million bitcoins in circulation. The issuance of new bitcoins will halt when the total number of bitcoins "mined" (read: in circulation) reaches 21 million. 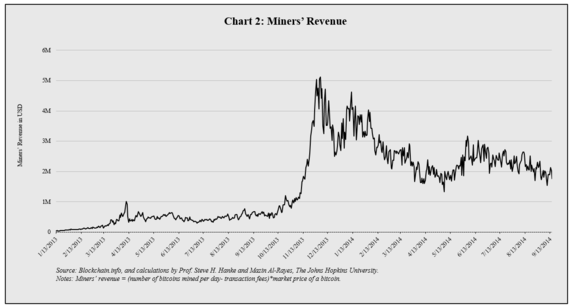 How to interpret: This chart shows the total revenue in USD of bitcoin miners (See: the formula at the bottom of the chart for the calculation). A bitcoin miner can be anyone with a computer and a connection to the internet. Miners lend their computers' processing power to the bitcoin network and are compensated with new bitcoins. Many miners use hardware designed specifically for mining, others simply use their home computers -- pooling their processing power via the internet and sharing the rewards. 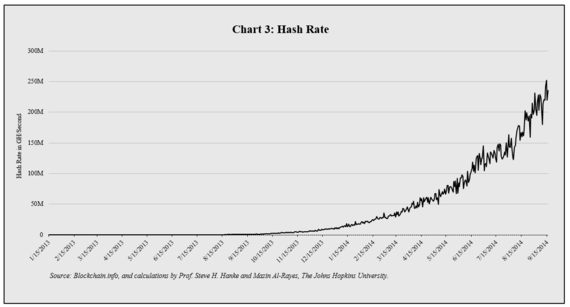 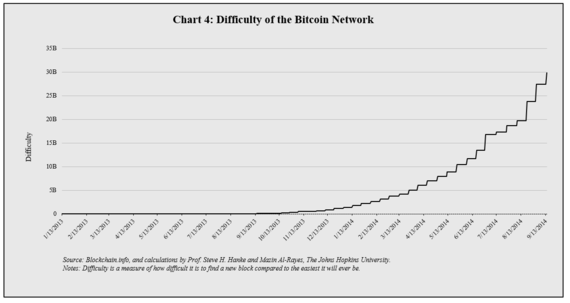 How to interpret: New bitcoins are created at a predictable rate. This rate is a function of both the difficulty level of a bitcoin miner's mathematical operation and the processing power of a miner's hardware. 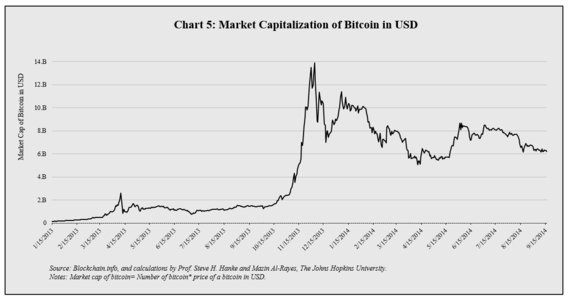 How to interpret: This chart shows the bitcoin market capitalization. This is calculated by multiplying the total number of bitcoins by the market price of a bitcoin in USD. 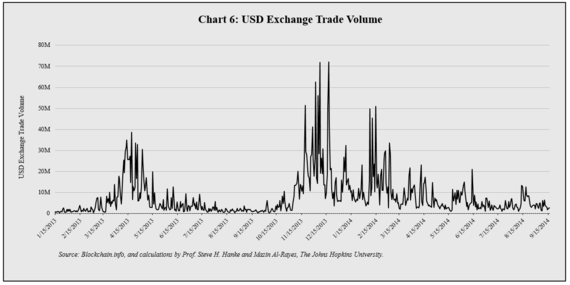 How to interpret: This chart shows the trade volume in USD from the largest bitcoin exchanges. 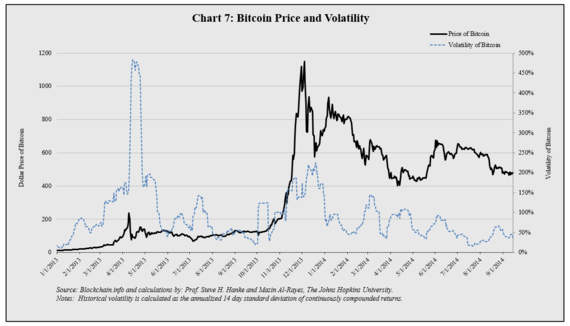 How to Interpret: This chart shows the price and volatility of the bitcoin. Volatility is calculated by annualizing the standard deviation of the daily returns of the past 14 days. If the price behavior over the past 14 days remains the same for one year, the volatility charted above can be interpreted as the expected price change range (+ or -) at the end of the year. 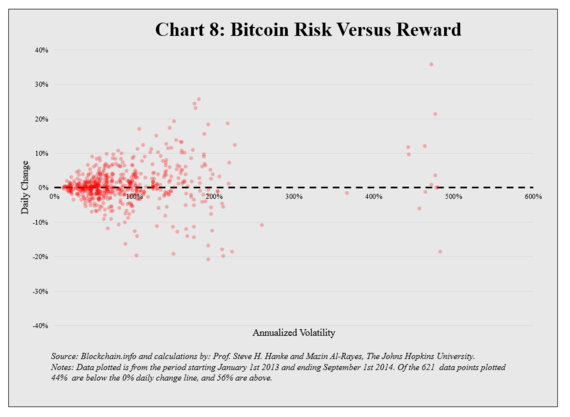 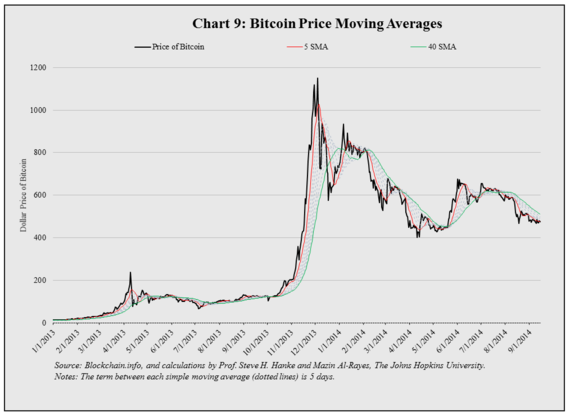 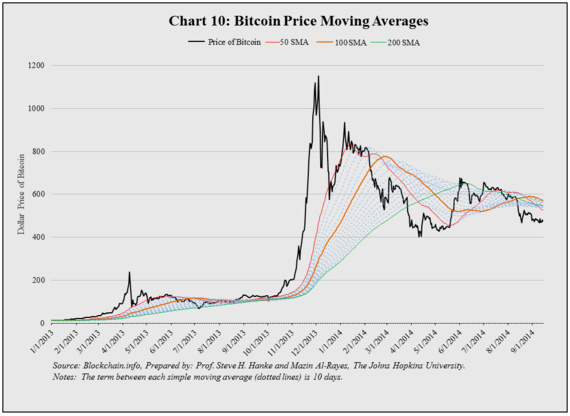 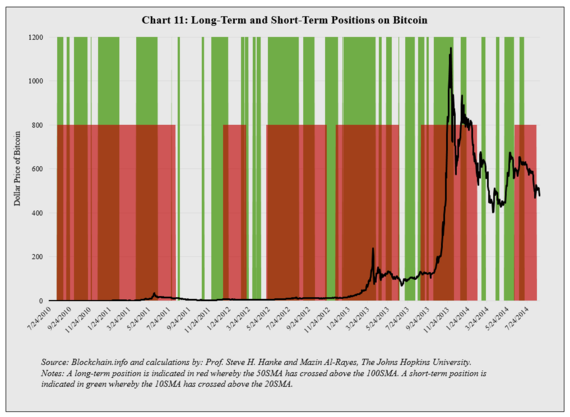