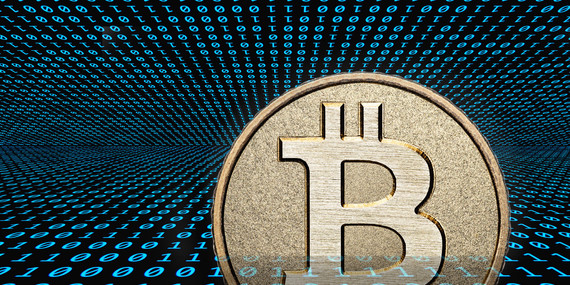 Being an investor in bitcoins last year was pretty ugly. Many who thought they owned a valuable alternative to fiat currency found themselves involved in an unending nightmare, from the $500 million collapse of Mt. Gox exchange to the Silk Road scandal. Posting a more than 50 percent decline against the U.S. dollar, bitcoins were among the worst performing 2014 financial investments. No wonder then that the Financial Times in its February review of "Democratising Finance" concludes: "The vision for bitcoin is beginning to fade".

When I first blogged about bitcoins and their potential for financial inclusion, I was just as skeptical. To obtain and use bitcoins means by definition you are highly privileged, both in your ability to purchase bitcoins through the existing financial system, and to participate in the internet-based economy to use them.

Clever entrepreneurs might change that. In Kenya, for example, a team is trying to use bitcoins as the wholesale mechanism for international remittances. This would allow migrant end-users and their families to exchange funds outside the traditional financial structure, but insulate them from direct access to bitcoins themselves and from exposure to their volatility.

But we may be missing the real agent of change here because of this intense media focus on bitcoins as an alternative currency. It's important to distinguish between bitcoins and Bitcoin, the underlying technology. It is the latter that actually has the greatest potential for disruption and to accelerate the process of financial inclusion - specifically, the ingenuous innovation of the blockchain.

The blockchain creates a public ledger of all transactions that have occurred to date with specific bitcoins. By eliminating the need for money balances to be held in custody by a few trusted third parties, the blockchain turns this fundamental concept of money on its head.

For all the technology we've brought to banking, mainstream payment systems outside of the direct consumer exchange of paper bills and coins essentially rely on a process that hasn't changed in centuries. Payments essentially involve reducing the balance in one customer's account, and increasing the balance in the recipient's account by an equivalent amount. This started historically within local economies, with individual banks settling balances among its various customers. Today that rebalancing extends across many geographies and is covered by a tiered commercial banking system.

At the heart of this bank-led system is a central ledger, with settlement taking place across the books of a central authority, usually the Central Bank, acting as a clearinghouse among participating banks. By contrast, creating a public ledger and proposing any changes to ownership of money balances to the entire community for verification, gives blockchain technology the potential to disrupt the status quo. Rather than commercial banks and the central authority acting invisibly behind the scenes and needing to be regulated and supervised, Bitcoin relies on public visibility and an army of participants - the so-called "bitcoin miners" - to solve the central issue of account-based money balances and make sure that the same money is not used twice to make different purchases of goods and services and thus defraud the seller.

This idea of a public ledger has power beyond payments: it could be applied to other areas that need secure ways to transfer the ownership of an underlying asset in its digital representation, such as securities or property rights.

The key question is whether this blockchain innovation is really a cheaper way of doing things. The answer is not obvious.

In the case of Bitcoin, the innovation of the public ledger to verify the legitimacy of transactions is conflated with the libertarian idea of bitcoins as a private currency. The transaction verification today is subsidized, because it's paid in new bitcoins. The large number of small-scale, independent participants might deploy their time and computing power below true cost for ideological reasons. The large server farms that verify transactions and mine bitcoins at-scale are financed by investors who speculate on a rising value of the currency (click here for link to a fascinating, rare 10-minute video glimpse into a bitcoin factory tucked away in the remote China hinterland).

I don't know the answer to the true cost comparison of running a traditional, centralized payment system versus a decentralized one using the blockchain technology. It seems that the bitcoin scheme by itself is unsustainable. By design, the verification becomes harder over time, and thus more costly, while the rewards for successful verifications decline. In the end state, when there are no more new bitcoins to reward verification, who would do that work? But then, if it is a dramatically cheaper and better approach, central banks could pay for the continuous updating of a modern blockchain-type, public ledger and do away with the traditional centralized one.

The notion of national currencies and fiat money is central to modern economies and government financing. I can't see a world in the foreseeable future, where sovereign nation states give up the control over what currency must be used for conducting its business. The notion of an alternative, private currency is fun to entertain, but hard to see taking root at meaningful scale. The smart venture money, it seems to me, is rightly much less betting on bitcoin (the currency), but rather on Bitcoin (the blockchain innovation) as a new technology for secure, digital property transfers, whose potential use could be big and widespread.