It goes without saying that the United States' childhood obesity rates are beyond problematic -- approximately 17 percent of kids and adolescents in this country struggle with their weight. But it's going to take transcending depressing stories and statistics to actually do something about it.

At least that's the message translated in 'BITE SIZE,' a new documentary that peers into the lives of four preteens and their unique struggles to get a handle on their health. Taking viewers along on each child's journey, the film goes beyond highlighting the roots of their weight problems and shares, step by step, how they are working diligently to change their health for the better.

In interviewing "BITE SIZE" director Corbin Billings, The Huffington Post heard firsthand about the making of the film, the surprising truths it reveals about this personal struggle, and potential solutions to the childhood obesity epidemic that are, in the end, quite encouraging.

What inspired you to create this documentary?

One in every three children in America is now statistically overweight or obese, and obviously this is a great looming threat not only to our happiness, but also our healthcare system. You read these statistics every single day, but there’s something that we’re missing that’s not quite connecting with the national consciousness, because we keep repeating the same mistakes. We know to eat fruits and vegetables, we know to exercise, but what’s the missing link here?

I, too, grew up struggling with my weight. The stigma of being fat followed me throughout middle school, I was on every fad diet from Atkin’s to South Beach, taking Hydroxycut pills, trying to get a quick fix for what essentially isolated me and subjected me to teasing and bullying... When we tell this story, we show this weight that you carry is really more emotional than physical... When we stop focusing on going to the gym or looking at the scale and measuring our success in those terms, and instead find an activity that keeps us active and makes us happy, it sort of creates this effortless transformation. That drove me to want to spread this message and bring faces of kids to these statistics we hear every day.

How did you go about sharing the stories of four very different kids in one film?

We approached it on four fronts -- school sports, local community groups, school support groups and fat camps. We understood that there were these four ways that people were generally approaching this issue, and it broke down very well, so it just become more of an investigation. It’s certainly a challenge to checkerboard it. You want it to continually build, editing-wise, but it was actually interesting because the way the film progresses, wWhen you look at the problem, you try to figure out who’s to blame. And we had some of the immediate, usual suspects that always pop up, like the toxic food environment kids are living in or negligent parents. But it takes more of a psychological approach than anything, looking at what it takes for a child to feel supported. In making the film, I could see that as these kids were involved in this project, their confidence swelled. They knew that they were worth it. They had greater self-love -- I saw that really come out of them.

What was it like watching middle schoolers work through such a difficult time in their lives?

It’s definitely a volatile age, but it’s interesting because it’s also so transformative. At this point in their lives, they’re right on the cusp of developing compromising defense mechanisms to deal with the bullying. KeAnna is a great example of this in the film because she’s such a practical joker -- she’s always laughing. But she tells a story in the film where she’s in the middle of class and her desk breaks from underneath her and she falls, and everybody in the class laughed. She laughed at it like it was the funniest story, but her counselor points out, 'Were you really laughing? Or were you just laughing so you didn’t feel like it was an even bigger deal?' And of course she shuts down. 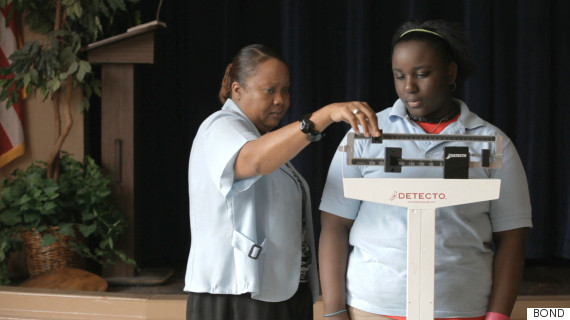 KeAnna, one of the kids featured in "BITE SIZE"

Why do you find it most successful to host these conversations and interventions within this age group?

It’s interesting how deep these addictions go when you look at how children are raised. Kids, when they’re in middle school, may be more cognizant and able to recognize what’s going on, but these addictions run from what they were essentially raised on. KeAnna also tells a story about how her mother would melt down Jell-O and put it in her bottle when she was a baby, and so it's no wonder that Jell-O is her favorite food now that she’s 14. This is something that especially in Mississippi is really hard to combat, because you have a food culture that considers it a reward and a comfort. The fact that her mom passed away when she was only 2 years old made this one of the fond memories that she has of her. It’s interesting how we hold onto all of that, even subconsciously.

What surprised you in making the documentary?

You can understand what a toxic food environment is in terms of lack of access to healthy fruits and vegetables -- you can read that in a textbook -- but when you actually visit places like Barksdale, Mississippi, and you see that there isn’t a grocery store but a strip along the main road of every fast food restaurant you could imagine, it really begins to hit home that it’s exacerbated by the poverty you witness around it. This is happening on some of the most fertile land in the United States of America… there are incredible resources available but none of that is used for a community garden. It’s not accessible for some reason -- it’s a cultural mindset. The stakes are high against some of these kids. 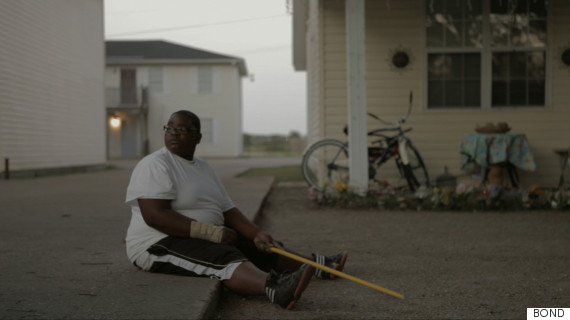 Davion, one of the kids featured in "BITE SIZE"

Davion is a child we started following when he was 12 -- he was just short of 300 pounds and had been diagnosed with Type 2 diabetes. Everyone in his family had Type 2 diabetes... His parents have so much going on in their lives and so many other children to take care of, so it often felt like Davion was an afterthought, especially as far as his health was concerned. But despite having all these things stacked against him, he finds incredible resilience in himself and specific role models. If this film hits in on anything, it’s that role models are essential to fighting childhood obesity and making kids happier just by having these role models in their lives.

Did you see any other big-picture, sustainable solutions that came out of these kids' experiences?

One of the important things we wanted to focus on was replicable solutions. And Moy does it in a way that’s very similar to my own experience -- through 'exer-gaming.' His dad surprised him with an Xbox Kinect because the kid would never get off the computer, and he loved playing video games more than anything… While Moy was one to isolate himself when everybody in the park would be playing football, you put that in a video game and suddenly he’s catching and throwing and it’s a totally different equation. It actually got him and his dad to play catch in the front yard. It’s interesting to see the ways technology can offer solutions. 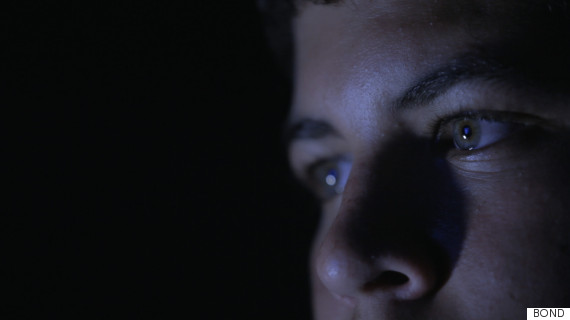 Moy, one of the kids featured in "BITE SIZE"

Another thing is 'guaranteed solutions' that are sometimes the most expensive aren’t necessarily effective. That’s revealed in Emily’s story line -- you can ship your child off to a resort where they exercise themselves into shape and starve themselves into shape, but if you don’t fix the main issue of being supportive as a parent, then that solution will ultimately not guarantee you the results you’re looking for. 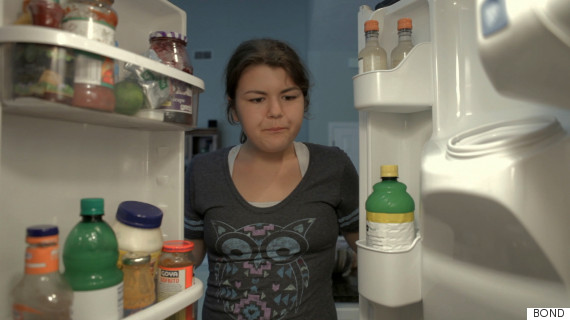 Emily, one of the kids featured in "BITE SIZE"

What I love most about the film is that it’s very stereotype-defined. In the first 10 minutes, you make up your mind and judge and say, "Well of course the little white girl who has access to all of these resources is going to be successful, whereas the poor African American boy in Mississippi doesn’t have a chance,' but you watch the film and see that more than anything, the solution can be found in yourself. I love the concept of individuals being the most powerful figures in their lives, no matter the regime they live under.

"BITE SIZE" is now available to watch on iTunes and at bitesizemovie.com.

Note: This interview has been edited for clarity and length.