An exotic land of leaping lemurs, neon chameleons, carnivorous plants, tropical rainforests, and beyond perfect beaches -- few people know Madagascar as well as Kensington's Explorer in Residence, Travis Steffens. The island is a world completely its own, far from the typical African safari. Having worked, lived, and studied primates in Madagascar, Travis has an in-depth knowledge of not only the wildlife, but also the country's culture and traditions. Led by Travis, a journey into this exotic land unveils all the bizarrely beautiful creatures lurking in its landscapes.

Known as the "Eighth Continent," the "Red Island," and "Land of the Lemurs," Madagascar is one of the most unusual and amazing destinations to explore. Nearly everything found in Madagascar can only found there and nowhere else in the world. Per square kilometer, there is more genetic diversity than anywhere else on the planet. On top of that, Madagascar is huge! It is the fourth largest island in the world and is comparable in size to France or Texas. With that kind of size, the possibilities are endless, and incredible wildlife is waiting round every corner. From invisible geckos and colorful chameleons to strange primates and otherworldly insects, here are a few amazing creatures that you may see while visiting what is arguably the most unique country in the world. 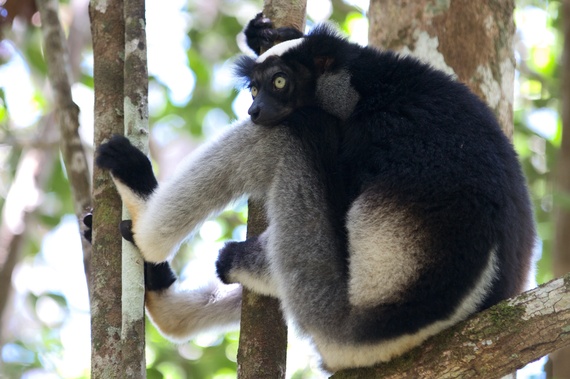 Indri
Lemurs were named after roman "spirits of the dead" because of their haunting calls. The indri is arguably the most spectacular lemur. With a call that sounds like a piping trumpet, Indris are the loudest of all lemurs and the second loudest primate in the world. Although their habitat is decreasing, Indris are one of the easiest lemurs to observe in the wild. A visit to Madagascar isn't complete until you have heard one of these amazing animals. 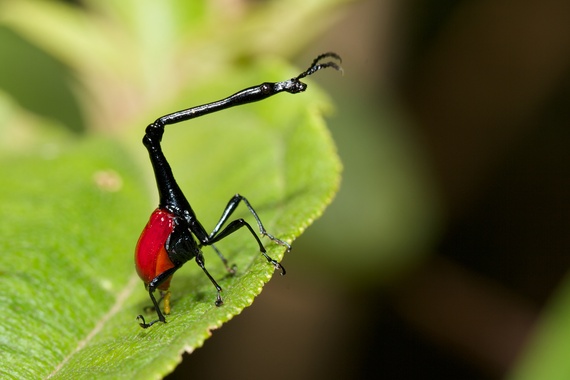 Giraffe Necked Weevil
Long necks and spectacular red and black bodies make this unusual insect quite a sight to see. They are found on only one plant species in the eastern wet forests of Madagascar. With their impossibly long necks, males battle other males for access to females. Females, in turn, select the strongest male, as evidenced by its long neck. Here is a situation where size does matter. 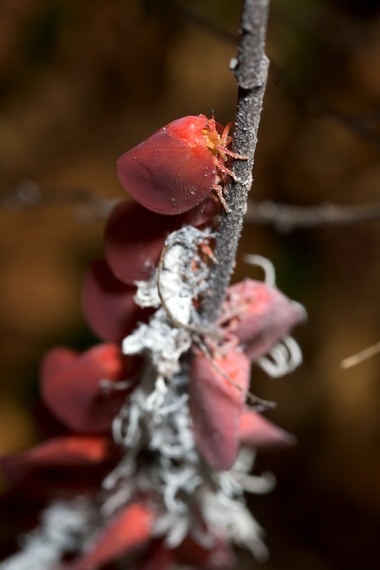 Leaf Flatid Bug
Starting life under a leaf looking like miniature popcorn, leaf flatid bugs later grow into outrageous Martian-like bugs that clump together on a tree. The clumps look like strange flowers or fungus. However, after living virtually in the same spot for weeks, the insects molt into their adult form, a beautiful leaf bug. Their bright colors can be green, yellow, or red and they are another oddity who call the island home. 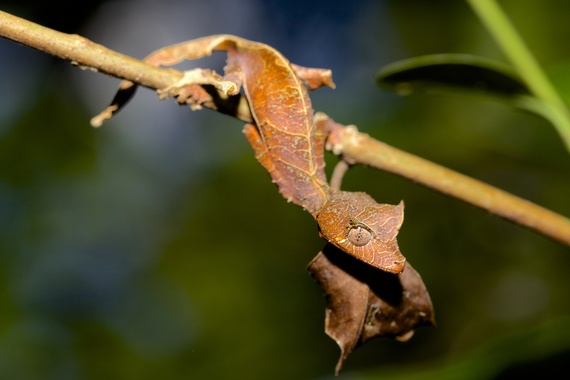 Leaf-Tailed Gecko
Some animals astonish with their bright colors, strange sounds, or unusual shape. Leaf-tailed geckos, on the other hand, are incredible because of their insane ability not to be seen. They are one of the most cryptic animals in the world. Some species have developed textured bodies that help them blend seamlessly onto the bark of a tree. Other species contort their bodies and form shapes reminiscent of dead leaves. Leaf-tailed geckos are masters of camouflage. To see one requires a keen eye and knowledge of their habits. Fortunately, Madagascar has some amazing guides that know just where to look. 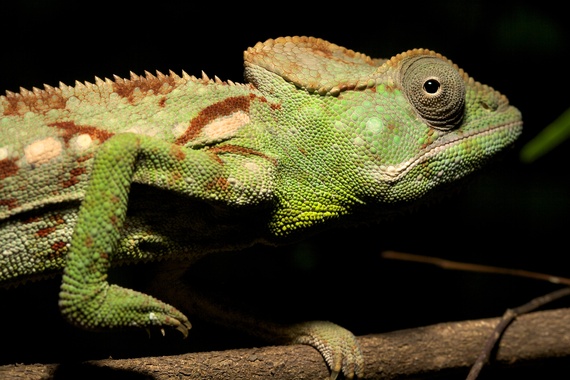 Chameleons
Strictly speaking you can find chameleons in many countries throughout the world, but Madagascar has over half of the world's species in one place! Although masters of camouflage chameleons come in a variety of colors, sizes, and shapes. The world's largest and smallest can be found in Madagascar. The smallest -- the micro chameleon -- is actually the smallest lizard in the world.

About Travis
A primatologist with a passion for conservation, Travis Steffens has dedicated his life and research to community development efforts, environmental education, eco-tourism projects, and international awareness in Madagascar. Considered an expert in the field, his current research is on the impact of habitat loss and threat of extinction posed to lemurs, a primate with 100 different species (many of which are endangered) endemic to the isolated African country. Travis holds a BSc and MA in Primatology, is currently a PhD candidate at the University of Toronto, the founder of Planet Madagascar, and is a current Kensington Tours Explorer in Residence.