What are those things?

Scientists dredging the seafloor in the Atlantic Ocean several hundred miles east of Barbados in January were surprised when their sled got snagged -- and, after freeing it from the seafloor, even more surprised at what it brought up.

The sled's nets were filled with heavy metal orbs ranging in size from golf balls to softballs. Images captured by the sled showed an entire field of what turned out to be manganese nodules -- researchers say it's the largest such deposit ever found in the Atlantic. 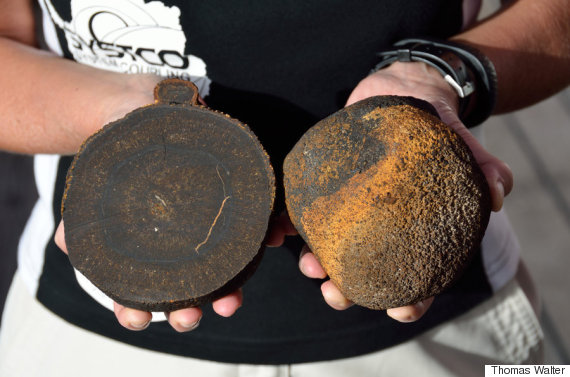 The manganese nodules, discovered in January during a recent scientific expedition in the Atlantic, are up to 10 million years old.

"Manganese nodules are found in all oceans," Dr. Colin Devey, a geologist at the GEOMAR Helmholtz Centre for Ocean Research in Kiel, Germany and the expedition's chief scientist, said in a written statement. "But the largest deposits are known to occur in the Pacific. Nodules of this size and density in the Atlantic are not known."

The nodules were found during a 42-day expedition through Jan. 26 aboard the German research vessel SONNE, which explored the ocean between South America and Africa, Live Science reported.

Some of the nodules may date back as far as 10 million years, as they tend to grow one to five millimeters every million years. That means they may provide insight into Earth's ancient environmental past, according to the researchers.

As to how the nodules form, the researchers said that's still a bit of a mystery. 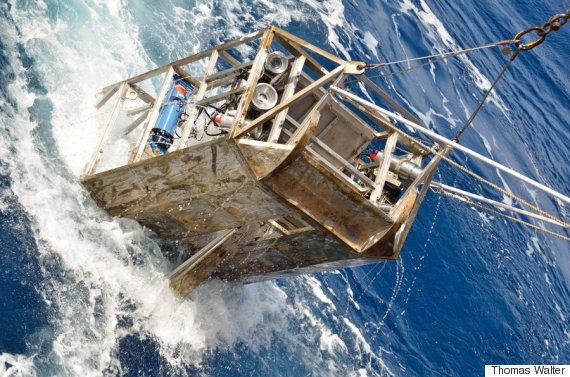 Along with manganese, the nodules consist of copper, nickel and cobalt -- and may contain the rare earth elements used in smart phones and other high-tech electronics. For that reason, they're raising a debate over the risks and potential for deep-sea mining.

"Many questions about potential ore mining in the deep sea, however, are still unanswered," Dr. Matthias Haeckel, a GEOMAR researcher who is coordinating a three-year project to explore the potential environmental impact of deep-sea mining, said in a written statement. "We should get to know the deep sea better before we start to change it on potentially large scale."

1 / 14
This April 21, 2010 photo shows a hawksbill sea turtle as it cruises over a reef just off the shore of Curacao. From mesmerizingly decorative buildings to lush coral reefs beneath sparkling turquoise waters, this Dutch Caribbean island has more than enough sights on land and under the sea to keep visitors restfully busy for a week. (AP Photo/Brian Witte)
AP