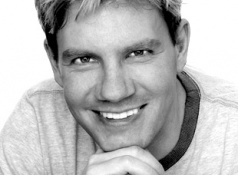 When the headlines told us that the global warming debate was over, it seemed like we environmentalists could breathe a collective sigh of relief. The United States elected a cap-and-trade-sympathetic administration, and the Environmental Protection Agency says it is going to exert some of the "P" in its acronym after it formally labeled carbon dioxide a pollutant last month. So now that the debate is over, has the discussion ended?

Much of what I assumed to be climate consensus has been turned on its head since I moved to the Midwest from New York. Meaning, there a lot of people here in the Middle who care about environmental issues but are not convinced climate change is related to human activities and/or is as dire as predicted. I believe it is. . .and I also believe that in order to get buy-in from such diverse constituents, it's imperative that we engage in dialog with those who hold differing opinions.

That inspired me to reach out to
Bjorn Lomborg, author of The Skeptical Environmentalist and Cool It, who argued last week in a piece the Wall Street Journal that we are becoming victims of the "climate-industrial complex" because businesses that will profit from carbon cutting are saddling up to politicians and are demanding regulations that we've been told are coming. Some environmentalists have dismissed Lomborg's assertions and refused to engage with him but should we kick "other" viewpoints out of the conversation about climate change? Who is the arbiter of what's valid and what isn't?

"Of course, we do need to have a discussion," Lomborg said in our interview. "What I find problematic is the reluctance or even a lack of interest in having a discussion about what are the policy measures that we should adopt."

We think we've won the green war, but perhaps the battle is just starting. Although many of us living in liberal or green-minded cities may balk at the idea of climate skepticism, the number of people who feel confused and threatened by climate science are real--and people like Dr. Lomborg have their ear. Their concerns need to be honored and addressed, which can only happen when we actually take the time to engage with them. Perhaps our fire-and-brimstone message may actually be scaring people away, instead of inspiring them to act.

"A large part of the reason why you're seeing so many people skeptical of all of the green stuff is exactly an outcome of the way that green is presented--in only one way and often in a very polarizing way," Lomborg said. "That doesn't help. It turns people off."

I am writing a book about how the environmental movement needs to employ different tactics to reach diverse constituents. Strangely enough, the people who have been the most receptive to me in writing this book are not my most visible allies. They are people on the "other" side of the conversation.

Mainstream media (I use this term here even though I know how nuanced and diverse media are), previously perceived as the enemies of the environmentalists, used to include "both" sides in every climate change story. To what extent has that "fair and balanced" approach led to recent poll numbers indicating the majority of Americans think climate change is a serious problem but fewer people think it's caused by human activity? And where does the media stand now?

If we know that global warming is real, should we be open to more feedback on how to solve the problem? Or as Lomborg says: "We accept that the world is round, but that doesn't necessitate what kind of policy you then choose for then going around the globe?"

I am not telling you. . .I am asking. What do you think?
You can hear the interview in its entirety here:

This post was written by Simran Sethi and Lauren Keith. Thanks to the University of Kansas School of Journalism and to Bjorn Lomborg for the image.