"Dear Mama," photographer and conceptual artist Branislav Jankic begins, in a letter to his mother Mila, who had long struggled with alcohol addiction and prescription pill abuse.

"Here I am writing you this letter, and it’s hard to find words. In the last 29 years we went through a lot together. Now the end is mixed with tears and laughter. All this was like a weird dream that we will always remember, like we will always remember you Mama. And we will carry you in our hearts forever, because you were and you will always be the best mother in the world."

Jankic, who was born in Vukovar (in former Yugoslavia) in 1983, had a rough childhood, growing up dependent on a mother who was dependent on something else. Later in his life, the two lost touch -- Jankic moved to the United States, his mother remained in her home in Germany -- until Mila was diagnosed with terminal lung cancer in November of 2012 and given approximately a year left to live. The news inspired Jankic to reach out to her after 10 years by writing the heartfelt letter.

"Until now I didn’t understand that our hearts are the same and that words can stab like knives,"Jankic wrote. "I am very sorry that I hurt you a thousand times and that I left you alone when it was the most difficult for you, but that’s life. We always learn at the end."

Mila died in 2014. Jankic never built up the strength to give his mother the letter. While writing it, however, Jankic realized his story -- and the simultaneous feelings of pain and shame that accompanied it -- wasn't an anomaly, but a statistic. According to a recent report by the Substance Abuse and Mental Health Services Administration, 90.6 percent of the 17.3 million Americans with alcohol dependence or abuse do not receive treatment, or even perceive a need for it. Over 10 percent of children in this country live with a parent with an alcohol problem.

Jankic was inspired to aid families like his own, torn apart over addiction and pride, hoping to help them replace bitterness with forgiveness, anger with understanding. Jankic traveled throughout America documenting stories like his own, of mothers and families strained and fragmented by addiction, whether alcohol or heroin.

In August 2013, Jankic set off with producer Goran Macura on an 11-day road trip, documenting 40 mothers from six states. For each subject he took two photographs: one of the mother alone, and one of her with her children. He then invited the mothers to write a letter to their kids, telling their stories without concealment or humiliation. If old enough, the children could write letters back. The images and texts come together in Letter to my Mother, a photography book exploring the power of motherhood in the face of life's greatest challenges.

Jankic's subjects vary in age, ethnicity and socio-economic status, speaking to the vast assortment of individuals affected by addiction. A written letter accompanies each of Jankic's portraits; some are from mother to child, others from child to mother, illuminating the hard realities and emotional subtleties that often go unsaid. Many, through honesty that unites the personal and the universal, dismantle fixed perceptions, stereotypes and taboos associated with alcoholism.

Jankic's photographs, captured in stark black and white, show that addiction doesn't affect any single single type of person, or look any one kind of way. Sometimes it manifests in tired lines written across a face or a certain sad glimmer in the eyes. And, sometimes, it isn't visible at all.

"My mother, all of these women, all of their children -- they are beautiful," Jankic said in a statement accompanying the exhibit. "There is not one face of addiction. The women I chose are not defined by their disease, but by their motherhood. It can affect anyone, addiction doesn’t discriminate. It was important for me to make that point -- to show these women’s faces with the ultimate goal to make the conversation around addiction an open one. It doesn’t need to be and shouldn’t be hidden by shame."

Published by Silvana Editorale, Letter to My Mother is available at Rizzoli Bookstore in New York. All images courtesy of the artist and Bethanie Brady Artist Management. 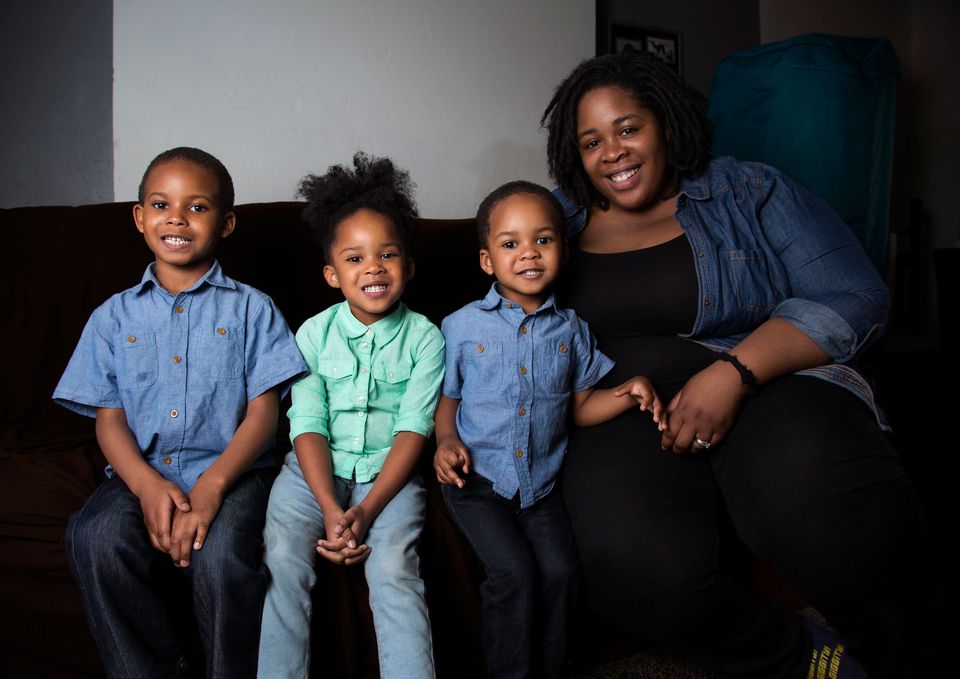 1 / 18
Angella
"We made our decision that whatever challenges come, we have to take [them] head on. I don&rsquo;t think you can ever be prepared to have children, I think it&rsquo;s just kind of like a day-to-day thing, you take the challenges as they come, you overcome, and you look back and say 'Man, that was hard, but we done it.'"
<a href="http://www.jendella.co.uk/">Jendella Benson </a>