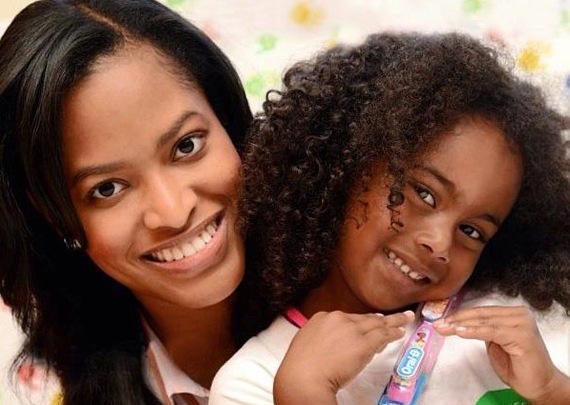 The recent killing of Michael Brown by a Ferguson, Missouri police officer shocked majority American culture. But speak to black Americans and they reveal that as sad and angering as this latest episode is, it is anything but surprising. And every time an episode like this occurs, the dominant culture in America tries to sweep it under the rug -- blame the reporting, or blame the victim.

For every Travon Martin and Michael Brown, there are countless other stories of blatant discrimination and harassment. Some claim that these tend to be more cases of class and economic status than race. And it is true, the issues are intersectional. We have all witnessed wealthy, professional people of color being treated more respectfully than their poor counterparts. But it also true that professional people of color experience the same harassment.

Consider the Hollywood producer that was arrested while running to put coins in his parking meter in Beverly Hills during the 2014 Emmy's.

Or consider the case of Dr. Misee Harris, a pediatric dentist from Columbia, Tennessee, and the Black Bachelorette hopeful, who recently resigned her position as a partner in her dental practice, Childrens Dental Associates, after two years of steady racial harassment. On September 4, 2014, Dr. Harris was called into an unannounced meeting at the dental practice and told that her comments on social media regarding race were incompatible with her place in the dental practice. She was the only African-American dentist in an otherwise all white practice where she worked tirelessly with under-served young patients on Medicaid.

It turns out that even though Dr. Harris' Facebook account was not visible to work colleagues, another friend was spying on her on behalf of one of the other partners. What horrible things was she posting on Facebook that warranted this threat? She had shared her thoughts on race in America in the wake of Michael Brown's death in Ferguson, Missouri. The partners were specifically concerned about a cartoon she posted around that time (below) depicting the concerns black people have every time they go out in public. 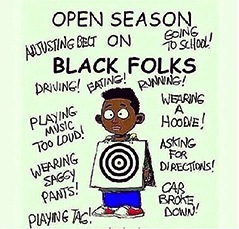 "Do you think we are all like this?" her white colleagues asked her. She composed herself and asked the partner if she had any idea what was going on in black America, specifically regarding the killing of Michael Brown. She did not know the name Michael Brown, says Harris, nor did she seem to understand Harris' outrage at being attacked for her personal views.*

At the end of the meeting Harris was told that she would have to chose between her "style of social media communication" and her job as a pediatric dentist in their practice. Unwilling to accept those terms she quit the dental practice on the spot. The decision reportedly shocked her colleagues who assumed she would simply stop commenting on race on her social media accounts.

This is the price of being a black woman in America. Even though the quality of Dr. Harris' work was never called into question and she was beloved by the community, she was forced out of her job because she is a black woman with opinions she doesn't mind expressing about the state of race relations in America.

The shocking thing is that this is not the first time Dr. Harris has endured racial discrimination at the hands of her colleagues. As the ink was still drying on her contract with the very same dental practice, she was warned not to attend a dinner with President Barack Obama and First Lady Michelle Obama. Harris recalls, "I was strongly advised not to go. 'We're all Republicans here,' they told me. He also said President Obama was the one responsible for the financial ruin of his practice. He said that people who wanted to work for him should not be siding with Obama."

The situation degraded further when Dr. Harris became well known in the media for her campaign to be the first black Bachelorette. The reality television program had seen eight bachelorettes at that point -- all of them white women. After being chosen as a contestant on The Bachelor, she turned down the offer and decided instead to pursue being the first black Bachelorette as an advocate for black female empowerment. It was at this point that her colleagues began monitoring her social media accounts. "They repeatedly brought up things they disliked about my public statements," she says, "but I made it very clear that what I did in my private life was none of their business." Still, to keep the peace -- and her job -- she backed off and kept her views quiet for a period of time.

The situation reached the boiling point a week ago when she resigned. The tragedy is that Dr. Harris was the one dentist in her practice to bring back Medicaid patients and support the underserved families in her community. Her determination was to never turn down a child who needed dental care. Now, hundreds of families with no dental insurance have nowhere to turn for their children's dental care.

Misee Harris sees this as just another opportunity to speak out for the empowerment of women and people of color, this time in the work place. "Of course I want justice for myself," she said, "but more importantly, I want all types of discrimination in the workplace to end. Many people who experience this kind of discrimination do not have the financial freedom to leave their job with dignity the way I did. I long for a day when this is all behind us."
----------------
*All quotes from Dr. Misee Harris and reporting of the details of this case came from my interview with Dr. Harris.