Many studies have focused on young African-American boys and their experience in school. From gender biases in teacher grading that start as early as elementary school to blaring disparities in disciplinary practices, black male youth seem to be at a perpetual disadvantage in academic environments.

However, two studies that examined programs aiming to increase diversity by bussing minority students to primarily white schools revealed an area where black boys reportedly engaged with relative ease. According to an article published last year by Megan H. Holland, a professor at the University of Buffalo, minority boys reportedly have an easier time fitting in with their white peers at suburban schools because of stereotypes about their athleticism or "coolness" that give them greater access to activities that increase positive interactions with white students, like sports and social clubs.

On the contrary, another study conducted by Simone Ispa-Landa at Northwestern University found that black girls were comparatively seen as "ghetto" or "loud" when they exhibited behavior that was usually socially rewarding for their black male counterparts.

Ispa-Landa's study showed that “as a group, the boys were welcomed in suburban social cliques, even as they were constrained to enacting race and gender in narrow ways.” However, these urban signifiers resulted in the opposite result for black girls, who were seen as "aggressive" and undesirable, with neither the white nor the black boys showing any interest in dating minority girls. In short, playing out racial stereotypes worked in black boys' favor, while doing the same was detrimental for black females.

This experience was specifically tethered to the context of suburban, primarily white learning environments. An experience Aboubacar Ndiaye recalls in his reflection on the studies in The Atlantic.

Black boys in Ispa-Landa's study found themselves simultaneously feeding into stereotypes that made them seem "street smart" or "tough" and code-switching their speech and mannerisms to make their white counterparts comfortable. Many reported feeling safer in their suburban schools, as they would not be considered tough in their urban environments. However, while black boys could use these stereotypes to their advantage, black girls in Ispa-Landa's study reported feeling penalized for doing the same and felt they "failed to embody characteristics of femininity" that would garner them popularity in school.

The findings unfortunately aren't terribly surprising, as a recent study performed by Essence magazine found that many black women felt the images of black females in media were "overwhelmingly negative." Stereotypical black masculinity, however, has been popularized in culture through hip-hop and film, although it doesn't always work in black males' favor in both academic environments and general society. 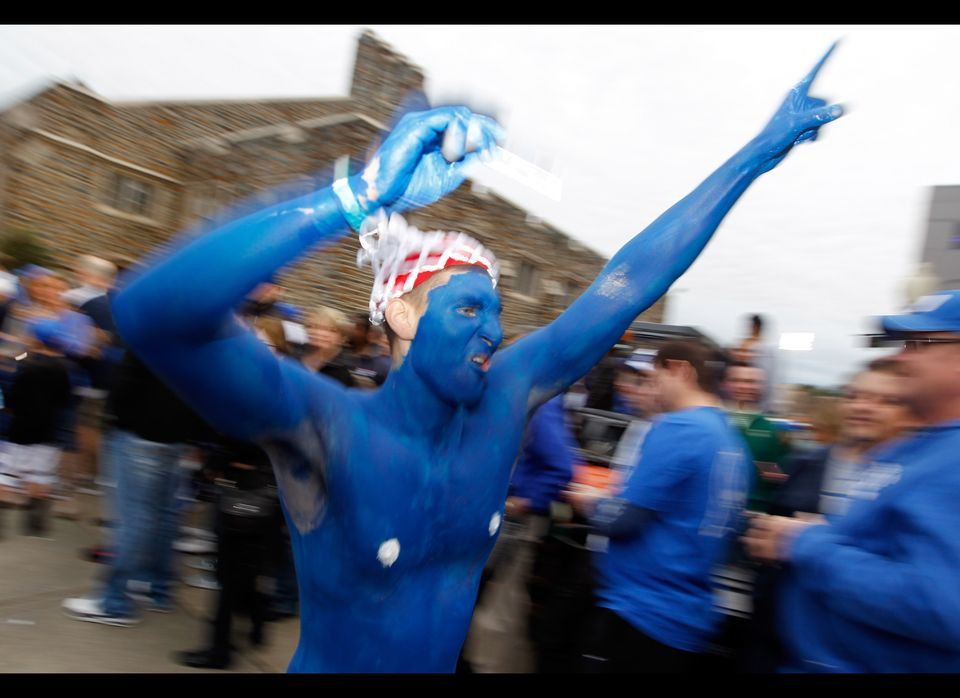 1 / 23
Duke University
DURHAM, NC - MARCH 03: A fan of the Duke Blue Devils waits in line to get into Cameron Indoor Stadium for their game against the North Carolina Tar Heels on March 3, 2012 in Durham, North Carolina. (Photo by Streeter Lecka/Getty Images)
Getty