In a moving letter to the family of Michael Brown, Trayvon Martin's mother, Sybrina Fulton, mourned the American epidemic of gun violence against children:

I will support you and your efforts to seek justice for your Michael and the countless other Michaels & Trayvons of our country. The 20 Sandy Hook children. Jordan Davis. Oscar Grant. Kendrick Johnson. Sean Bell. Hadya Pendleton. The Aurora shooting victims. The list is too numerous to adequately mention them all. According to The Children’s Defense Fund, gun violence is the second leading cause of death for children ages 1-19. That is a horrible fact.

Brown, who was shot and killed by a police officer in Ferguson, Missouri, earlier this month, and Martin, who was slain in Florida by a former neighborhood watch captain in 2012, were both unarmed black teenagers who lost their lives to gun violence. 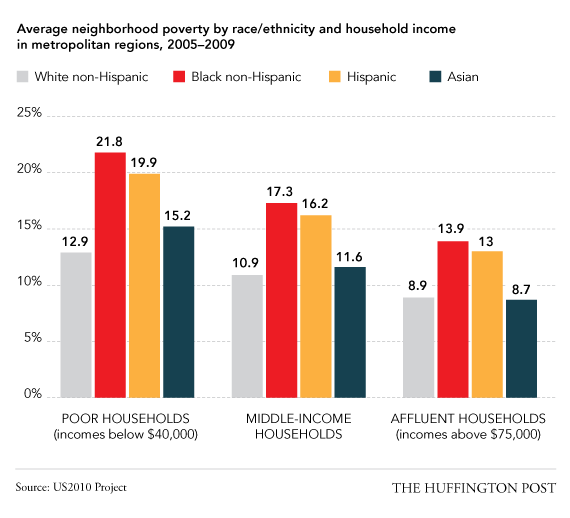 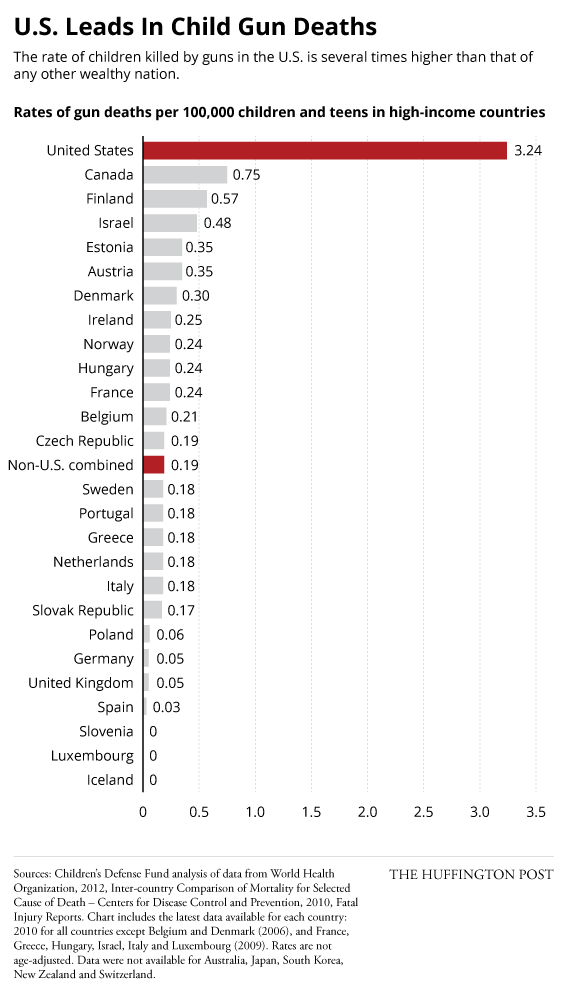 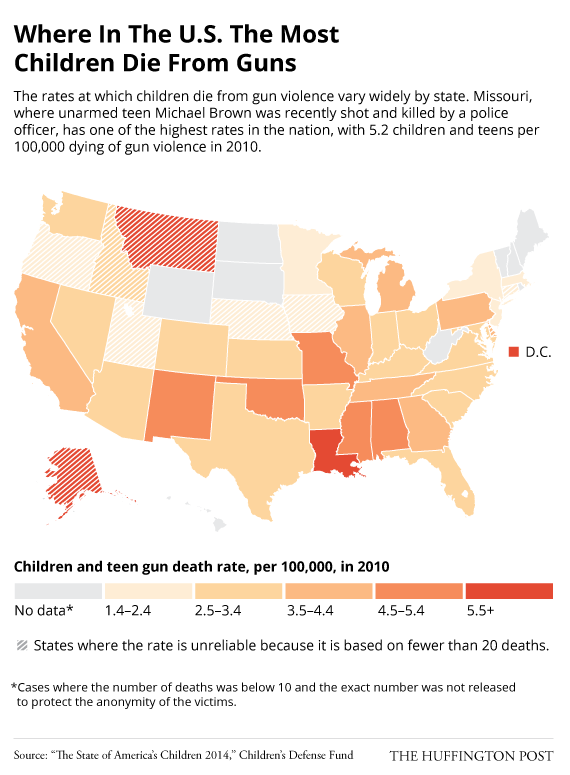 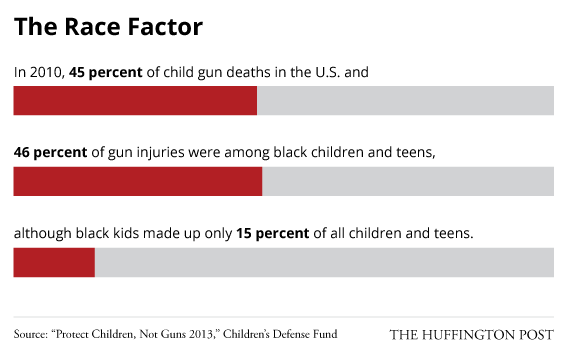 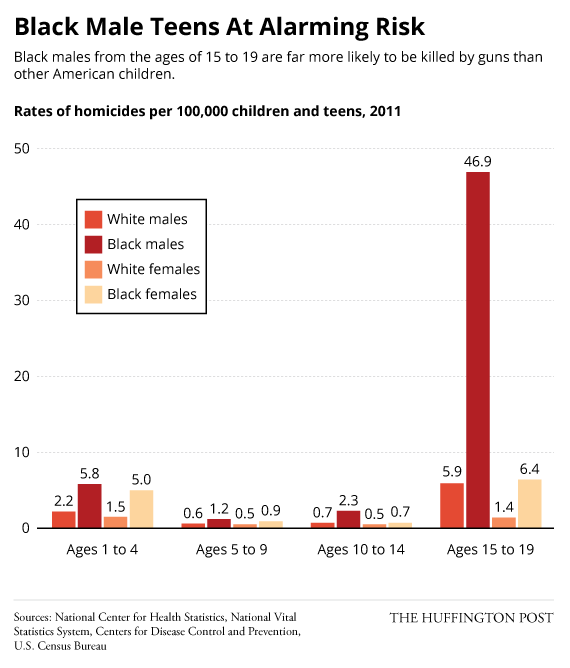