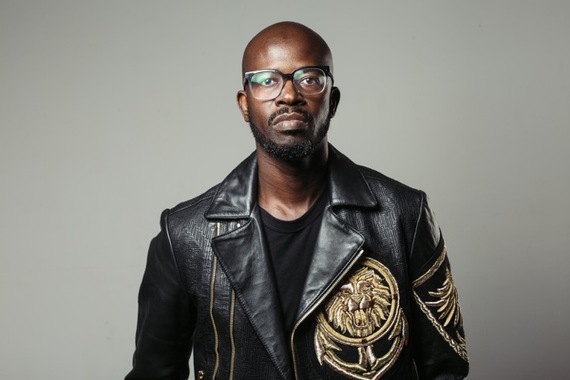 Known for being one of the most influential musicians in Africa, Black Coffee continues to take his craft to elevated heights. Being born in Umlazi, Durban South Africa his career has become a global achievement. Leading us to Coachella, where I caught up with Black Coffee in his trailer post show. The conversation was as rich as his musical talents in which we discuss his new single, an upcoming album and how you truly find your path.

M: I have been following you since college, your vibe your music. I've watched you grow. How have you managed to keep elevating yourself to the next level, seeing that you have been in the game for 10 years and counting?

BC: It's two things, I think one its the passion. I really love what I do. I see it as a blessing to be able to make a living from doing what I love. My job is my hobby not a lot of people can say that about their jobs--you know. Certainly it's the vision you know from the beginning I've always been setting goals. This is where I want this to go now. Then 5 years later this is where I want us to go. It's always like that. We are never comfortable. We always want to be better, we always want to grow more, we always want to reach more grounds reach the high level. Whether musically or with shows or with our own shows and tours.

M: I have to ask you since I understand your background being born in Southern Africa (Zimbabwe) myself and coming from an environment where working for your passion is not looked upon as--"thats what you do". You don't go for your passion and get paid for your hobby. Who instilled that in you and how where you able to catapult that into a monetary way of living?

BC: I think, I am a bit of a rebel person you know because in my family there has never been anyone who has done that you know. It just never made sense from the beginning to be able to say this is what I want to do. Really music, what if it doesn't work out what are you going to do. Are you going to go to school to be something else?

M: Those are the questions that were being proposed to you?

BC: Yes, exactly. But even at school I was like I would rather study music. You know then they would say, you started music school are you going to be teaching-- and I'm like I don't know. I didn't know whether--I wanted to teach music. I didn't know when I was done if--I was going to be like on radio or be a music producer only.

M: When did you know?

BC: I guess I never waited for that moment to know, while I was finding myself in music. I started DJ'ing before varsity days I was a DJ already. So when I was studying, I was DJ'Ing as well.

M: And, you were chosen as one of the two South African participants in 2003 for Red Bull Music Academy?

M: Is that what kept you going, even when it didn't make sense?

M: What do you think it is about people who have that I will still keep going within whatever passion verses people who don't? That's a very rare trait--in my opinion.

BC: It is but its also just so complex and people like that are very different. In most cases than one, they're lonely people, they're troubled people--I find.

M: The people who pursue the passion?

BC: Yeah, they're not very comfortable. When you are comfortable you don't care whatever goes. So, it comes from a very deep place. It comes from a place where you are able to actually sit down and look at your life and say what am I going to do as opposed to lets just go with the flow. Thats's my opinion, it just comes from such a place. It's not a common thing, not everyone is doing what they love everyone else is told what to do and you think, Oh let me try this.

M: Being someone who has been in this industry and has done what they want to do accumulating accolades, what advice would you give to young people who are like "Oh no what do I do with my life how do I do this dream"?

BC: I get that a lot, and unfortunately not everyone can reach great heights cause music is so multidimensional. In music you may think, I want to sing but maybe you are not a singer. Maybe you're a (music) engineer who has such an amazing ear to master songs. So how then are going to know, I must quite trying to be Pharrell, its not my thing. It's more of listening or rather finding more about yourself. Is this something-- I wake up thinking breathing and if it is how much do I know. If I want to be scoring music for movies, who do I look up to. Who is the best in the industry? Who are the top five people that are amazing and why are they amazing. If I want to be in that space, what am I bringing that's different. You cant just say, this is what I want to do but then you're not researching you're not finding out more information about what you want to do. You don't even know where you want to be. I think God comes in when you know. When you know thats my space, God take me there.

BC: That's when he comes in, but if you just say " I just want to go with the flow" its not going to happen. He will allow you to go with the flow but you will not be special you will be amongst everyone else. But the minute you know when you say out of all the festivals God can please play at Coachella, he will take you there.

M: That was basically my experience, it was literally a thought in the beginning of this year to be at Coachella.

BC: Oh fo'real, yes you must name it. This is what I want to do.

M: How did you creatively prepare for such an event like Coachella?

BC: I thought I would, you know like--have time and like literally create a Coachella folder. But, I created a spring folder and its all been on like this kind of moment.I don't want to specifically--come in and do what I don't know. You know and just walk in and say this is my Coachella folder these are all the new songs. I don't really know them, but I think they're going to work. That's not me, so I have this folder with like this new and old songs I know. I know all the dynamics of the song. I am able to play them a lot more play-for-play and hope the build up will be amazing.

M: How did your show go in your opinion?

BC: I just finished shooting a music video for the new single called "Come With Me" https://www.youtube.com/watch?v=05SVPerkSJswe will be releasing that in the next week. The single and the video. But, I am working on an album. I plan to release three singles before the album comes out. So, I'm doing a lot of studio work. My laptop is always on!

M: Who inspires you not just musically but where do you pull from for inspiration... for yourself?

BC: Everything really! You know, sometimes its me watching a DJ play and I hear certain things within that song that hits people a certain way and I'll say, I want to do a song like that. So it's a substance I cant really explain.

BC: Yeah! At times its just seeing people especially where I'm from how much they don't have hope. Sometimes, I feel they lack faith we have such a turbulent past as a country. The older generation, people that experienced the darkness of our country are not so motivational naturally. They're not so driven and that whole wave comes down to the kids and those kids are our mother and fathers now. And, when you tell your mother or your father--one day I want to be traveling the world. They are like "are you serious" no one has ever done that in our family-- its not going to happen. Go back to your books, find a job at a petrol station because that's what they know. That's where they are comfortable. So, sometimes I look at such situations and think it would be nice to create a song about hope and faith in a way that is not in your face--In a way that is enjoyable. It's always different things at different times.

M: That's beautiful and see, I love it because --I connect to that. I hear that in my own family so I appreciate that.

BC: Oh, yea Africa has a long way to go.

M: It's up to the young people to do it.

BC: But, they need to know they can you know. They need to be motivated.

M: I said, this when I did an interview end of last year with the African Kings of Comedy. https://youtu.be/4DcpTxM8QLo It's like these young African guys who use their faith and comedy to build a positive platform. I said to them, wow! This is what we need, this what we need to be doing. I love covering things like that as well. It generates the domino effect for what can be possible. So conversations like this with you Black Coffee add to the change we can create. So thank you so much.

BC: Thank you very much. 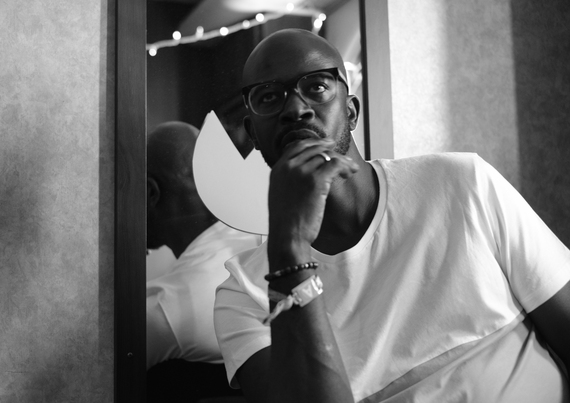