I've had the privilege of working alongside a prodigious group of Black Christian leaders throughout my career as a social justice activist. Their lives and ministries have shaped me deeply and continue to do so as I grow in my own ministry of racial reconciliation and justice. In recognition of Black History Month, I would like to introduce you to a few of the heroes I've had the privilege of learning from throughout my career. I hope they will inspire you to start your own journey of learning, growth, and passion for justice, as they each have for me. This is part one of a three-part series, so please continue to check back! 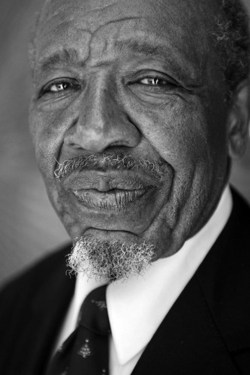 I met Reverend Doctor John M. Perkins when he served as a spiritual leader of the Justice Journeys led by Willow Creek Community Church (see my recent Reflections on Selma). I remember many profound conversations driving late at night from Selma to Montgomery and other southern cities as Dr. Perkins sipped on Diet Coke in the front seat. Dr. Perkins is a minister, author, and civil rights activist from New Hebron, Mississippi. His autobiography Let Justice Roll Down was recently made into a documentary. Dr. Perkins founded the Christian Community Development Association and the John & Vera Mae Perkins Foundation, the latter of which grew so large that it gave birth to a spinoff, the Spencer Perkins Center. In 2004, Seattle Pacific University opened the John Perkins Center for Recognition, Leadership Training, and Community Development in honor of Dr. Perkins, and in 2013, the University of Mississippi released a collections of essays about Dr. Perkins, titled Mobilizing for the Common Good: The Lived Theology of John M. Perkins. (I was honored to contribute an essay.) Dr. Perkins has had many opportunities to meet with past U.S. presidents. On one such occasion, he instead decided to join us on Willow Creek's Justice Journey -- a real testament of his dedication to racial reconciliation at all cost. 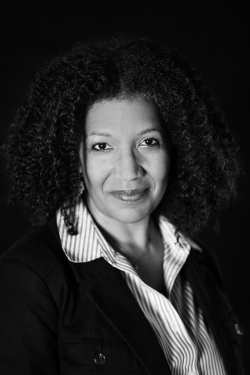 Lisa Sharon Harper is a leading Black evangelical voice on issues of race and justice. I had the pleasure of working with Lisa recently when we, along with Troy Jackson and Soong-Chan Rah, co-authored Forgive Us: Confessions of a Compromised Faith (2014). Lisa is an established author, and has written and contributed to several other books about Christianity and justice (she also contributed a chapter to Mobilizing for the Common Good). She founded the nonprofit New York Faith & Justice, an organization that works towards the elimination of poverty, and is now the Senior Director of Mobilizing and a regular columnist at Sojourners. Lisa proclaims a strong and prophetic message of Biblical shalom as she calls the church to be reconciled to both creation and the Creator. 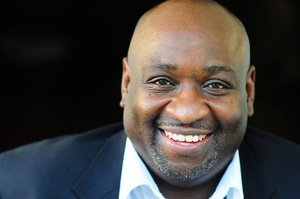 Reverend Leroy Barber is the Global Executive Director of World Made Flesh. His third book, Red, Brown, Yellow, Black, White -- Who's More Precious In God's Sight?: A call for diversity in Christian missions and ministry was published in September. Reverend Barber has worked tirelessly in urban communities since 1989, when he and his wife founded Restoration Ministries in Philadelphia to serve the city's homeless population. Since then, he has helped to found several organizations, including DOOR Atlanta, Community Life Church, South Atlanta Marketplace, Green My Hood, and The Emerging Voices Project. He is also on the board of Mission Year and the Christian Community Development Association. Somehow, despite his many projects, Reverend Barber still finds the time to contribute regularly to Sojourners. And all the while, Leroy's demeanor is one of joy, hope, and energy as he carries out the ministry of the Gospel on behalf of the poor. 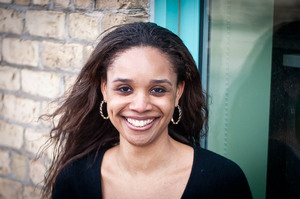 Dr. Christena Cleveland is a professor of social psychology at Bethel University in Minnesota, where her work centers on racial reconciliation. I was introduced to her work when she was featured in the 2014 Christianity Today cover story 33 Under 33: Meet the Christian leaders shaping the next generation of our faith. She was also called one of "5 online shepherds to follow" by JET Magazine. Dr. Cleveland's first book, Disunity in Christ: Undercovering the Hidden Forces that Keep Us Apart won a Leadership Journal Book Award in 2013. Her next book promises to be just as powerful: The Priesthood of the Privileged, to be released by InterVarsity Press, is about power and inequality in the Church. Dr. Cleveland blogs regularly on her website. Her piercing commentary on the events in Ferguson has been especially affecting. 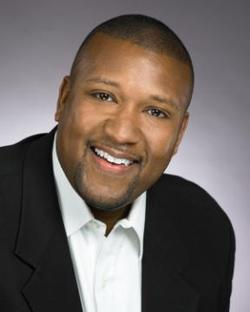 Finally, I would like to introduce you to a dear friend, Doctor David Anderson. Dr. Anderson is the founder and senior pastor of Bridgeway Community Church in Columbia, Maryland (where I recently spoke about Forgive Us on February 8). He has written several books, including I Forgrace You: Doing Good to Those Who Have Hurt You, released by InterVarsity Press in 2011. Dr. Anderson's congregation includes nearly 3,000 weekly attendees from 47 countries, and he uses this platform to discuss and try to bridge the divides caused by race and wealth in society. As an international leader with global influence, he is regularly interviewed on major television networks and radio shows, including the daily talk radio show Afternoons with Dr. David Anderson on Washington D.C.'s WAVA 105.1 FM. Learn more about his public appearances on his website, AndersonSpeaks.com.

It has been an honor to learn from each of these staunch advocates for justice, and I hope they will inspire you as they have me. Come back next week to learn about the work of five more Black evangelical leaders who are changing the world!

You can also learn more by logging onto twitter on Wednesday, February 18th at 9 pm and following #ForgiveUsBook (@ForgiveUsBook) for a teach-in on the sins of the Church against African Americans.