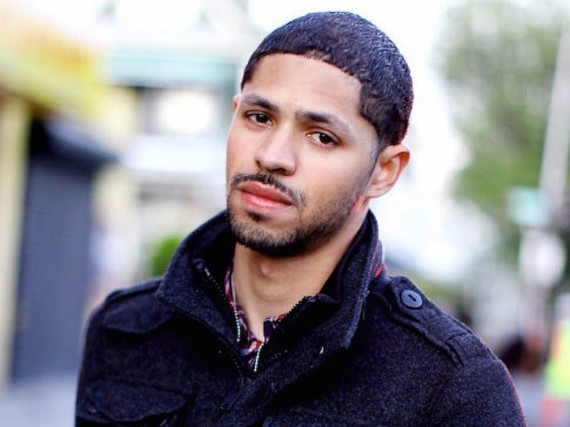 I contemplated on writing this as I didn't want to seem disingenuous as I've seen many journalists write articles honoring the life of journalist Michael J. Feeney and rightfully so. I didn't want to appear as if my public dedication to him was more about me than him because unlike most people who have written about him, we didn't have a long history with each other. When I logged into Facebook on Sunday, I was (and still am) shocked at the death of Michael J. Feeney. Initially, for the first few hours, it didn't quite register in my brain that someone I considered a reliable colleague and close confidant was no longer with us. I'm hesitant to use the word friend because I feel like using that word isn't quite genuine. However that's how he treated me - he never regarded me as someone to just network with, he was genuinely kind and nice to me.

In 2012, before Hurricane Sandy, I was a journalism student at Long Island University and I was working at Staginto Media in New Jersey. My former professor, Curtis Stephen was very adamant about me becoming more involved in the New York Association of Black Journalists (NYABJ). At the time, I was working two jobs and enrolled full-time while living in the Rockaways and working in New Jersey. My plate was full but my professor kept me in the loop with local events I could attend. During the summer, I took my professor's advice and registered to attend an NYABJ event downtown Brooklyn near my campus.

Naturally, I was a bit intimidated to go to the NYABJ event. I felt at the time that I was only an intern and to be in an environment with established, working Black journalists in every aspect of New York media was a lot to grasp at once. That fear also riled up my curiosity and sparked new admirations; I wanted to be them, I wanted to ask them lots of questions to understand how to be a successful media Black professional. So I convinced a few of my fellow journalists pals who were also students to come with - besides, it was walking distance from the campus so I had no reason not to go.

It was a rooftop hotel party and of course I went straight to the bar - how else would I get the courage to talk to Black media greatness? So my friends who are more extroverted than I, found people they were interested in speaking and networking with and left me at the bar. Yes, I was still at the bar, ear hustling on conversations on my future mentors. I recall hearing major print, TV and radio networks being mentioned adjacent to titles such as producer, editor, anchor etc. Yes, I needed another drink because first impressions are indeed lasting. As I stumbled mentally on who I would approach first I turned to my right and noticed a shift in volume amongst this black media elite crowd. All I could recall was hearing people being seemingly more frantic, I wondered to myself, "Is this turn up time?".

Still using the bar as a crutch and trying to pry myself to join the crowd, I see a tall man walk through the crowd and people were stopping him. They were hugging him, giving him back pats, women giving him kisses and I kept hearing the name Michael Feeney. I had an 'ahh' moment. I remembered when I registered for the event that his name was on the Eventbrite email. At the time, he was the president of the NYABJ chapter.

I finally finish my drink and felt courageous enough to mingle. Even my friends were enjoying themselves I wandered around looking for a corner to occupy so I can get another drink. As I'm on the terrace, Michael was in the doorway being attentive and sociable. I thought to myself that he seems nice and I wanted to thank him for the invite personally. So I slowly walked closer to him while trying to put words together in my head on how to quickly thank him for being a nice host. Before I had a chance to open my mouth he was bombarded by more people trying to get his attention. I just continued to walk past and onto the terrace by myself. I really wanted to thank him because I didn't want to be rude.

The sun was going down, people were more relaxed and I'm still being reclusive at this event where I need to be talking to people. Part of me was ashamed but at that time, being around that many professionals really stifled me. I needed to make my way to the restroom and I did. In the restroom and outside of it, I was able to chat with a few people and they were nice. They all gave me their business cards and social media handles and I was feeling ecstatic; small steps Erika, small steps. Back outside I go now and there's Feeney, he was located between the terrace and the bar - a perfect spot because everyone can see him and he can see everyone. I thought to myself, well that's pretty clever to position yourself like that. As I'm making my way to the terrace again, I see Michael isn't as occupied with people so I figured I need to take this chance and be swift! I walked up to him and extended my hand to offer a handshake and introduce myself. He looked at me with the most perplexed look and extended his long arms to reach out to hug me. I can't speak for everyone, but when someone hugs you that's a sign of comfort and trust and that's exactly how I felt.

As he was hugging me, I was able to thank him for being a good host and for the invite. He started talking to me not in a, 'what do you do in media' typical conversation by people who attend these type of events, but in a manner where he genuinely wanted to get to know me as a person. People were walking up to him and engaging him while he was talking to me and he would cut their conversations short because he was committed to talking to me without interruption for a few minutes. Again, this was something I never really expected from him. For a few minutes, me telling him about my studies, accomplishments thus far and future was all that mattered. It was that moment I knew Michael and I would be cool. He introduced me to a couple people and told me he had to talk to a few more people and gave me his card. I looked his card and saw he was a reporter for the New York Daily News - my reaction was holy shit! He told me to contact him and he'll keep me in the loop with stuff I would be interested in.

That's what I liked about Michael the most - his ability to be professional and genuine. He didn't sacrifice his integrity for his profession. He's the perfect model on how to expand your network and make it work for you while having fun at the same time. That summer, he invited me to another NYABJ event and I took with great honor that he would personally reach out to me and ask me to come. Even though I never officially registered to become an active member of NYABJ, I did attempt to start a chapter on my campus. He extended his resources to me and even though I wasn't able to start a chapter on my campus, we remained in contact.

So that was the context of our relationship. As I progressed academically and professionally, we would discuss topics and I would send him stuff I thought he could use for possible stories (but let's face the facts, Feeney didn't need any of my resources or tips, because he was just that good, but I still extended where I could). His Facebook page was so funny, they were often random, dressed in a little bit of snark with a lot of wit. I remembered when he filled everyone in about those cheap flights to Abu Dhabi and about half of New York bought flights.

Michael and I were supposed to meet up at "The Wiz: Live" at the NBC exclusive watch party but he was ill. The last time I saw him was at the NYABJ event at Associated Press office. If Michael invited me somewhere, I went. The level of respect and admiration I have for him is indeed real and genuine. I was checking up on him but he never disclosed to me how sick he was. Before Christmas, I asked him how he was and he told me he still wasn't feeling well. I expressed my concerned and he just told me he'd be fine.

Because he has touched so many people, there will be two going away services.

The information below was taken from his Facebook page posted by a family member:

To accomadate the outpouring of love and support for Michael, we will host funeral services in Harlem, NY and Englewood, Nj.