Black films, actors and directors headed to the 37th annual Toronto International Film Festival this September and made their mark. They brought glimpses of black life, strong performances and a full array of fiction and non-fiction films to TIFF, which is under the guidance of Artistic Director Cameron Bailey, a Barbadian/Canadian.

Disconnect (**1/2) There's no debate in this thought-provoking somewhat provocative film that the Internet, Facebook and Twitter dehumanize and desensitize us and the repercussions can be devastating. Paula Patton (Mission: Impossible - Ghost Protocol), Jason Bateman, and Alexander Skarsgård (True Blood) along with director Henry Alex Rubin (Murderball) explore lives that are affected by this modern estrangement in semi-engaging vignettes that are sometimes prophetic.

The Paperboy (*1/2) Lee Daniels' (Precious...) direction takes an awkward John Waters-type (Hairspray) turn in this embarrassing noir-ish, comedy/drama/erotic/thriller. A Miami Times reporter (Matthew McConaughey) returns to his swamp-laden hometown to investigate a death-row inmate (John Cusack) convicted for the murder of a racist sheriff. Nice set-up, an awful execution stymied by unsettling tonal shifts, ultra violence and degradation. David Oyelowo as a fellow reporter, Zac Efron as a younger brother and Nicole Kidman as a nymphomaniac turn in convincing performances. Macy Gray is badly miscast as the maid, the pivotal narrator. Ugh!

The Place Beyond the Pines (**) Style over substance. Violence over reason. A motorcycle stunt rider (Ryan Gosling) robs banks to provide for his estranged girlfriend (Eva Mendes) and child. His disdain for his baby momma's new lover (Mahershala Ali, HBO's Treme) and a fated confrontation with an ambitious cop (Bradley Cooper) change everyone's lives. Director/co-writer Derek Cianfrance, though a gifted visual artist, may be a one-trick director. This movie has the same brooding and heavy-handed, brutal feel as his Blue Valentine, but with more preposterous moments.

The Sapphires (**) Four teenage Australian Aboriginal girls, led by their eldest sister (Deborah Mailman) perform as a singing group for US troops in Vietnam, 1968. Based on a true story, and written by the son (Keith Thompson) of one of the young ladies. Poignant story, very superficial delivery. Chris O'Dowd (Bridesmaids) plays the white, Berry Gordyish road manager. The views of racism seem way too trite for a real life story where race and prejudice were probably serious as a heart attack. Director Wayne Blair has a TV sitcom background, and unfortunately it shows.

Silver Linings Playbook (***/12) He's barely left a forced stay in mental institution, and a former teacher (Bradley Cooper) is back to stalking his ex-wife. Damn the restraining order! The hardheaded son refuses to take suggestions from Mom (Jacki Weaver) or dad (Robert DeNiro) but accepts some coaching from a buddy (Chris Tucker). Can a quirky, flirtatious woman (Jennifer Lawrence) save the day? Writer/director David O. Russell (The Boxer) turns a ho-hum premise into a compelling, heartwarming, laugh-out-loud comedy. Near perfect ensemble acting.

Smashed (**1/2) They're married to each other ... and alcohol. She (Mary Elizabeth Winstead) hits rock bottom and seeks sobriety. He (Aaron Paul, TV's Breaking Bad) is jealous, but won't go along for the ride. Her AA buddy (Octavia Spence, The Help) plants seeds of encouragement. A very sobering look at alcoholism that will make you drop your martini. James Ponsoldt directs and co-writes (with Susan Burke) a cautionary tale for this generation.

The Central Park Five (****) Veteran documentarians Ken Burns, Sarah Burns and David McMahon investigate the rush-to-judgment "Central Park Jogger" rape case that led to the wrongful conviction of five black and Latino teenagers in the volatile 1980s. The kids, 14 to 16 years old, took the stand, but the irresponsible media, police, New York politicians (Mayor Ed Koch) and celebrities (Donald Trump) are on trial in this explosive doc. Compelling interviews with the accused teens, now freed adults, make this one of this decade's best documentaries.

Free Angela & All Political Prisoners (*** 1/2) The life and times of noted intellectual, academic and civil rights crusader Angela Davis is thoroughly investigated in this comprehensive documentary. Her trail for murder and weapons possession gets the most play. In the end her struggle for black power becomes a struggle for all political prisoners. Archival footage, photos, newspaper headlines and dialogues with Davis herself depict a personal drama of historic proportions.

Reincarnated (**) Snoop Dogg heads to Jamaica, immerses himself in Rastafarian culture and emerges with a more positive self-image and a new persona, "Snoop Lion." This revealing doc chronicles Snoop's chameleon career as he shifts record labels, dodges assassinations and raises a family. Is this for real? Or is this a phase? (He once flirted with being a Black Muslim). Don't dwell on the obvious. Enjoy the rap/reggae metamorphosis that sends Mr. Lion in a new direction. Cheesy, cheap-looking cinematography, but a refreshing film.

Venus and Serena (***) They have transformed the world of tennis and women's sports into a marketing juggernaut. Now we get the back story and personal lives of Venus and Serena Williams in a very intimate documentary. Near-death experiences, murder, debilitating disease, triumphs and letdowns. It's all on view thanks to the prying lens of documentary filmmakers and journalists Maiken Baird and Michelle Major. The best scene is a clip in which their father, Richard, angrily confronts a TV commentator who questions a pre-teen Venus' confidence. He's Papa Bear, hear him roar! Enligtening and inspiring.

This year, the winner of the 2012 TIFF Blackberry People's Choice Award, the festival's highest honor, which is determined by festivalgoers, was Silver Lining Playbook. The award is often a harbinger for Oscar success so stayed tuned, as the Oscar race gets under way.

For more information about the 2012 Toronto International Film Festival go to: www.tiff.net/thefestival 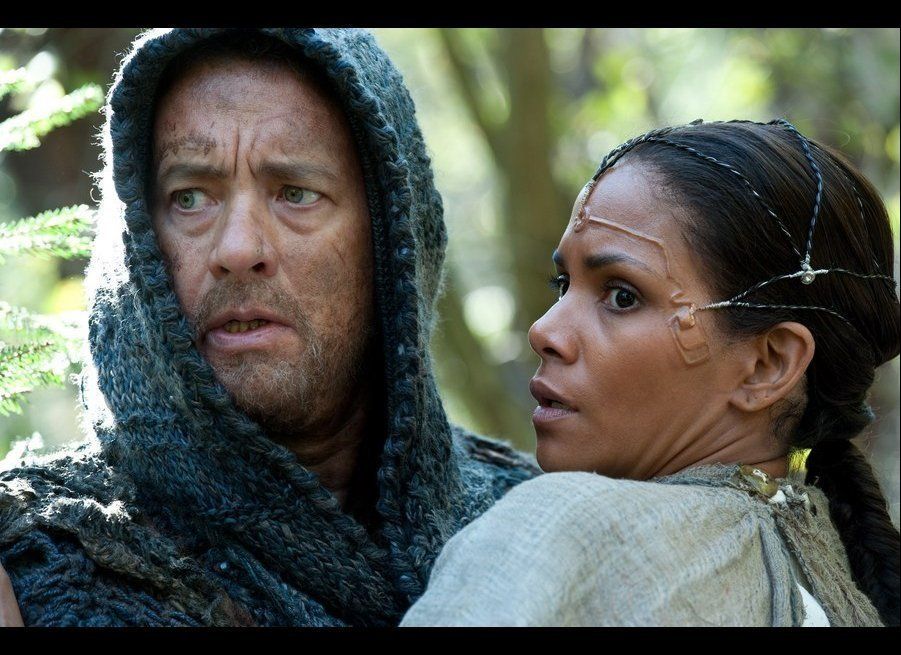