For 11 years, Beverly Bond has been giving black women a space to tell their stories, celebrate their worth and combat the negative stereotypes placed upon them.

The celebrity DJ and former model launched Black Girls Rock! in 2006 to serve as a  platform for black women to recognize just how special they are in a world that tells them otherwise. Today, in a time when white supremacists feel emboldened and black girls aren’t able just be children, Black Girls Rock! is especially relevant.

“Black women have stood up against so much,” the New York City-born founder told HuffPost. “I think that we have had to survive, we’ve had to push through, we’ve had to lead, we’ve had to tap into this spiritual energy that we are really tuned into like no other.”

One of her organization’s biggest events is its annual award show to honor black women in activism, entertainment, business, education and other fields who are making a big impact.

This year’s event ― taped on August 5 and airing on BET Tuesday night ― was hosted by Taraji P. Henson and held in the auditorium of the New Jersey Performing Arts Center. Fans cheered as Issa Rae, Yara Shahidi and Congresswoman Maxine Waters entered the room. And then a peak black girl magic moment happened when Waters (who was already seated) spotted Dionne Warwick.

Warwick embraced Waters with a warmth that could be felt throughout the room. This auntie moment symbolized what this award show was created for in 2006: to celebrate the power and beauty of black sisterhood.

″This message of sisterhood has always been a core, a pillar of what Black Girls Rock! stands for,” Bond told HuffPost in an interview after the show.

“I love people discovering women like Suzzane Shank or discovering the work [from] women like... Natalie Wilson and Derricka Wilson from Black and Missing,” Bond said of this year’s Shot Caller Award and Community Change Agent Award recipients. “I just love when people find out about the great hidden figures we have in plain sight.”

In addition to the support black women have from their communities, Bond said it felt especially important to give black love a platform this year. With the exception of the M.A.D. Girls award recipients (Ibtihaj Muhamad, Haben Girma and Augusta Uwamanzu-Nna) and Solange (presented by Bond), black men presented awards to the honorees ― a first for their televised show, Bond said.

″‘Black love is revolutionary’ is the theme for this year and I chose it specifically because of all the things that are going on in the world that are forces than are pushing against us, pushing against people of color,” she said. “I thought it was very important for us this year to come together as a community and to have support of all of those in our community.”

Black women have stood up against so much, I think that we have had to survive, we’ve had to push through, we’ve had to lead, we’ve had to tap into this spiritual energy that we are really tuned into like no other. Beverly Bond

The empowering work of Black Girls Rock! doesn’t stop at this annual award show either. Just a week prior to the show, dozens of young black girls from across the world gathered in New York City for Black Girls Lead!, the group’s four-day leadership conference for teens. Through programs like this, Girls Rock Tech! and other mentoring opportunities, Bond is working to make an impact on the next generation of leaders.

“I’ve noticed with these girls coming together from all over the world. They stay together and there are gonna be some fierce girls coming out of these programs and I’ve already seen it. I’ve already seen, you know, in their work or their activism or in their creativity,” Bond said, emphasizing the importance of mentorship among black people. “I think that as a community, especially when we see the kinds of forces we’re up against, like broken education systems and not having all of the tools and resources we need for our kids, we gotta jump in and do that work ourselves, you know.”

Bond will release Black Girls Rock! Owning Our Magic. Rocking Our Truth in March. The book, which includes black women and girls sharing their stories with Bond, is meant to serve as a physical extension of the empowering lessons the organization teaches.

“I’m gonna continue to grow the movement,” she said. “You turn on the news you see we absolutely must continue to stand up for ourselves, to make our voices, our presence known to keep our families safe, to keep people safe and to spread out love. I think that that’s most important so I’m gonna keep rocking... and just continue for Black Girls Rock! to be a hub for black women, a space for black women to know that we matter, to know that our voices matter, that we rock, and that our contributions are appreciated and acknowledged.” 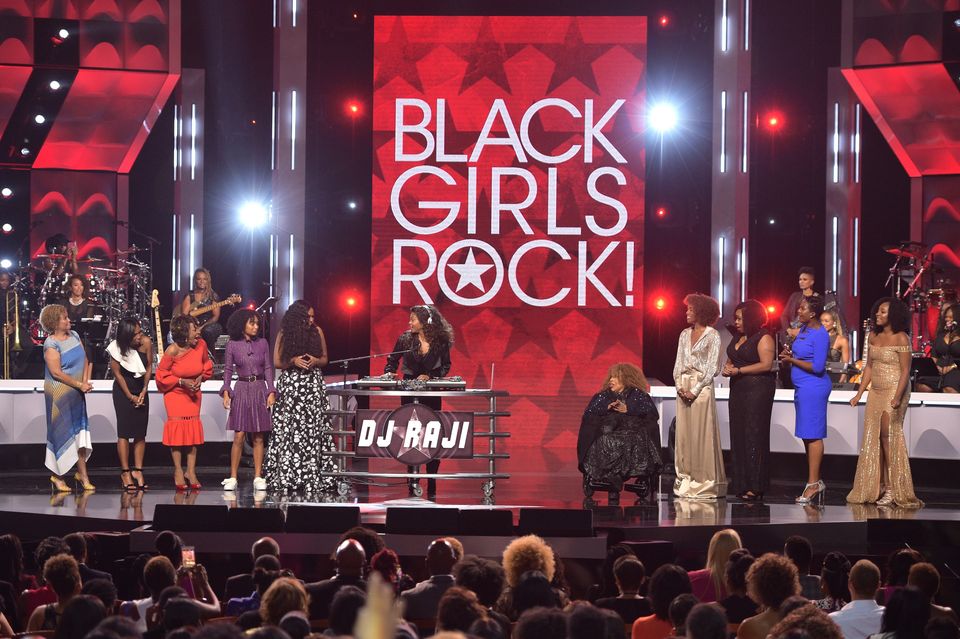