Of all the groups affected by the unemployment crisis, perhaps the hardest hit have been those black citizens born outside the United States.

Among U.S.-born citizens, blacks have also been among the hardest hit by the jobs crisis, their current unemployment rate now as high as 16.2 percent in June, compared to 9.2 percent nationally. That both foreign-born and U.S.-born blacks have such high unemployment rates is particularly worrisome, the EPI writes, because it "points to a problem that stems from race and not cultural background." In some states, black unemployment is devastatingly high. In Wisconsin, for example, 34 percent of blacks are out of work.

Here is a graph from the Economic Policy Institute showing unemployment rates among foreign-born Americans by race between 2007 and 2010. 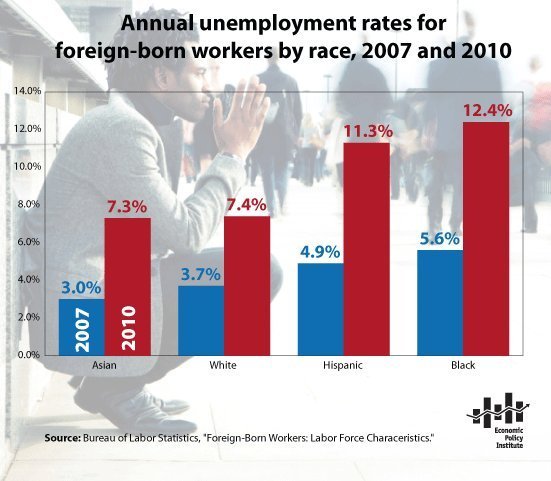