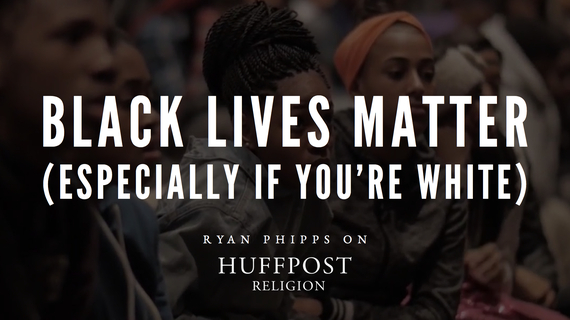 WHEN WILL WE LEARN?

In response to the tragic happenings in Minneapolis and Baton Rouge I tweeted this earlier today.

Just moments after I hit "post," I found myself deluged in an ocean of emails and messages asking me why I was placing an emphasis on "Black Lives" mattering, as opposed to "White Lives" or "All Lives" not equally mattering.

It reminded me of some correspondence I had back in 2014 after the shooting of Tamir Rice where I got a lot of the same pushback from more than a few white colleagues of mine for tweeting something similar.

It read: "I find it hard to believe that a 12 year old boy is threatening enough to be shot and killed. #Rice #Cleveland #WhatIsWrongWithUs?"

Strangely enough, here we are 19 months later still saying all the same things about the same rampant epidemic of gun violence in our country.

In that regard, the correspondence below remains relevant in light of even more recent, unspeakable tragedies.

Out of respect for the person who messaged me, I have removed any language from the correspondence that would hint at his location, place of work, or anything else in his life, while at the same time maintaining the full integrity of his premise.

Been thinking about your Twitter post and why it has stuck in my head since I saw it. - "I find it hard to believe that a 12 year old boy is threatening enough to be shot and killed. #Rice #Cleveland #WhatIsWrongWithUs?"

After thinking about it I came to the conclusion that I probably have a lot to learn and the only way to learn is to listen. So, here goes nothing. I guess my question is "What should the officers have done??"

The story I read said that the officers approached the scene under the assumption that this was a man with a gun. An active shooter situation. From what the story said they were not told that it could be a kid. The story also said that the kid was a larger than average 12 year old and that he reached into his waistband and pulled out the toy gun. Probably just to give it to the officers because he was scared.

Given the circumstances, what else should they have done? I guess as hard as it is to believe that a 12 year old could be threatening enough to shoot I also find it hard to believe that those officers went on shift that day with the intentions of shooting a child.

Those cops that pulled up on the scene probably have families at home. When they pull up and someone (even a kid) pulls a gun out instead of doing what they are told they don't have the luxury of assessing whether of not that gun is real. Not if they want to go home to their kids that night. Have you seen an Airsoft Gun?? They are virtually identical to a real gun. This is absolutely tragic but I don't think it was a couple of rogue cops out to shoot a kid. And where in the world were the parents or other adults? I would never let my kids walk around with a toy gun that looks like a real gun and I live in a low crime area. I don't know what the neighborhood was like where this occurred but if it is a high crime area then all the more reason not to allow this. Anyway, thanks for listening to my questions and thoughts. If you have time to help me understand what I am missing here I would sincerely appreciate your thoughts.

And here was my response.

Thanks for your message and for your thoughts. I love discussing things that matter, and this certainly matters.

I stand by what I said. "I do find it hard to believe..." but I don't mean that as glib, linear statement. It is multi-faceted.

You mentioned many of those facets.

The gun that looked real.

I think there are a few more facets that puzzle me.

A boy being shot in an open-carry state.

The heightened sense of fear amongst the black community with all the deaths that have occurred this year.

Until I was eleven, my Father pastored in an all black neighborhood in Flint Michigan. It was the "olden days" where we had church Sunday morning, Sunday night, and Wednesday night. So, needless to say, I was at the church during the "off" hours a lot, especially during the summer when school was out, since I had two working parents.

Our first Sunday at the church, I asked the church organist, a dear black man named Elsworth Jackson why the tops of his hands were brown and his palms were pink. He picked me up, put me on his lap, gave me a big hug and explained it to me. Then he gave me five dollars (which was a lot for a kid my age in the 1980's). That has always had a huge impact on me.

Anyway, the neighborhood was full of crime and drugs, and I spent lots of time at the park on Sunday afternoons with kids playing basketball, riding the swings, etc.

Then my family would drive back outside the city to the suburbs where all the white people lived.

I played with toy guns in the yard and out in the street all the time with all my white neighbor friends. We were never stopped, questioned, or even paid attention to. They were just toy guns (this also being before toy manufacturers had to start "marking" toy guns so they could tell the difference).

I just have a lot of doubts how many white children in Cleveland playing with guns in wealthier suburban neighborhoods were stopped the same day for the same thing when this tragedy occurred.

So what does that mean, then? Am I saying cops are racist? No.

What I am saying is that there is a distinction here that just never seems to match up no matter how it gets "logged" statistically.

I don't know where you stand on gun rights, but I don't stand in support of the public being allowed to carry firearms. OF COURSE, people should be free to hunt, fish, etc. I believe in the rights of hunter's and sportsmen, but I don't see why anyone needs to own a handgun or an assault rifle to hunt deer, rabbits, pheasant, etc.

To take it even a little further, I live in Midtown Manhattan. If I want to see animals, I have to go to the zoo. What business then, is there in me owning a firearm of any kind?

None. And I feel completely safe. I trust that the city government and the police force are doing all that they can to protect me.

So, if I am to really zone in on what I believe our differences to be here, I'd say we differ on gun rights.

We have kids playing video games with simulated violence and killing. My kids will not. We have toy guns flooding the market. I'm not buying any for my kids. I'm not going to raise my children to think of guns as a "playthings."

We have real guns for sale in a matter of minutes to adults. If my son grows up and wants to go outside the city to hunt, that is fine, and healthy, and good, but if he wants to own an AK-47 fully automatic assault rifle, he and I will have to have a serious discussion.

When we "trivialize" guns as a society, this tragedy in Cleveland is exactly the kind of thing that happens. It's also why the U.S. nears the top of the list in gun deaths every year.

So I guess I would just ask you to ponder a few questions.

1) Had the kid been playing with a toy gun in an upper income, predominantly white suburb, would this tragedy have happened?

If you say "yes," I respect your right to think as you like, but we just agree to disagree.

If your answer is "no," then you concede that someone was treated differently because of their skin color, dwelling place, and economic status.

2) Did we not live in a society where best selling video games and movies and toys that train children to believe that killing is "a game," would this tragedy have happened?

Do these toys and games reinforce the ideal that life is precious and sacred? No. But I think that is a long road that has to be walked. We didn't get where we are as a society overnight, and we won't get somewhere else that way either. Not until we change the way we educate our children about the preciousness and gift of life and when we speak out when we see things gone horribly wrong.

The solution is to alter what we teach our children, and teaching them is not just what they hear in the home. In fact, that is just a small slice of our lives we have to teach them. Where they learn most of what they learn is in all those countless hours where they are not in our presence and are taught by their surroundings and by the media.

A twelve year old is playing with a toy gun in framework that says, "Life is cheap. Killing is a game. Guns are trivial." Who taught him that?

So yes, "I find it hard to believe..." The world doesn't need to be like this. God didn't make it this way. We did. I don't think that God enjoys seeing kids playing games with simulated violence, and running around with toy guns. (I don't think he likes it when adults do either).

Those are my opinions not my exegesis (or who knows, maybe it is my exegesis). Anyway if we change the way we educate people, tragedies like this can be lessened. All the best.

My prayers today are with all of those we know of (and those that we don't) who have had their lives irreparably altered by gun violence.

My prayers are with our president, our congress, and all those who serve in law enforcement.

I pray that we wouldn't just skim another headline and feel a few moments of sympathy.

I pray that our sympathy would evolve into something higher: empathy-to feel the pain of another so deeply that it moves one to action.

P.S. - If you live in the New York area, join Forefront and our friends at Riverside for an event that will call us to action concerning this epidemic that is continuing to sweep our country.

You can get info about the event at: godandguns2016.com 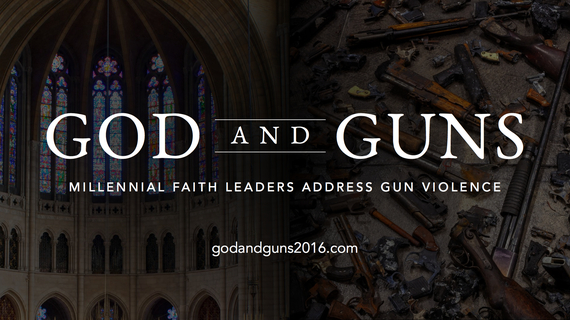