Following the immense outcry after Freddie Gray's death, the phrase #blackspring has spread across Twitter, representing the latest incarnation of the #blacklivesmatter movement. Patrisse Cullors, co-founder of #blacklivesmatter, joined "The HuffPost Show" on Friday and explained how #blackspring is being used to describe the longterm struggle for racial equality in the wake of the violence in Ferguson, New York City and, most recently, Baltimore. She said:

Black Spring is about really looking at this moment, as not these isolated incidences. … Black people are not a monolithic group, but what we are facing is something that's extreme -- and that's poverty, that's homelessness, that's higher rates of joblessness, that's law enforcement invading our communities day in and day out -- and we are uprising. And so this Black Spring is about really talking about a national uprising. We should be honored to talk about this moment.

Watch Cullors defend the term against critics in the video above, and see more from "The HuffPost Show" here. 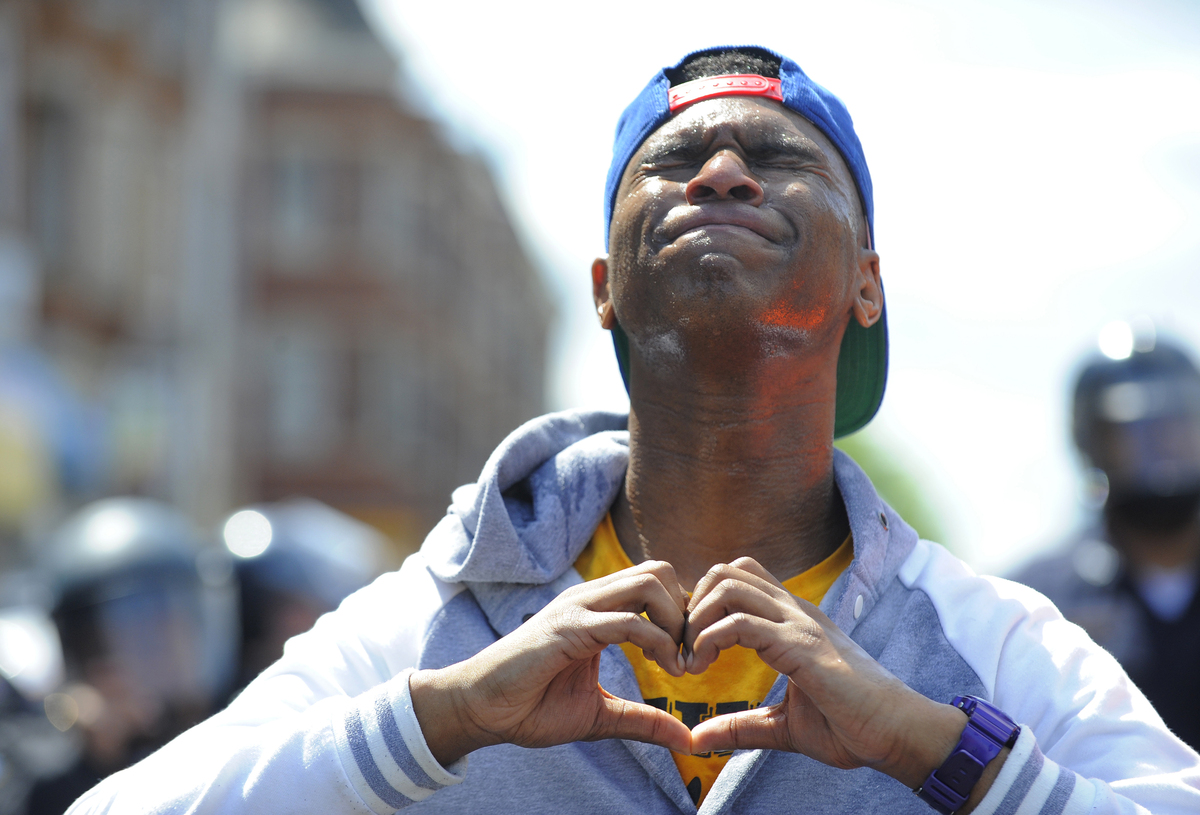 1 / 32
Devante Hill makes a heart with his hands after he was hit with pepper spray after someone threw a bottle at police on Tuesday, April 28, 2015, in Baltimore, MD, USA. Photo by Lloyd Fox/Baltimore Sun/TNS/ABACAPRESS.COM
Baltimore Sun/ABACA