There is a side to our most recent social crisis that seems to have escaped much attention from the press or those shouting "Black Lives Matter!" That aspect is a rather nerdy but fundamental matter of technology and the role that it plays in justice. We are all used to Hollywood's hand-wringing assumption that tech only serves the powerful. But recent history suggests exactly the opposite.

Let's start with the crisis: nearly weekly tales about tragic victims of racism like Eric Garner and Walter Scott (shot in the back), Samuel DuBose (shot in the head) and Sandra Bland have rocked America, revealing what black activists have been telling us for years about the daily danger they face from that percentage (even if it is small) of police officers who are thugs in uniform. It has to be frustrating for activists.

"Oh, now you're finally starting to believe us? Now that cameras are catching the bastards in the act?"

Well ... um ... yes? Many of us believed you before the current wave of video revelation began with Rodney King. But, of course, the balance of credibility shifted dramatically when cameras spread even wider. And yes, visual proof is sure gonna help. Which raises a central question here:

Why aren't you making the cameras themselves more of an issue in all this? 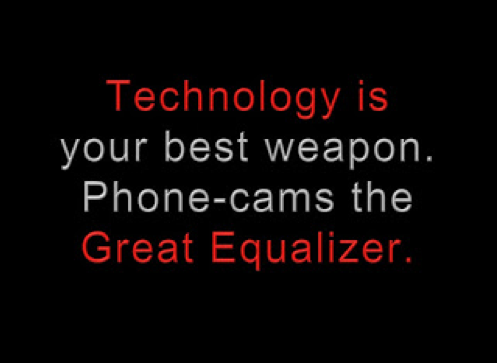 The phone-cam is turning into a Great Equalizer, even more than a Colt 45 was in the Old West. Every year, cameras get faster, cheaper, better, more numerous and more mobile, at a rate faster than Moore's Law. And so far, the chief result has not been Big Brother! It has been empowerment of average citizens. Cameras -- and other tech -- are helping people hold elites accountable.

Did I say no one's noticed? Of course that is an exaggeration. The ACLU has issued an app that allows folks with smartphones to one-touch start the video function, sending footage directly to safe quarters on the cloud. Moreover, some victims can also see the obvious. "She (Samuel Dubose's mother) and other family members said that if it were not for the body camera worn by Officer Tensing, his story would have been accepted, and he would have gone unpunished," reported the New York Times. "Choking back tears, Terina Allen, a sister of Mr. Dubose, said, 'Every day now, I'm going to be marching for video cams.'" The ultimate question is one of pragmatism. What immediate steps can we take to help solve the problem? Blatantly, a big part of the solution must be technological.

All right, I'm going to seem a bit self-serving here, but the lesson has to do with looking ahead and preparing for the future. And when it comes to this cop cam imbroglio, much of it was forecast almost two decades ago in my nonfiction book The Transparent Society: Will Technology Make Us Choose Between Privacy and Freedom?.

But now picture the scene a few years in the future, say at 2 a.m. on Saturday night, as a patrolling officer pulls over some young man for a traffic violation in one of our tension-filled neighborhoods. The cop worries about a potentially violent encounter with the burly teen. The youth has just been at a party, listening to friends gripe about how many of their peers were rousted by the heat. It is a tense situation, ripe for another urban tragedy.

Picture the patrolman approaching the vehicle. A lens on his shoulder swivels, panning left and right. A little red light shows that images are going straight to precinct HQ.

"Would you please get out of the car, sir?" he asks.

The youth complies. Standing, he reveals a similar device on his shoulder, winking away as the true-vu unit transmits this encounter for storage in his inexpensive home computer-VCR. Peering at the constable's badge, the young man says -- "Well, hello officer... What seems to be the problem?"

That passage -- along with a similar one in my 1990 novel Earth -- was dismissed as "science fiction" at the time. Yet, can you doubt that the full scenario will be complete by 2017? Let's finish the extract:

Will the result of such camera standoffs be increased conviction rates? A decline in false arrests? A sudden upswell in exaggerated (if sarcastic) courtesy on our city streets? Or, perhaps all of the above?

I can hardly begin to guess all the consequences, which will surely surprise even far-seeing pundits. Nevertheless, the cameras are coming. Urban face-offs between implacably wary lenses will become the rule, especially wherever there is tension over rights, or laws, or even touchy dignity. Real criminals will have more to worry about. The innocent will have less to fear. And our agents of authority will share the glare of accountability. A glare that makes the job better for any cop who acts like a skilled professional, but will prove hellish for thugs in uniform. 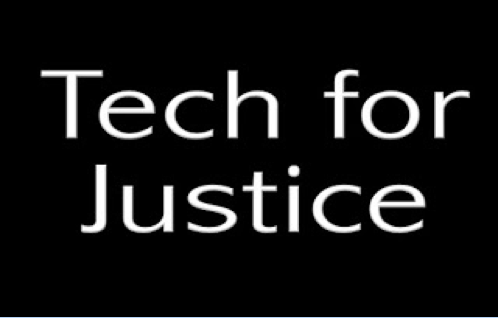 Can you honestly doubt that day is far away, any longer? Which brings up again that core question. In addition to "Hands up, don't shoot!" and "Black lives matter!," why aren't you also shouting "We want more tech!"

How about we focus on what's made the biggest difference so far -- getting more cameras out there, into the hands (better yet, onto the lapels or shoulders) of youths and others who are in danger? Perhaps demanding pertinent tech classes in minority area high schools? Or asking our nerdier kids to help equip the others with tools they need to save their lives?

A couple of millionaires could give every youth in East St. Louis -- or some other test area -- a GoPro camera with cloud-uplink and training to step out of the car with hands up while that camera flashes away. Within a single month, all would change in that town -- and word would spread like wildfire. Within a year of that success, we might see distribution of hands-free (that's important!) shoulder-cams in more vexed towns; then watch how quickly the balance starts to change.

This does not have to wait.

Moreover, it also will alter the crucial balance between bad cops and the more numerous good ones, who now will feel empowered -- and highly motivated, with active citizen help -- to rid their ranks of bullies and thugs.

Yes, "Black lives matter!" But if you really want to leverage and accelerate the one trend that is changing everything before our eyes, you will add another cry:

"Give us more tech!"

Scientist, author of “The Transparent Society”