Roughly 40 people attended a highly-debated 'black mass' in Oklahoma City Sunday night -- with hundreds gathered outside to protest the event.

"This is not a game," Daniels told Tulsa World before the event. "It’s very serious to us."

Here is a peek at what the service looked like:

Two hours later, the #BlackMass is about to conclude. Filled with music, rituals and a sermon. Story on @NEWS9 10pm pic.twitter.com/gtDVMm8o78

The event did not go ahead unchallenged, however. Hundreds of people from around Oklahoma and out of state traveled to Civic Center where the black mass took place to protest what they saw as a "complete and open attack on God."

John Ritchie, of the The American Society for the Defense of Tradition, Family and Property, created a petition that garnered more than 100,000 signatures, Oklahoma's News9 reported.

In addition to the hundreds of protesters outside the event, many also took to Twitter to express their concern, anger, fear and even humorous takes on the black mass:

I have nothing but pity for those involved in the #blackmass in OK #Catholic #reparation Asking God to bless them with a new heart.

Many protesters brought their Bibles, signs and rosaries. This man brought something bigger. #blackmass @NewsOK pic.twitter.com/4qB8XKU1U7

From bagpipes to horns, protesters are really turning up against #BlackMass taking place soon @OKCcivicCenter@NEWS9 pic.twitter.com/onylqgx9H2

pray for those who went to the #blackmass since they are now risking demonic influences. You should NEVER cast the #HolySpirit out of some1

Many will spend this time in prayer, I prefer public #reparation for a public display of blasphemy #Catholic #blackmass

Satan is not allowed into Black Mass without a ticket. #blackmass #irony http://t.co/LdeC6fIE1r

Wish I had planned on going to OKC for some culture-jamming. My sign would read something like #SatanBegoneAndTakeFrackingWithYou #blackmass

Catholics Gather To Protest 'Black Mass' Event In Oklahoma City
Most And Least Catholic States In The U.S. 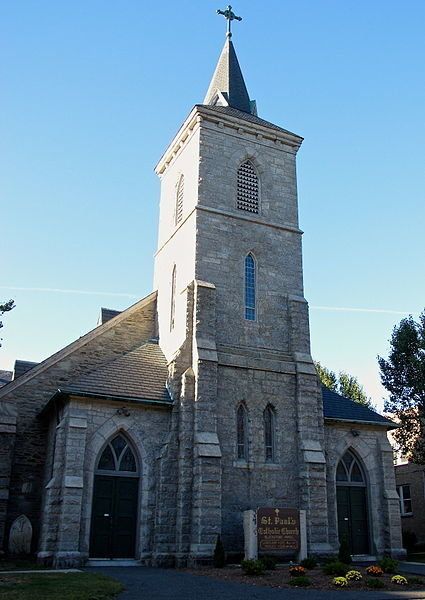