This is not a piece about how foreign women will be docile and treat you like a king, sorry bro. This is about preservation of self. This is about saving your sanity. This is about living. You need to leave the United States for a couple of days (or weeks, or years), and you need to do it alone.

Let’s be honest, there are often times where you feel like a foreigner in your own home. No matter how accomplished you’ve become, your own country still looks at you like an anomaly, a glitch, an insult to the system designed to defeat me and you, your momma and your cousin too. As black men, we are constantly subjected to the idea of who we are, instead of our truths.

As lucky as I’ve been to travel the world pretty frequently, many would be surprised to learn my first international solo trip was this year. I’ve flown solo to destinations and met up with friends in different cities, but a trip where I was my only ally in another country hadn’t happened just yet. Now that I’ve done it, I’m pissed I didn’t take a solo journey earlier. I didn’t know how badly I needed to be away. I didn’t know how much I would gain from going alone. I didn’t know until I came back. I needed a break from America.

The last few years have been a unique kind of purgatory for me as a black man, and I’m sure this is the truth for countless other black and brown men existing in America. Daily we are force fed examples of ourselves being taunted, harassed, and murdered, to the point where we too, experience a death of sorts. You slowly spiral downward, finding yourself in this twisted waiting room, counting the days until you become the hashtag. Every week you learn of a new way to die (playing your music loud, doing your job, asking for help when your car has stalled on the road, or reading a book in your car) with no new details on how to live. This dark space we're in right now, isn’t living. This isn’t supposed to be your black existence.

By this point, they’ve won. They've made you believe that this black hole of despair belongs to you. You've got to save yourself. It is because of this, that your next (or even your first) trip out of the country needs to be a solo trip. You, my friend, need a break. You need a moment away to recharge, reflect, and realign. You need to call out sick from America.

“And they say by 21 I was supposed to die, so I’m out here celebrating my post-demise.” — Jay Z

Power. @philwaukee is #blackandabroad at the Blue Lagoon in Grindavík, Iceland. Tag a friend you'd like to take along 👇🏾

Here’s some reasons why you’re in need of a solo trip abroad.

1. Because it will build your confidence.

Few things test your confidence like being in a place where you barely speak the language, have limited access to the internet, and no one to rely upon but yourself. Traveling alone forces you to tap into these abilities and actually use skills you rarely get to flex when at home, such as being a social being and talking to strangers, accepting the challenge of critical thinking and problem solving to get where you want to go.

More importantly, it gives you the chance to be a carefree black man. Do things you wouldn’t think of doing with your crew around because your boys might look at you funny. The only person you have to worry about making a fool of yourself in front of, is people you’re likely to never see again, and if you do, they’ll know you as that ridiculously confident guy who didn’t care about what others thought. These are the kind of moments you need to realize that being you is the most lit thing you can do, a direct hit to the notion that being you is reason enough for death.

There’s also the opportunities for these freeing moments of clarity that you just can’t get while being surrounded by your normal atmosphere. Some of my best moments of reflection and healing (because yes, we as black men need space to heal from the litany of attacks upon our being) came from being away from all of the static of my day-to-day. You’d be surprised by how clear the mind becomes when it’s away from home.

“When I discover who I am, I’ll be free.” — Ralph Ellison

Life is short, make every moment count! #blackandabroad in St. Maarten, taking in the beauty of Maho Beach. #ExploreEmbraceEmpower

2. Because you need to stop waiting on someone to validate your decision to travel somewhere.

Bruh, just go. Stop waiting on your frat brothers to find the time off, stop waiting on someone to say your dream trip to Antartica is a dope idea, stop waiting for others to validate your decision to go somewhere. Just go. I’ve missed out on really great trips waiting for others to come to their senses. I decided that “they,” whoever “they” may be, won’t prevent me from seeing the world. If I want to see the pyramids, I’m going, with or without you. Be your own man and see the world.

Break barriers for others by going it alone. Someone’s solo trip is waiting on yours to inspire them. So do it.

The other great part to a solo trip is creating a part of your life that is closed off to your friends, family, and colleagues. We as black men often keep the things to ourselves that we need to share most; our pain, our cries for help. Very rarely do we get to make and maintain positive moments that are ours, and ours only. That’s exactly what these kinds of trips are for.

3. Because frankly, you deserve it.

Your current space in the world can kill you, in more ways than one. The 24 hour news cycle constantly plastering images of men who look like you being killed simply. for. being. The reminders that no matter how successful you are, a substantial portion of the “fellow” countrymen still look at you as less than. The space in your brain occupied by constant rage, fear, confusion, and racial fatigue, it’s all slowly stealing your life. Brother, you need a moment away. This is not to say that everywhere outside of the United States is a black man’s paradise, that’s far from the truth, but there is an opportunity to turn the volume down on the negativity, if only for a few days.

“You have the right to every end of your exploration and no motherf*cker anywhere can tell you otherwise . . .” — Ta-Nehisi Coates

4. Because you need to realize that some of your “Western” sensibilities, make no sense at all.

America often becomes the default answer for “all things great,” but you, as a black man, are one of the first to know it’s not always true. Yet somehow, we still cling onto these westernized ideas as gospel. Remember, these same “western” ideals are often used as confirmation to view and treat you in a certain way. Taking a chance to see how other cultures view the world, experience life, and view manhood is key to understanding that most of what you thought you knew, was BS. Especially when it comes to how we as Americans view the safety of the rest of the world. I’ve had friends and family tell me, “I want to travel, but the lack of safety in some of these countries concerns me…” I can’t subscribe to that way of thinking, especially when my safety in my own country is questionable at best. I challenge those concerned about their safety to really compare your fears of making it home without a police encounter to the “safety” concerns you have about visiting other countries. And honestly, most of the people telling you a place isn’t safe, haven't been anywhere near the place in question. Ask somebody how safe they think Cuba is, and it’s likely they won’t tell you it's labeled one of the safest countries in Latin America, let alone the world. What they will tell you is “Be safe,” implying some notion that your life is more at risk there than where you currently are. You also can’t rely upon online reviews from others to gauge how safe YOU will feel in another country. Because of our daily interactions as black men, our thresholds of fear, for better or worse, usually rest higher on the scale than others, since we live with a daily cloud of threat over our heads on our home turf.

5. Because it may be your last time to do it.

Before you get married, before the kids, before you take that new job, before the ills of old age or those student loan payments kick in, and before you can make excuses for yourself, go. Life comes at you fast, and you don’t want to be in a position where you long for moments you missed out on. And because it’s just you, it doesn’t have to be this grand, luxurious getaway (unless that’s your thing, then by all means…). The beauty of traveling alone, is that the only person you’re accountable for, is you. If you’re a morning person, you’re not waiting for the rest of your crew to get up to enjoy a day in a new place. If you want to come back to the hotel in the middle of the day to catch a nap, do it. If you want to go to that spot in the seedy part of Shanghai, do it….just don’t get arrested.

Stop waiting for #yourname to happen.

Get out of here and live for the brothers and sisters who didn’t get a chance to. I know what you’re thinking, and no, this isn’t selfish. You are not abandoning your community by taking time for you to rebuild. The salve of self-care is more important than ever, and getting away, alone, gives you the opportunity to just be, an identity we tend to lose. Your greatest asset in this fight to stay alive is your black joy.

This article was originally written for Black & Abroad, a cultural collective dedicated to highlighting and celebrating the stories of black travelers and expats. You can find out more about the #blackandabroad movement here!

Black Men, We Need To Leave America
13 Award-Winning Photos That Will Inspire You To Travel The World 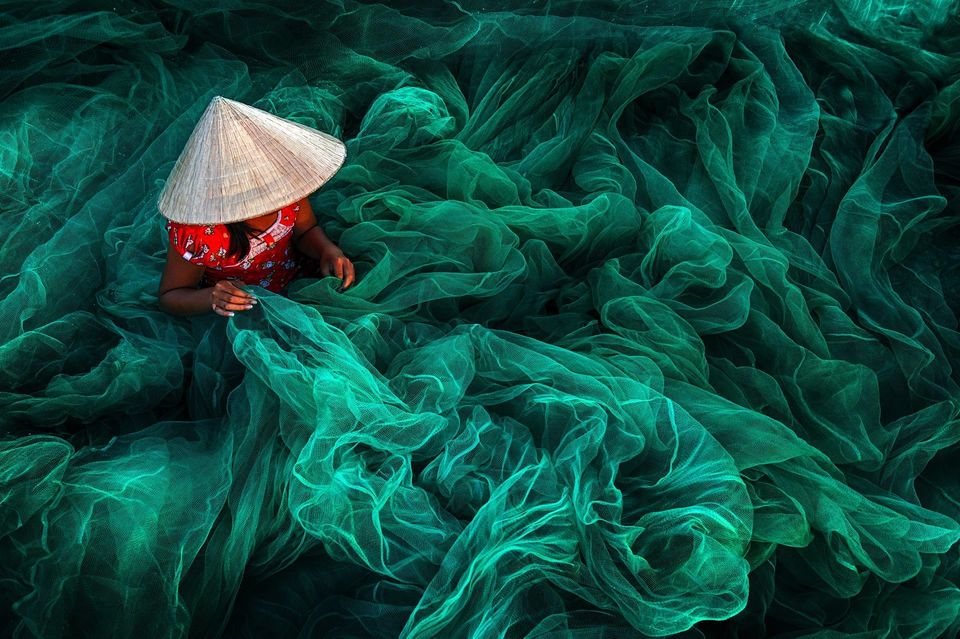