As an undergraduate creative writing major, a lot of my writing focused on inner city violence and the violence that I witnessed in my childhood living on the westside of Chicago. Inner city Chicago violence was a topic that was so fresh in my memory and something I thought of importance. I soon learned that many of my classmates in college did not share the feeling of importance of the countless lives lost due to gun violence. And one comment in particular from a classmate cut deep and spoke loudly to me.

My classmate, a white male, criticized me for writing about "things no one cares about". While frustrating and hurtful to read at the time, years later I can process what this meant and understand some of the truth in his comment. It is the same feeling I felt as a child watching a man take his last breaths as he laid helplessly, injured from multiple gunshot wounds. Minutes passed with no sign of help coming to save this man from death. I thought at that time that no one cares. 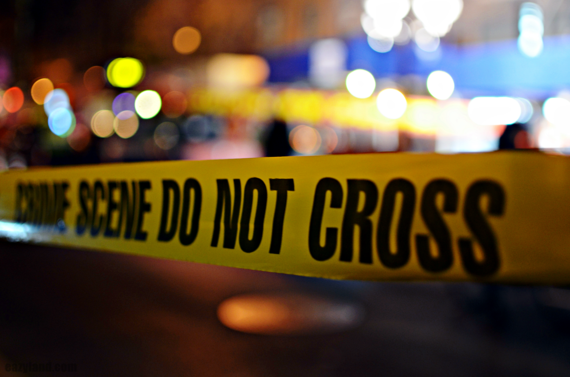 It is the same feeling I felt when business carried on as usual after classmates' lives were lost or I witnessed gunshot wounds. School carried on with no grief counselors to aide me or my classmates through the trauma we may have witnessed. It was apparent to me that no one cared.

I get the same feeling when I see that there have been 2,322 gunshot victims in Chicago since January 1, 2015. Babies are dying, grandmothers, college bound students, mothers, and fathers, but in the larger society, business resumes without a collective uproar of the tragedies happening on U.S. soil--a continuing war. It sends the message that no one cares.

So it is understandable to me why my classmate felt that no one cared about inner city black communities being plagued by gun violence. His parents probably didn't care, nor his grandmother, nor his great grandfather, nor ancestors before. He inherited an overall attitude that black lives are not valuable and that the plight of black people is a problem separate from mainstream society concerns. It is an attitude systematically perpetuated by years of injustice.

One of the biggest rebuttals to Black Lives Matter is this cliché myth of black on black crime. I cringe when I hear the words because I have a hard time grasping what this means. It seems that the term diminishes lives being lost because it focuses more on the race of the person doing the crime than on the human being affected by it.

I cannot imagine hearing of lives lost of someone of a different race than me and brushing it off as "their" problem. As a nation, citizens being affected by violence and having to live in unsafe communities is an American problem, not a black problem. Inner city Chicago gun violence is a collective problem, even if life affords us the comfort of not being directly affected by it. Are gunshot victims in Chicago among the things that "no one cares about" because the majority are black? Do we continue to pass down the ethos that black lives don't matter? Or do we acknowledge the problem and accept collective responsibility, sending a message to children, mothers, grandmothers, and grandfathers in inner city communities, depressed and traumatized by horrific scenes, that they do matter?