The Black Panthers saw themselves in the 1960s and '70s as a voice and a haven for the forgotten. FBI Director J. Edgar Hoover saw them as subversive terrorists.

The Black Panthers: Vanguard of the Revolution, a Stanley Nelson film that gets its TV debut Tuesday night at 9 in the PBS Independent Lens series, lands closer to the first view. 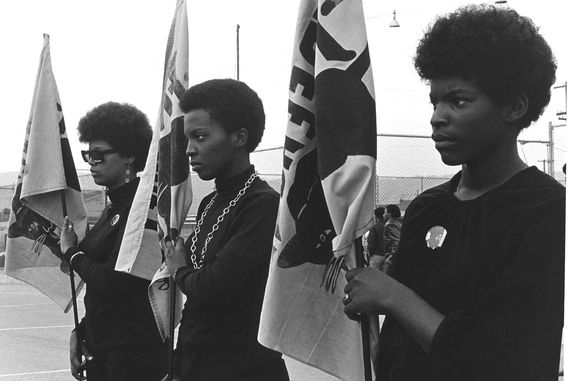 "As a filmmaker, I wanted it to be an accurate portrayal of the Panthers," says Nelson. "Whether it was something good or something bad.

"You can't tell the whole story in one film. But I hope you can get a truthful idea." 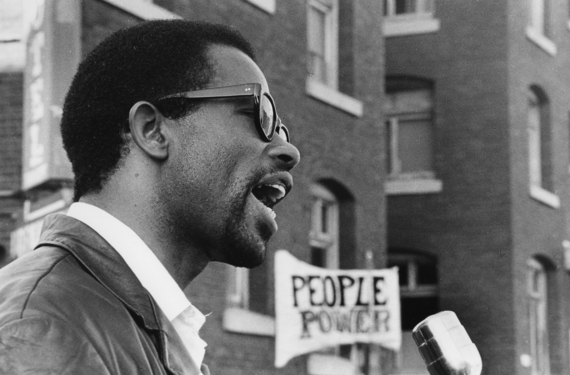 Vanguard chronicles the angry and sometimes violent infighting, most famously between leaders Eldridge Cleaver (above) and Huey P. Newton, that had erupted by the early 1970s and helped lead to the party's eventual dissolution in 1982 - just 16 years after it was founded.

Vanguard also notes that much of this infighting was seeded and provoked by the FBI's notorious Cointelpro infiltration campaign. Hoover's memos about the Panthers, included in the film, reveal the depth of his obsession.

The film doesn't shy away from scenes that help explain why the Panthers frightened some people. There was angry rhetoric and there were guns, which the Panthers said simply leveled the playing field with hostile authority.

In one scene, which to 2016 eyes looks like it was beamed in from another galaxy, a group of armed Panthers march into the California statehouse in Sacramento.

But the Panthers interviewed for Nelson's documentary say those scenes, while an important part of the story, defined neither the Panthers' mission nor their legacy.

"We were a community organization," says Ericka Huggins, who ran the Panthers' Oakland Community School from 1973 to 1981. "We provided things people weren't getting from the government or anyone else, like health care and a decent education."

One of the important innovations in those programs will sound surprisingly familiar today.

"We saw how going to school hungry affected children's learning," says Huggins. "So we developed a breakfast program. Now it's common, but before the Panthers no one was doing it."

Because of that kind of innovation, she says, "Every single morning I'd wake up feeling alive, like I was really helping people."

"Every day you'd have people coming in who were black, white, Latino, Vietnam veterans," she says. "Word spread that we could help. We never excluded anyone."

The Panthers also did it, former party member and later Columbia professor Jamal Joseph recalls, on the thinnest of shoestrings.

Because big foundations weren't exactly lining up to provide grants to the Black Panthers, he says, "We did it all with basically no money. We just found ways to get what we needed and somehow keep going." 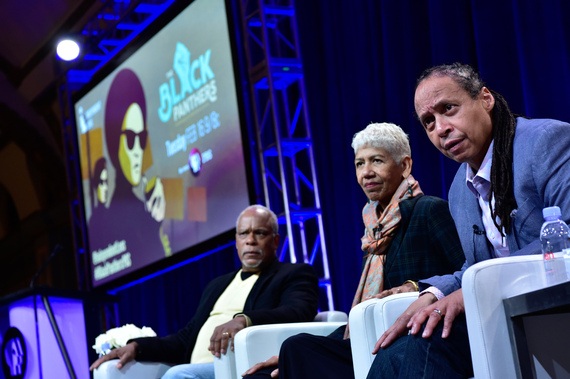 At the same time, say he and Huggins (above with Nelson), the Panthers became an active force in the wider geopolitical picture.

"We were in communication with liberation movements all over the world," Huggins says. "In Europe, in Africa, in the Middle East."

Back home, the Panthers at times aligned at times with other progressive and radical movements.

It was the Young Lords and the Panthers, Joseph recalls, who first began pressuring health care providers to create the Patients' Bill of Rights "that you now see on the wall of every hospital."

In the end, he says, the Panthers' influence exceeded their actual numbers.

The key point, he says, is that "we didn't want everyone to become a Panther. We wanted to make people aware of what needed to be done in their own community. If we had ever completely succeeded in that goal, we wouldn't have even had to exist." 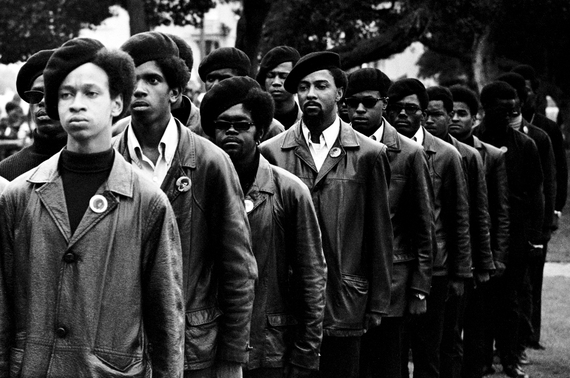 Progress in complex struggles almost never comes cleanly, however, notes Huggins, and she describes the Panthers in retrospect as "a continuum" in the long struggle for justice.

"It's important to look at history," she says. "The Panthers didn't come out of thin air. Since the end of slavery, plenty of well-meaning people had seen the needs we did.

"People living in poverty. Children with no health care. You saw this every day, and that's why people all over the world supported us - because we were willing to have this hard conversation about race."

If that sounds reasonable enough, Joseph warns everyone that it was not.

"Once you open up that conversation," he says, "you become a threat. When Malcolm X started talking about class struggle and rebellion, that's when he signed his death warrant."

It may be only through the eyes of history, says Nelson, that the Panthers can be put in proper perspective.

"If we came back in 300 years," he says, "I think we'd see that the Panthers were part of the civil rights movement. The Panthers took it to the next level, where it needed to go. You can't pull them out as something separate."

Nelson, whose previous documentary topics have included Jonestown, Wounded Knee, Emmett Till and the Freedom Riders, has a personal connection to the Black Panthers story.

"I was about the same age as Jamal when I heard about the Panthers," he says. "So a friend and I went to their headquarters and we were all yo, yo, yo. I didn't end up joining, but I had never seen a black person put a look a white person's face like the Panthers did." 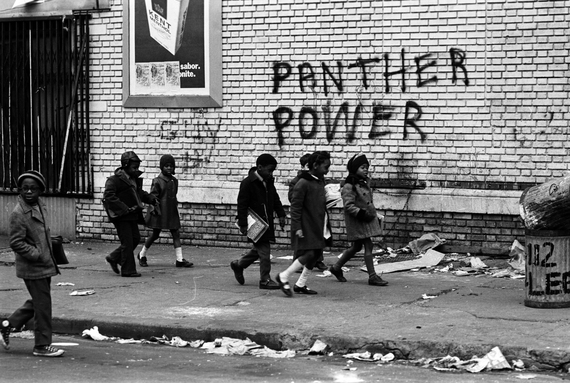 Both Huggins and Joseph say they've seen some progress since the 1970s, just not as much as they would like.

"Not a single item in the Panthers' 10-point program for justice and peace has been realized," says Joseph, while Huggins notes "12-year-old black children" are still being killed.

Perhaps, she says, this film can help.

"It's the beginning of telling the truth about the Panthers," she says. "I hope it will inspire people to step forward."