Pedestrians routinely contend with traffic hazards, but crossing the road may be even more dangerous if you're a minority.

A pilot study by the Portland State University-based Oregon Transportation Research and Education Consortium (OTREC) found that drivers were less likely to stop for black pedestrians waiting to use a crosswalk than white ones. The study is the first to examine the effects of race on pedestrian crossing experiences.

Per the study, trained observers standing out of sight to oncoming cars recorded whether the first car to approach yielded for the pedestrian, how many cars passed before someone yielded and the number of seconds that passed before the pedestrian could cross the street.

Observers found that black pedestrians got passed by twice as many cars as white pedestrians, and waited 32 percent longer to cross.

Though the sample size was small, the study has already prompted significant interest from the transportation community. Lead researcher Dr. Kimberly Kahn said she believes it's an important first step.

"We wanted to test this hypothesis to see if pedestrian's race would influence driver's yielding decisions at crosswalks," Kahn told The Huffington Post by phone. "For this first initial study, we wanted to see if the effect was even there, and even with the relatively small sample size, we saw a significant variation between races."

Kahn, who studies implicit bias in the field of social psychology, said the results of the study didn't surprise her, but that the reaction among transportation experts, who haven't studied these types of biases as much, has been "really striking."

Nationwide, pedestrians account for 13 percent of all motor vehicle traffic-related deaths, according to the Centers for Disease Control. But African Americans are disproportionately represented in that group, dying at a rate 60 percent higher than non-Hispanic whites, according to a 2014 study from the community development non-profit Smart Growth America.

In addition to concluding that drivers behave differently toward pedestrians based on their race, the OTREC study found that "black pedestrians were passed by twice as many cars and waited nearly a third longer to cross than white pedestrians."

Previous studies have indicated drivers behave differently based on the age of the pedestrian and the socioeconomic status of the driver (spoiler: the rich are the worst behind the wheel), but the OTREC study found stark differences based on race.

"These implicit racial attitudes and biases are more likely to influence our behavior when we have to make split-second decisions, when we're distracted and when we have a lot going on -- like when we're driving," Kahn said.

“It’s amazing to look at something you thought might be subtle and to see it instead so clearly,” said Tara Goddard, another researcher who worked on the study.

The team has already won a research award from the CDC, and Kahn said they are now in the running for a 2-year CDC grant, which will enable them to expand the sample size of the study, look at race and gender dynamics in driver bias and replicate the effects in different types of crosswalks. 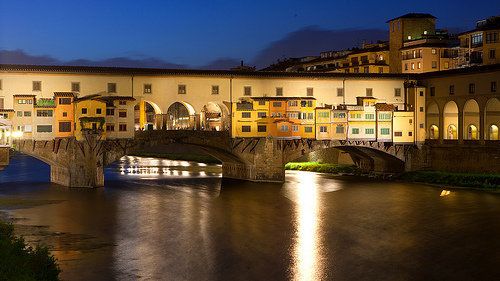 1 / 9
Florence, Italy
Some Italian cities are clogged with cars, but, in others, four-wheeled vehicles are delightfully absent from the narrow cobblestone streets and piazzas. Rome might be the Eternal City and Milan the world's fashion capital, but Florence is one of the Earth's most pedestrian-friendly cities. Walking is the best way to soak in the historic, sometimes-fairy-tale-like Florentine atmosphere. The Renaissance buildings, narrow cobblestone streets, wide piazzas and centuries-old bridges spanning the Arno River bring pedestrian sightseers the quintessential Italian city experience. Many of the city's main sights are located in its historic central district. Attractions that can be reached easily on foot include the incomparable Uffizi Gallery, the Piazzale Michelangelo, and the famous Ponte Vecchio, shown here.
<a href="http://www.flickr.com">Flickr</a>:<a href="http://www.flickr.com/photos/44717021@N06/8032044663">hozinja</a>