AMSTERDAM, Nov 15 (Reuters) - Police arrested 60 people on Saturday as protesters clashed at a traditional Dutch festival for children which critics say is racist, but that many locals defend as harmless fun in the run up to Christmas.

The event re-enacts the arrival of Saint Nicholas, bringing presents for children and helped by his sidekick Black Pete, who is invariably played by a white person with a blackened face.

The celebration is increasingly seen as racist in a country that has become more diverse and multi ethnic since World War Two. But supporters of Black Pete say he is an integral part of Dutch culture that is now underfire from outsiders. 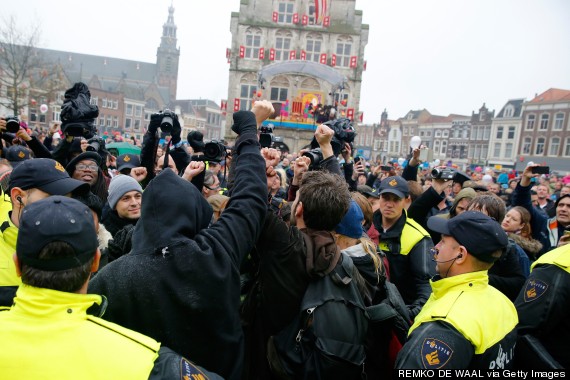 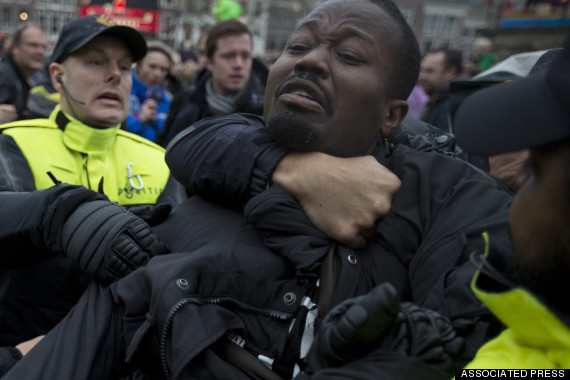 Dutch cities take it in turn to host the start of the annual festival, with Gouda kicking off this year's carnival. Scuffles soon broke out between protesters demonstrating both for and against the occasion, and police made dozens of arrests.

Some children got mixed up in the trouble, Gouda mayor Milo Schoenmaker was quoted as saying by news website nu.nl, adding that he was "disappointed" by the confrontations.

Most of those detained were arrested for staging their protest in the center of the medieval city, where the festival was taking place, rather than taking part in authorized protests in designated zones that were well away from the party.

In recent years, city authorities have come under pressure to ban or modify the event. This year there was talk of experimenting with orange, yellow or even rainbow Petes.

Dutch Prime Minister Mark Rutte was drawn into the row this week, telling reporters that the future of Black Pete was not something that politics could resolve.

"Personally, I think he can stay black. But this is a matter for the community. It is not a task for politics," Rutte said in his weekly press conference. "As you know, I'm in favor of small government," he added. (Reporting by Thomas Escritt; Writing by Crispian Balmer) 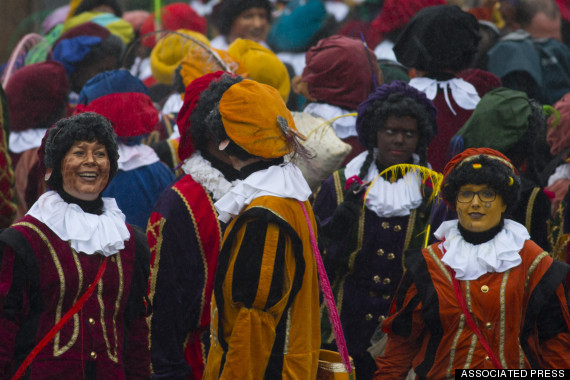 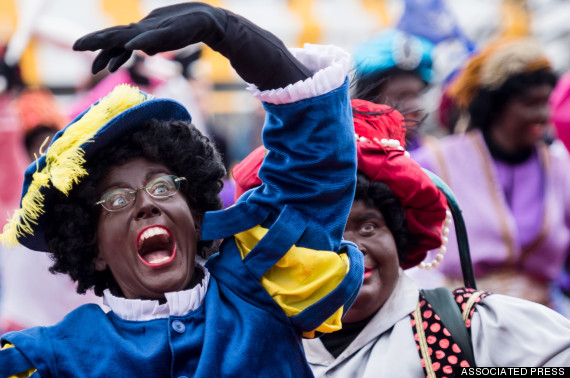